Flower Record at VDNH: Over One Million Flowers Blooming This Anniversary Summer

On its 80th anniversary, VDNH set a new record: for the first time ever, its visitors could admire more than one million flowers. The jubilee summer is over, but the autumn at VDNH still delights citizens and visitors of Moscow with an array of bright colours. 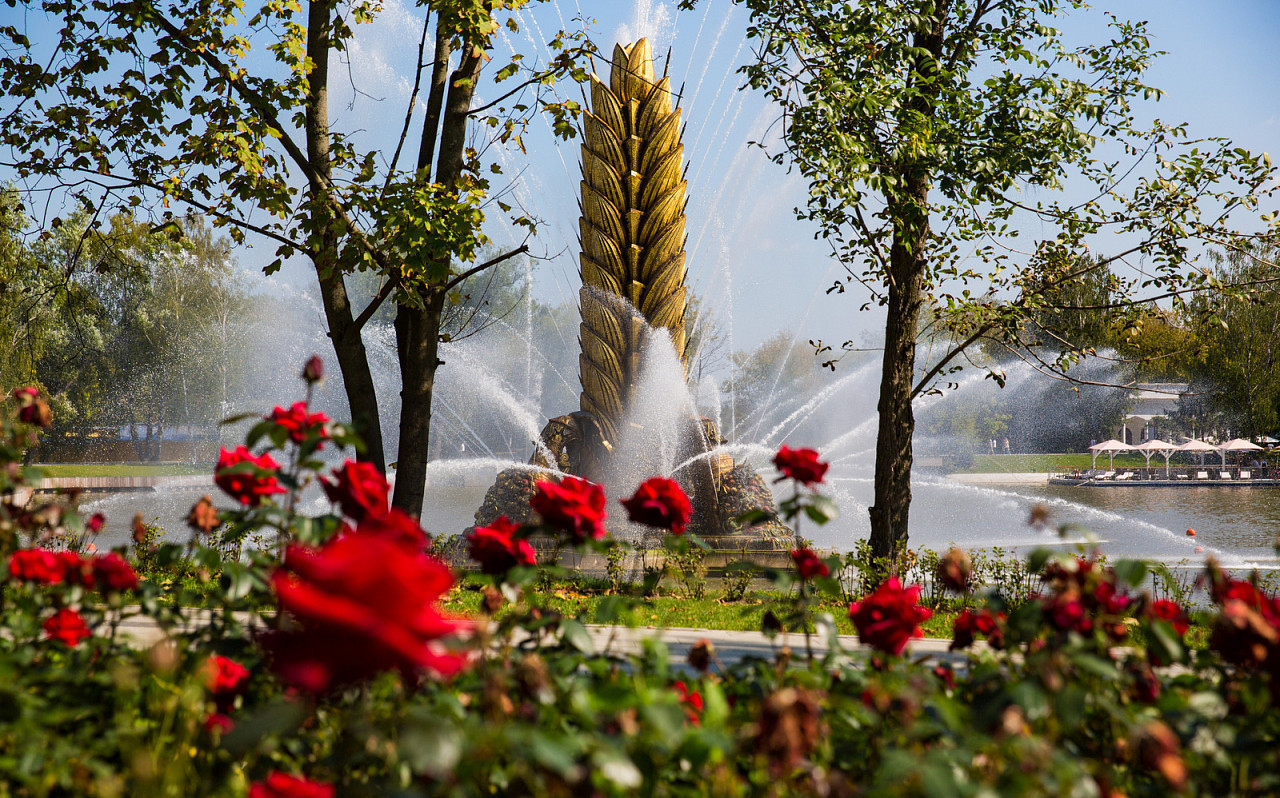 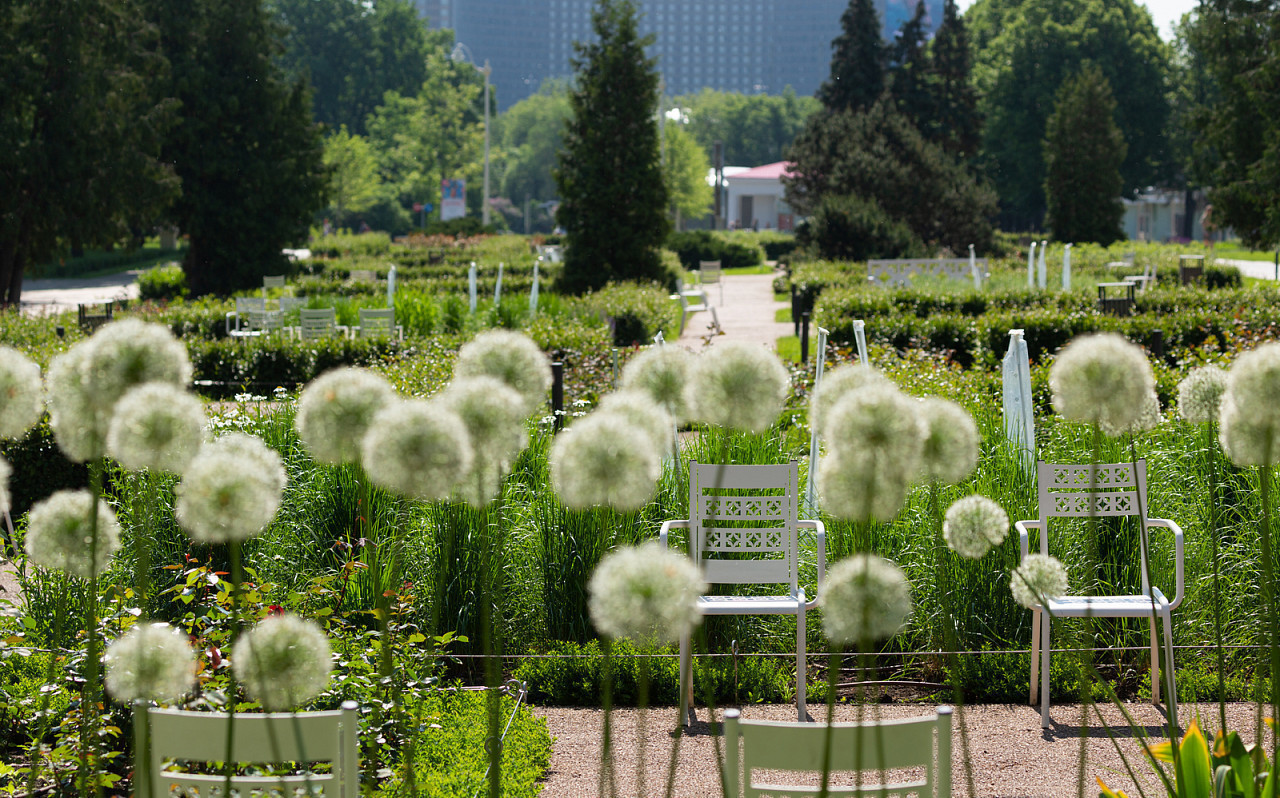 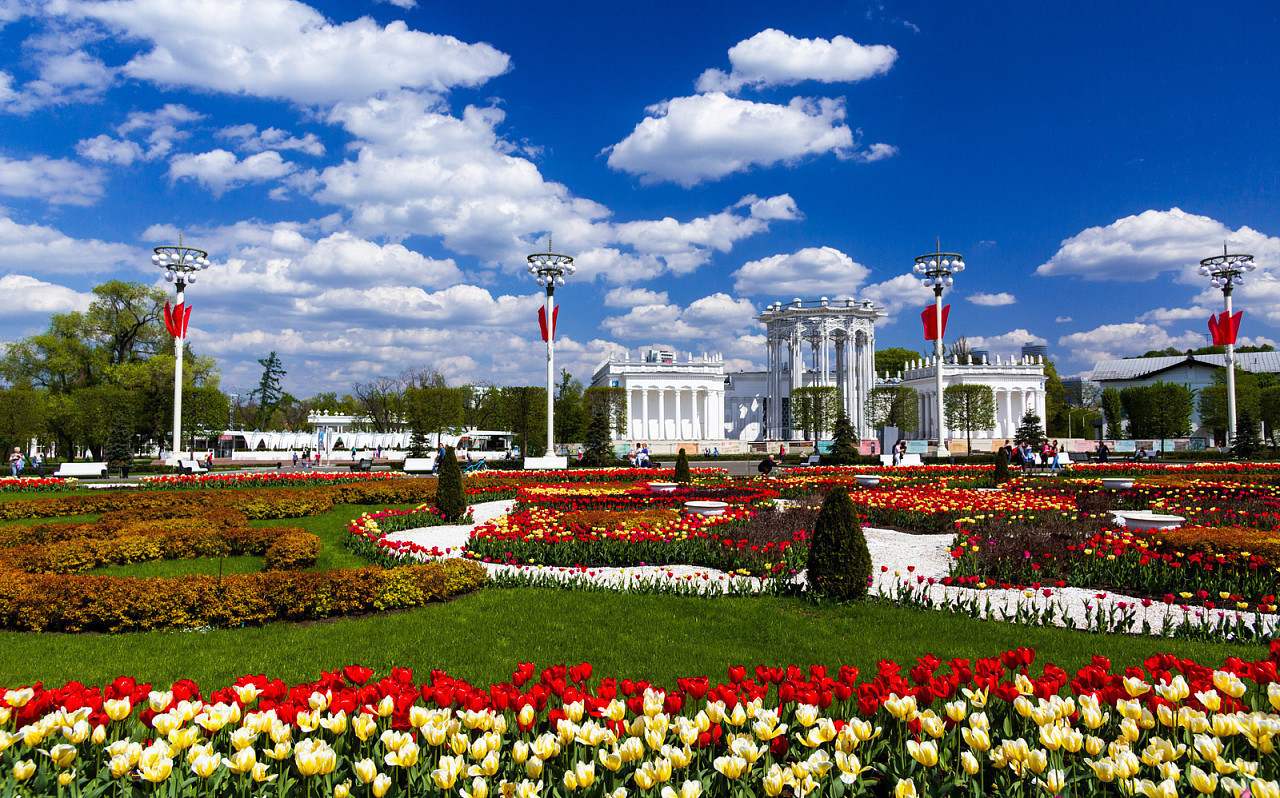 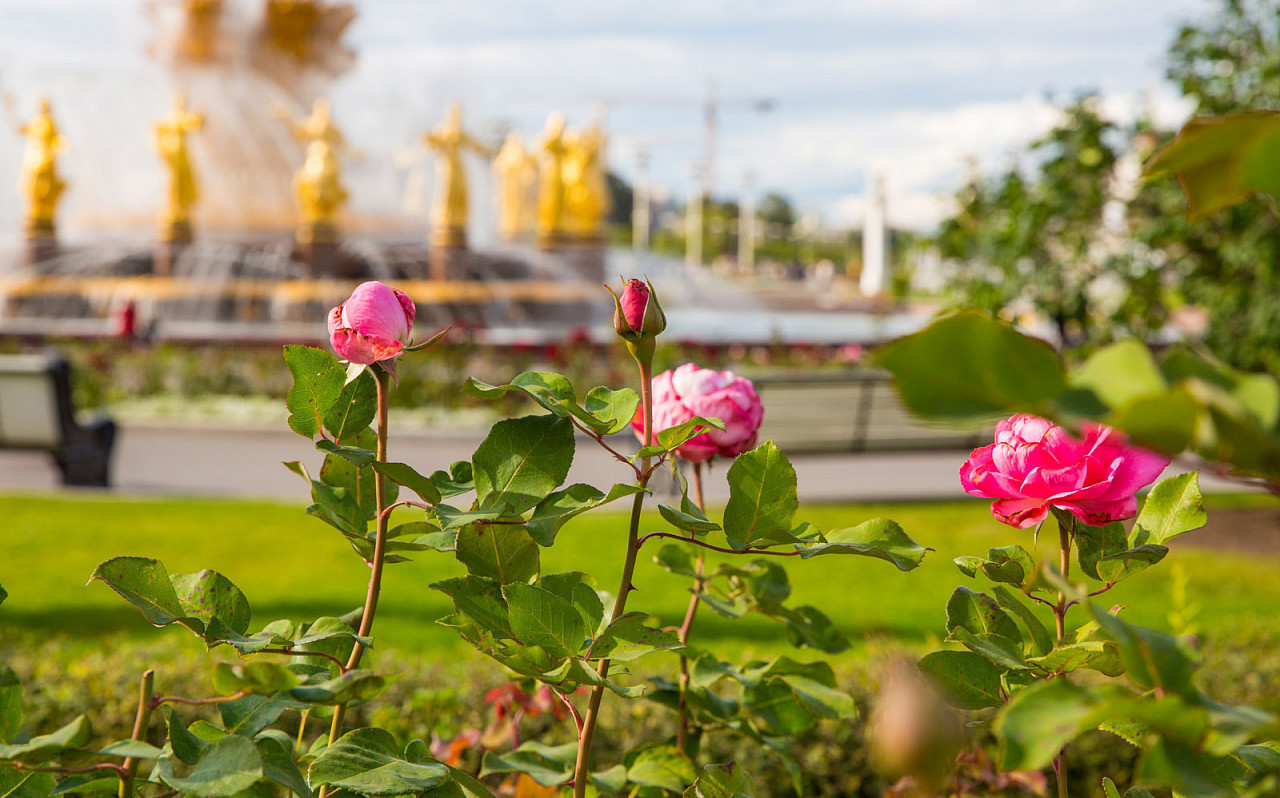 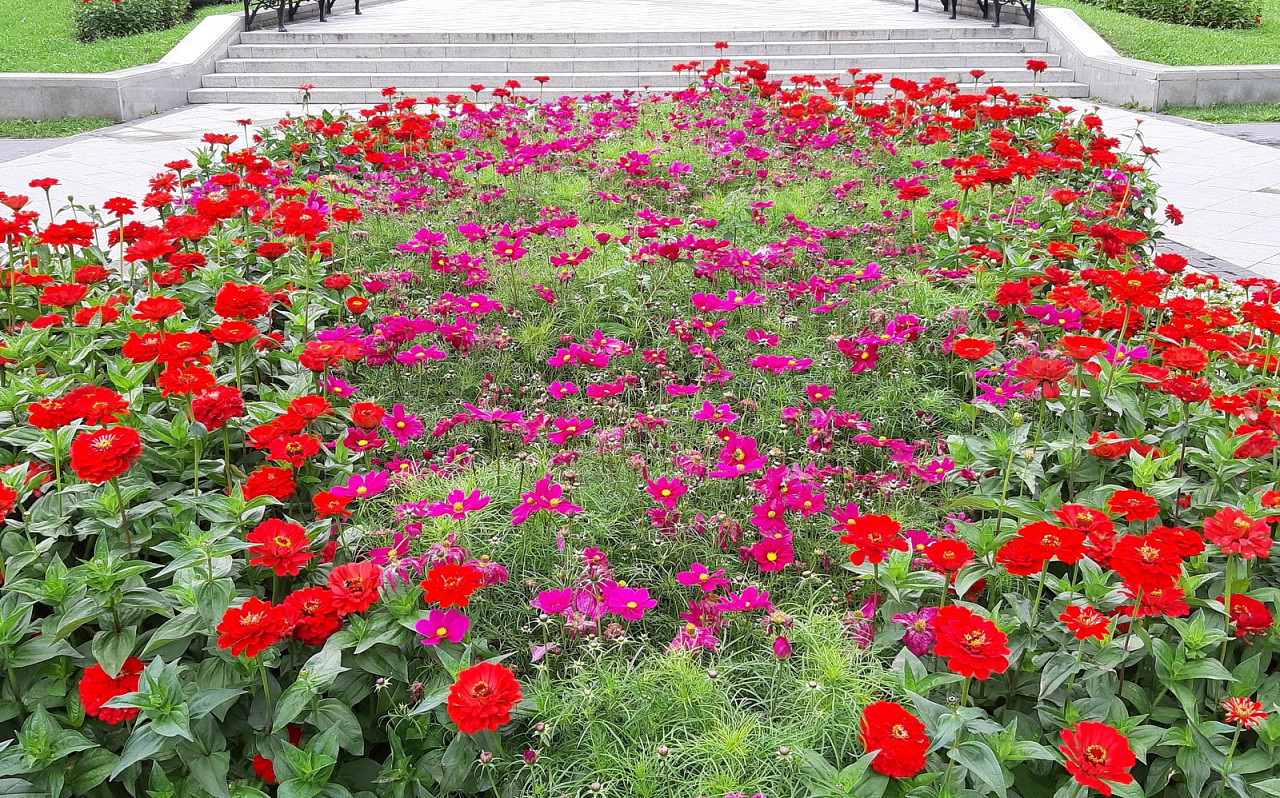 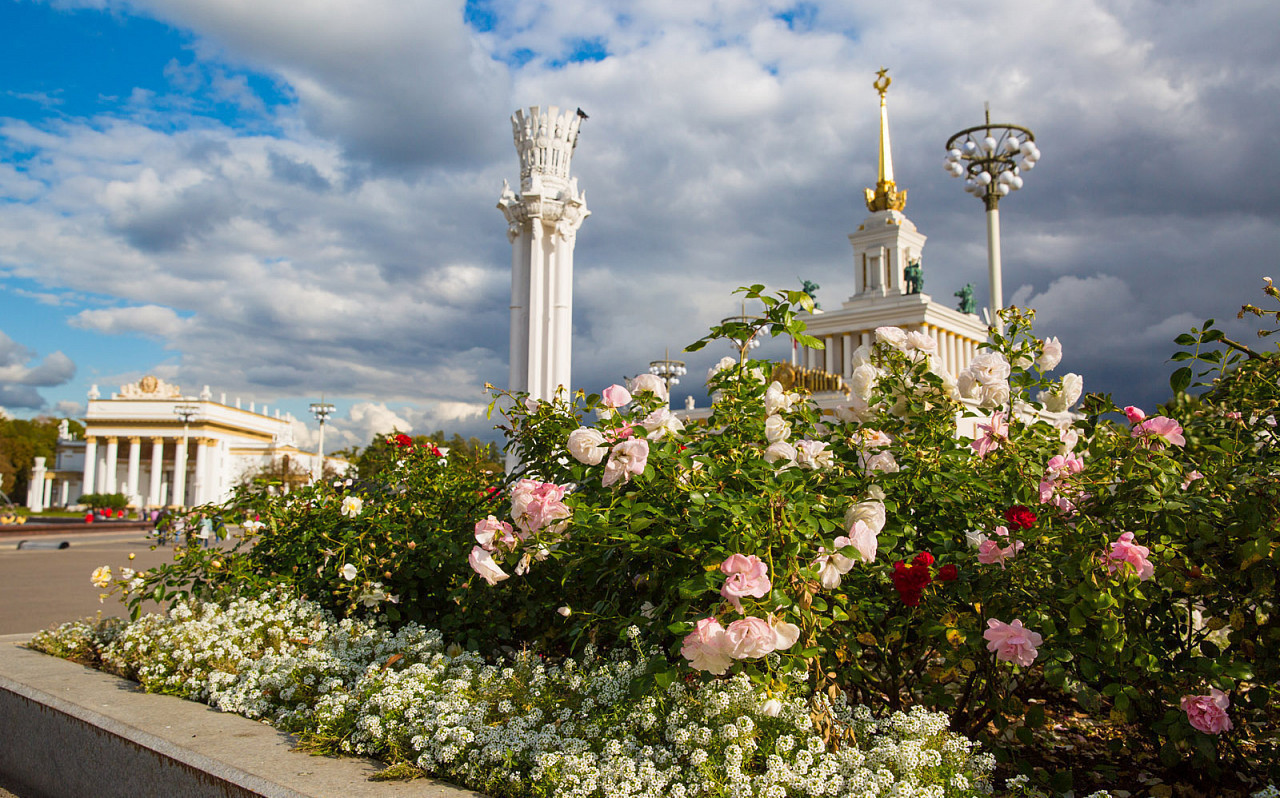 On its 80th anniversary, VDNH set a new record: for the first time ever, its visitors could admire more than one million flowers. The jubilee summer is over, but the autumn at VDNH still delights citizens and visitors of Moscow with an array of bright colours.

Workers restored patterns in the flowers beds between the fountains Friendship of the People and Stone Flower using blueprints from the 1950s, especially for the anniversary of the Exhibition. Additionally, in 2019 new flowers blossomed at VDNH for the first time: beeblossom, scaevola, painted tongue, verbena, and lilies.

Back in summer 2018, VDNH staff arranged more than 20,000 cubic metres of fertile soil and in the autumn planted new flowers. About 4,000 roses were planted along the perimeter of the enfilade of fountains in front of the Central Pavilion, as well as 12 flower beds, including white alissums, cannas, blue verbena, gray cineraria and blue sage. In total, over one million different flowers bloomed this jubilee summer at VDNH.

Even though the summer has drawn to a close, you will be still be able to see lots of colourful flowers at the Exhibition before late October. These are some cold-resistant plants: hydrangeas, echinacea, verbena, salvia, alissum, certain types of roses and begonias. Admire them on the Central Alley, in rose gardens, in the Garden of Lovers, on the Round Road, and the square by the fountain Friendship of the People.

To help visitors find their way around and for tips on where to look for certain flowers during different months, we have created a calendar Flowers of VDNH. Our expert gardeners and landscape designers recorded all the different plant and flower species growing at the Exhibition in a table. The calendar has the exact names, locations, and expected blooming period of all the plants in the Exhibition.

There will be even more flowers at VDNH in 2020. Our landscape designers are planning to plant more in the Sibirsky Park, Nalchiksky lot, and other areas of the Exhibition.