On October 19, 2017, the Film Museum, Dom Knigi (Book House), and the Beekeeping Museum opened at VDNH. They will become part of the unique exhibition space, Museum City. 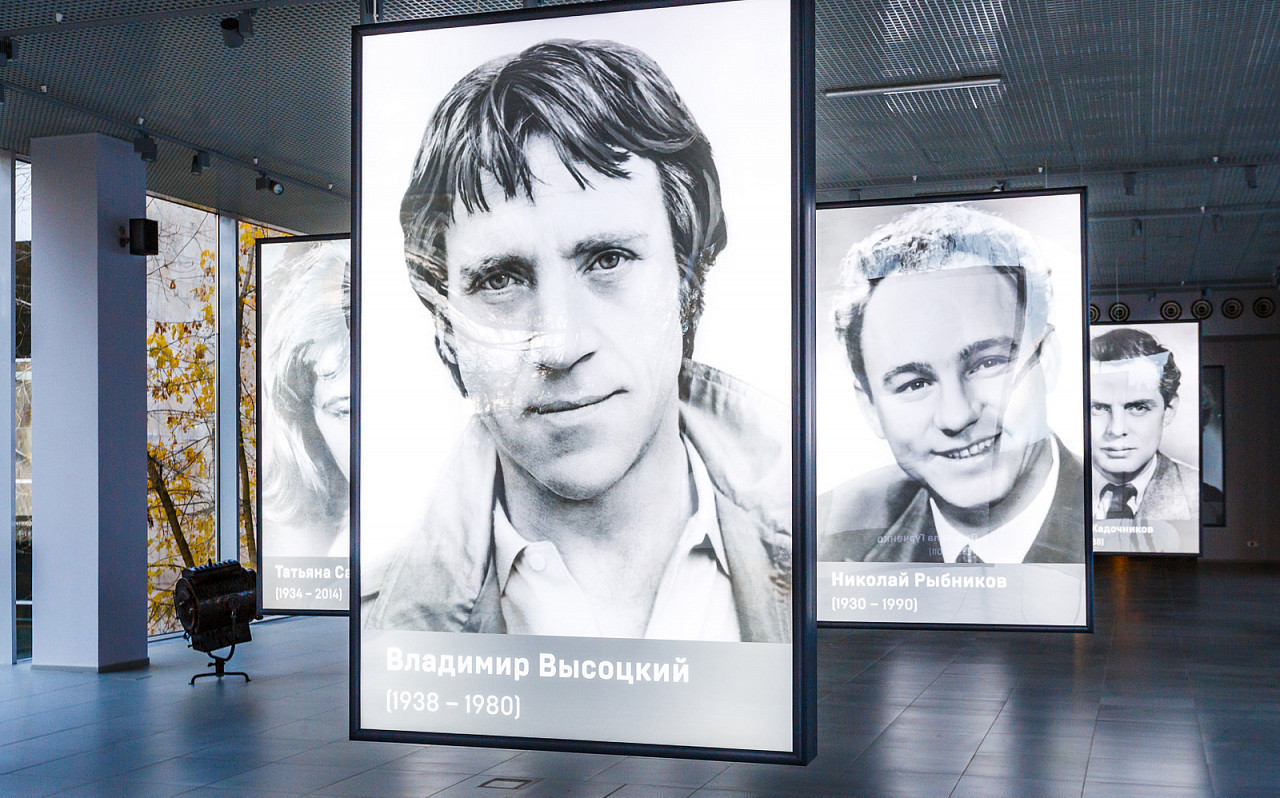 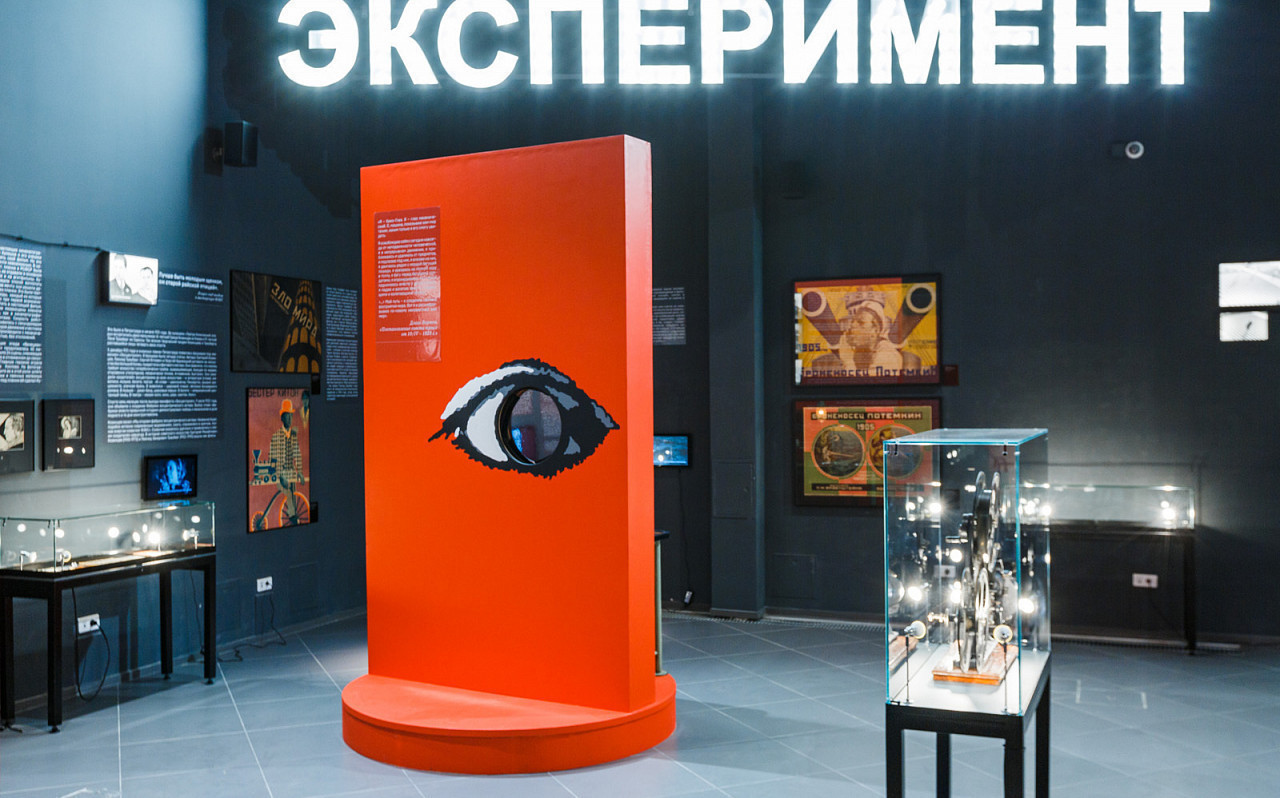 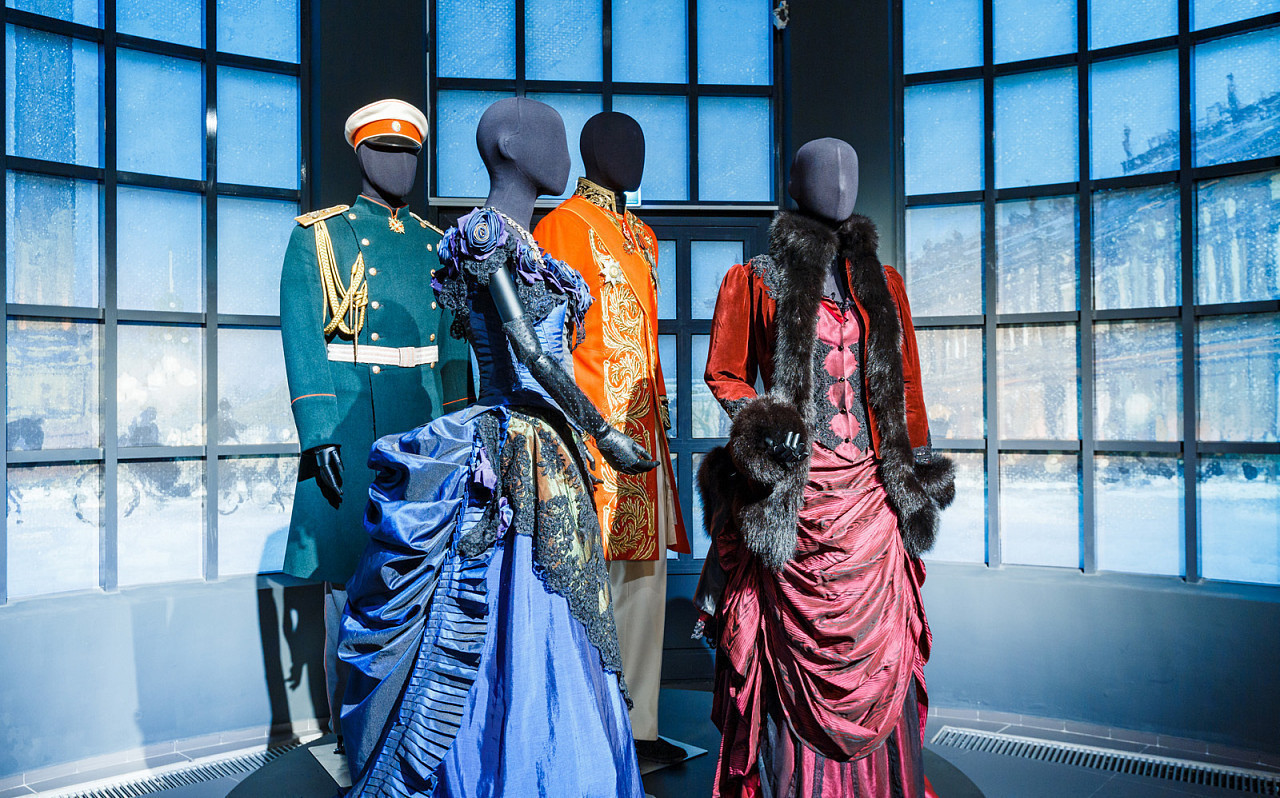 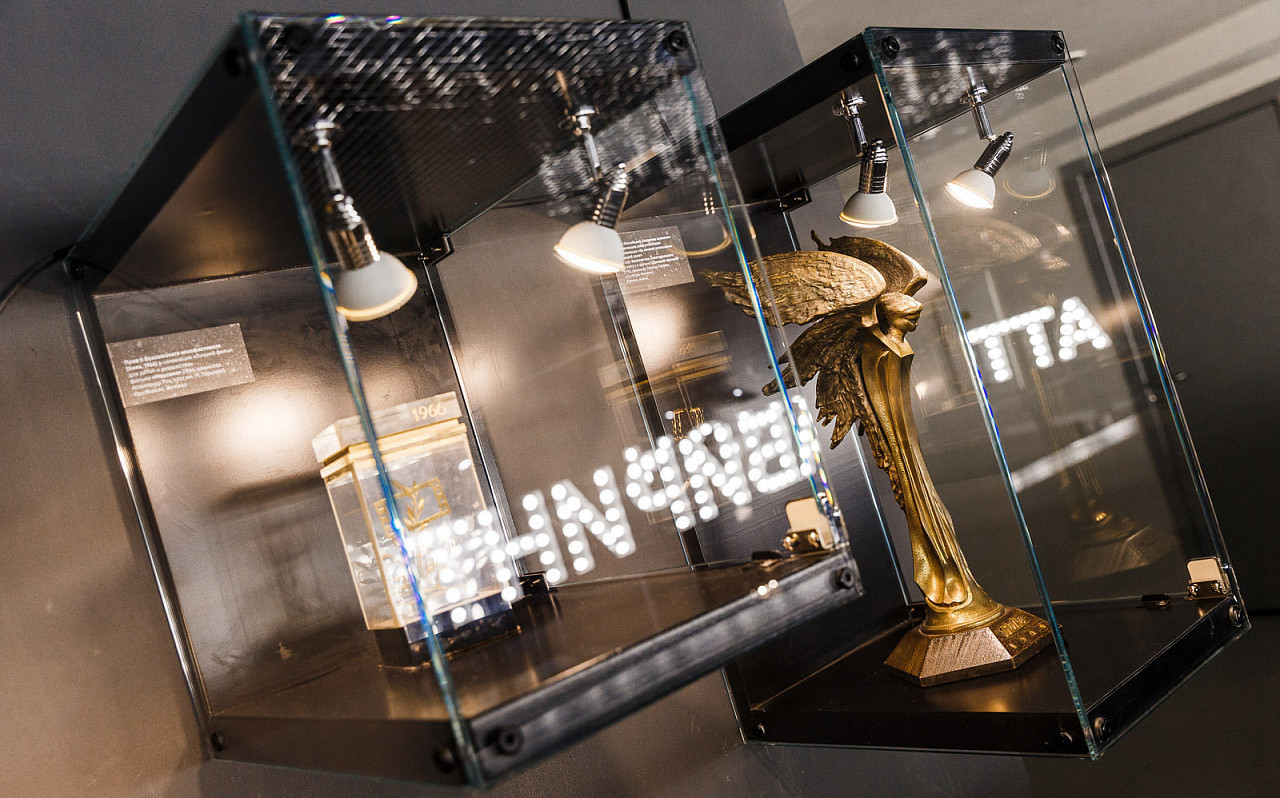 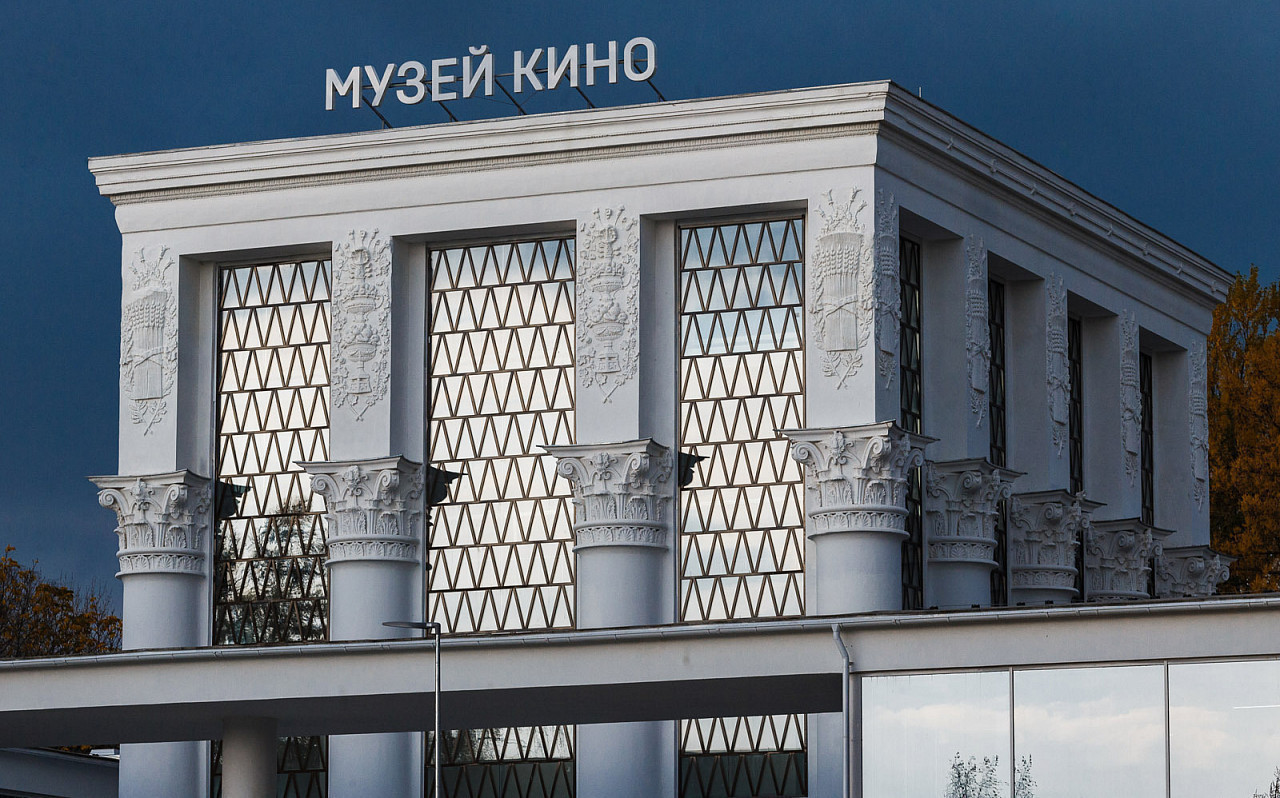 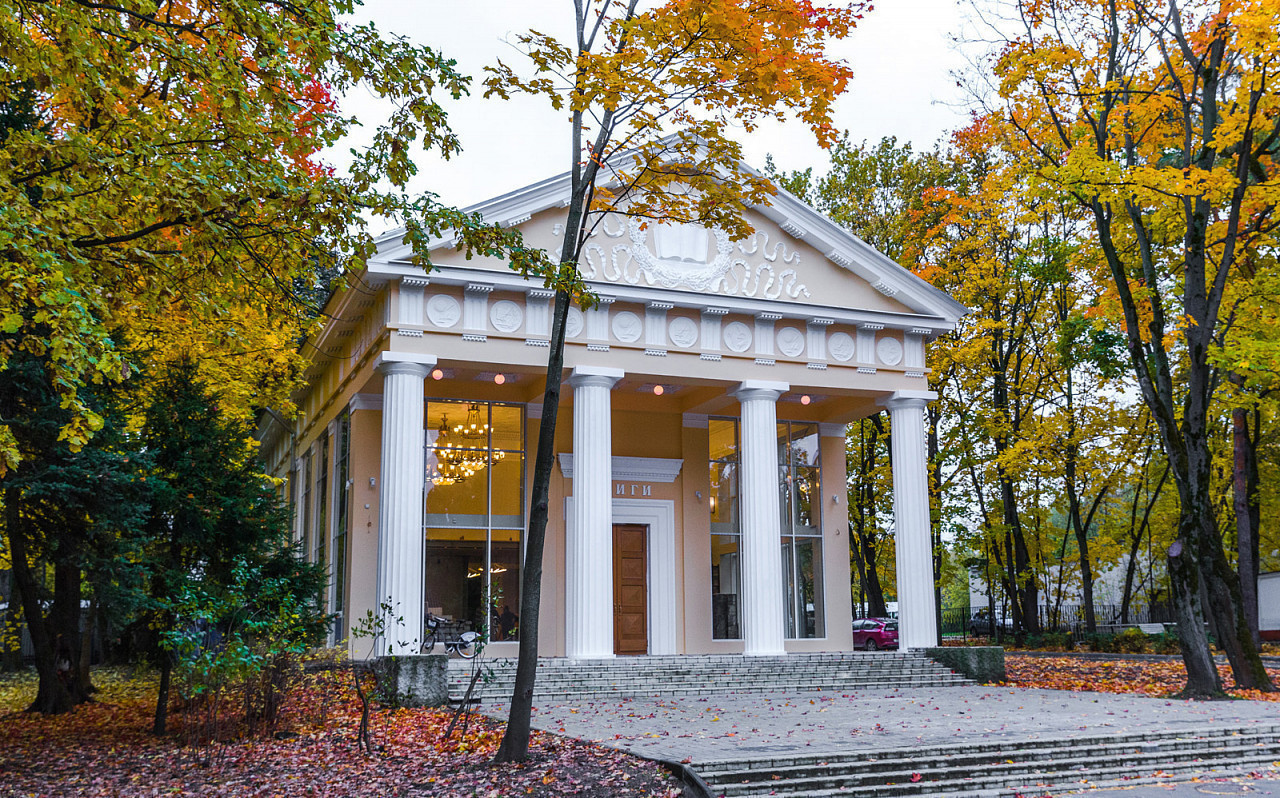 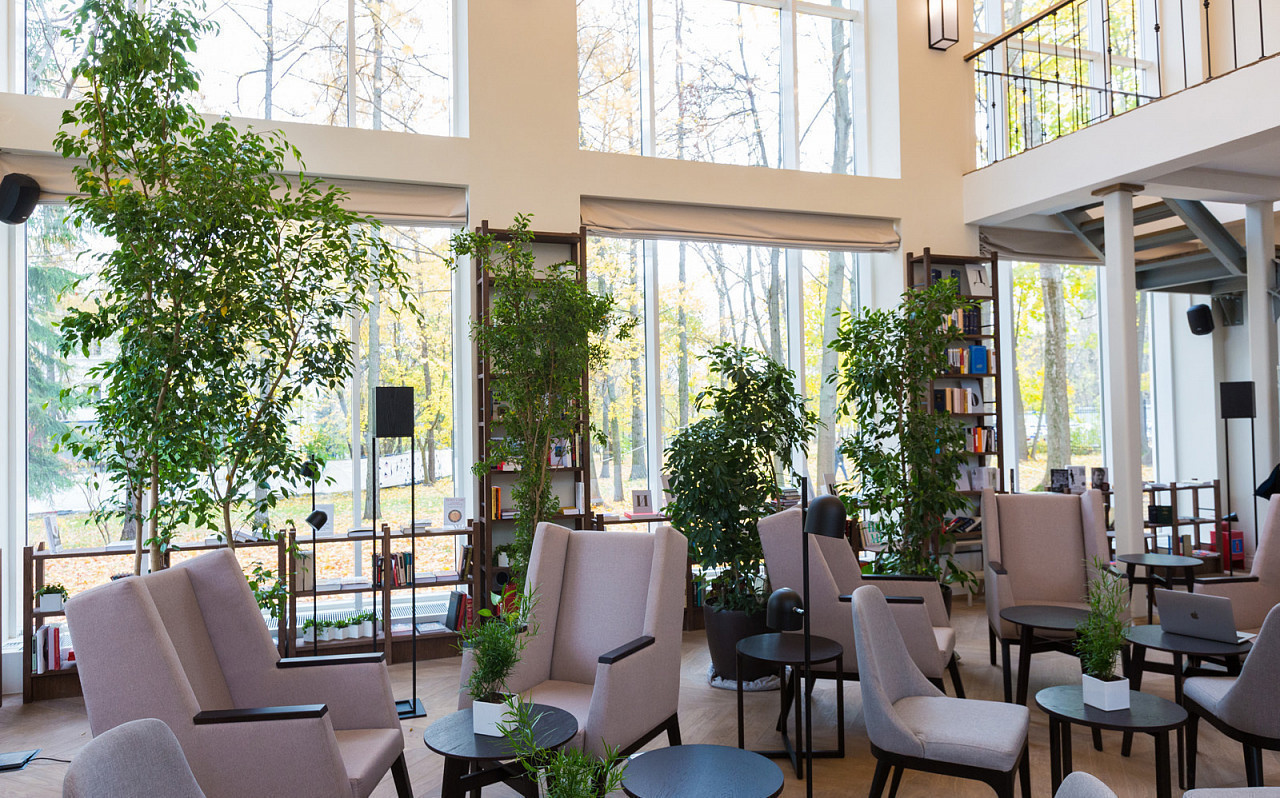 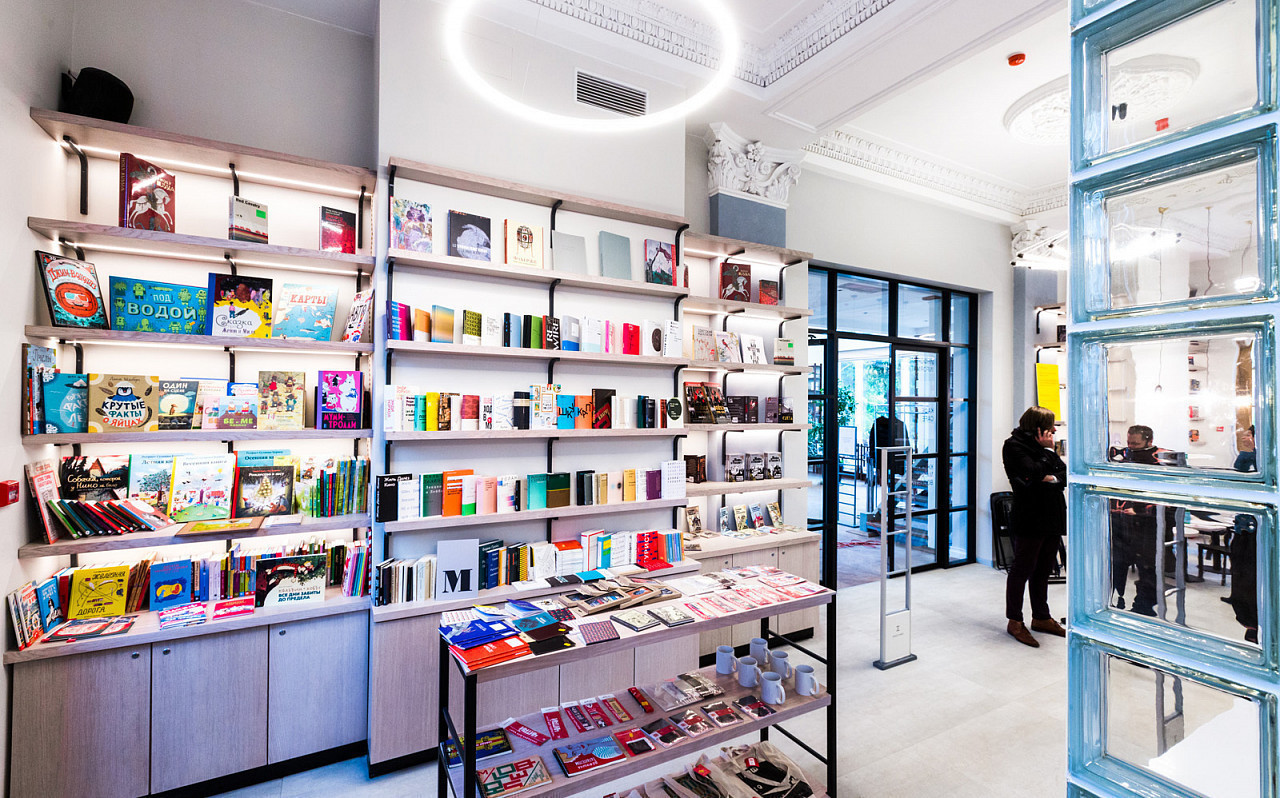 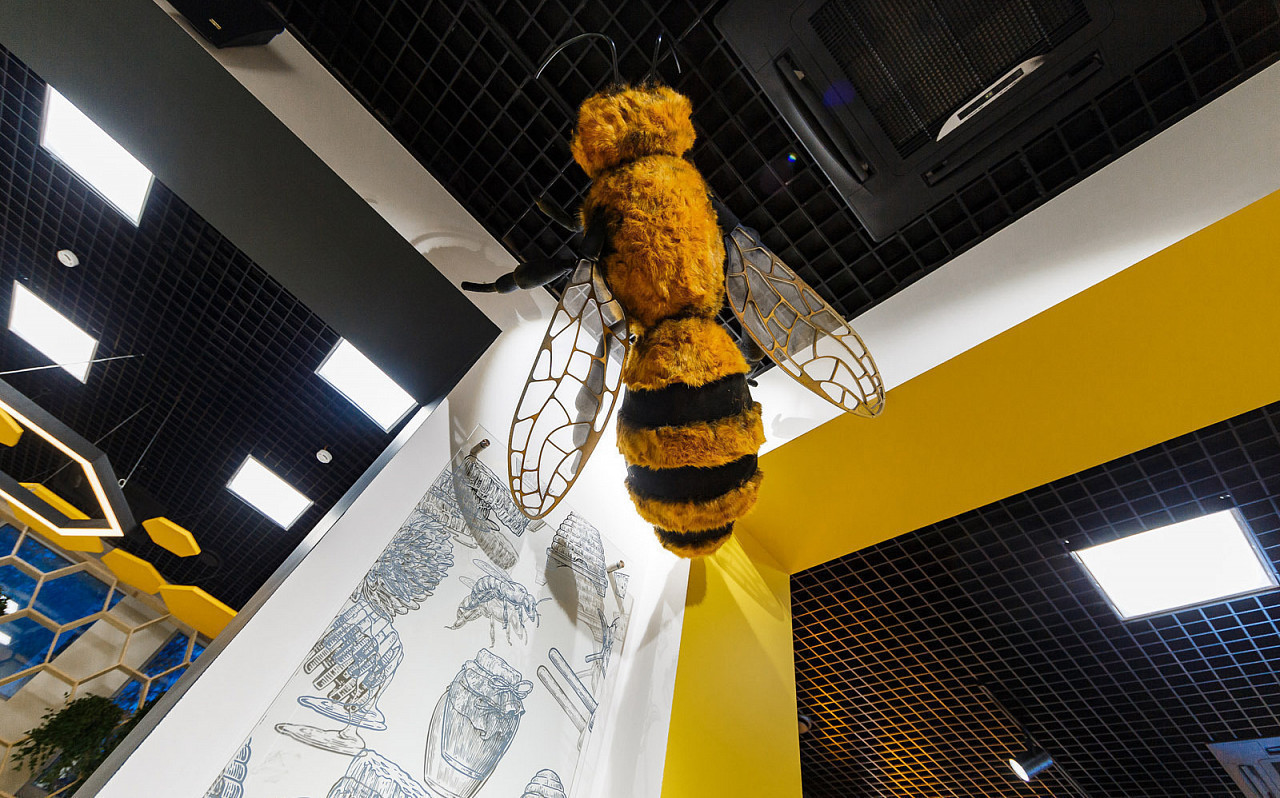 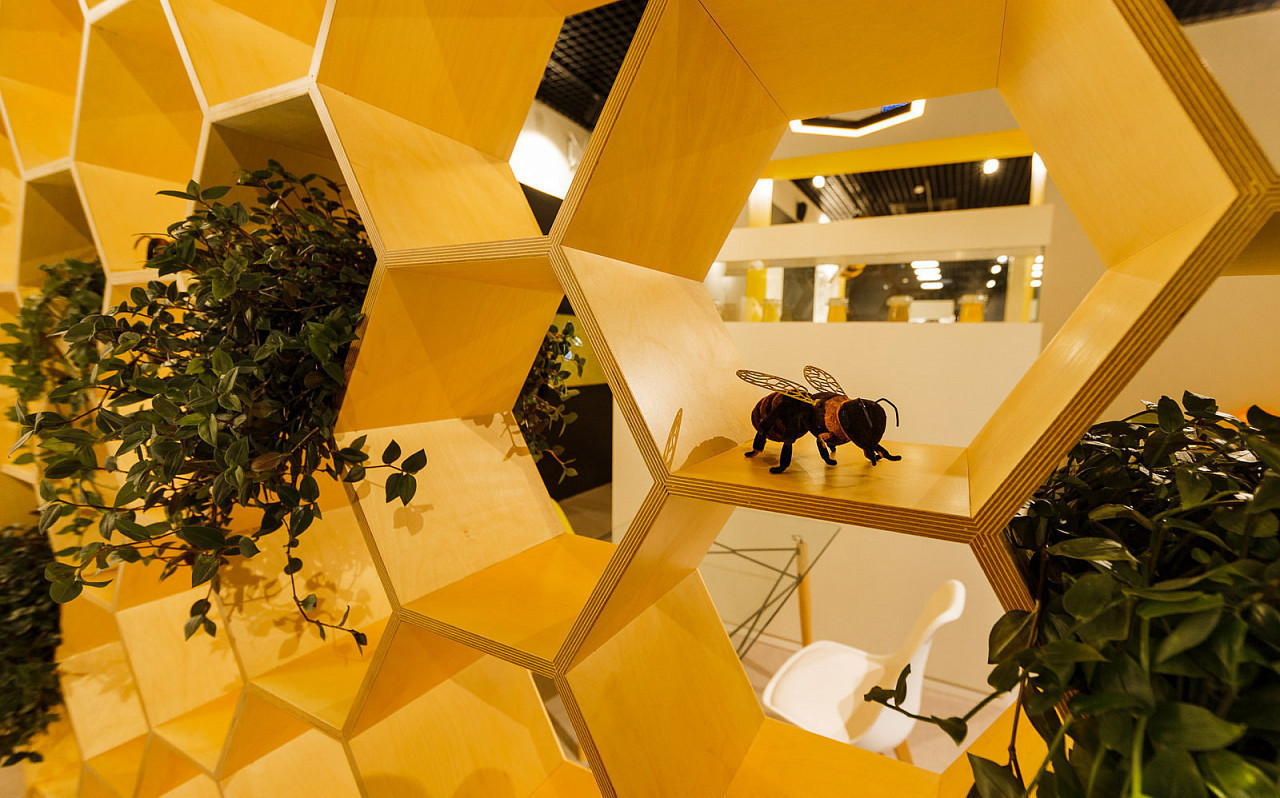 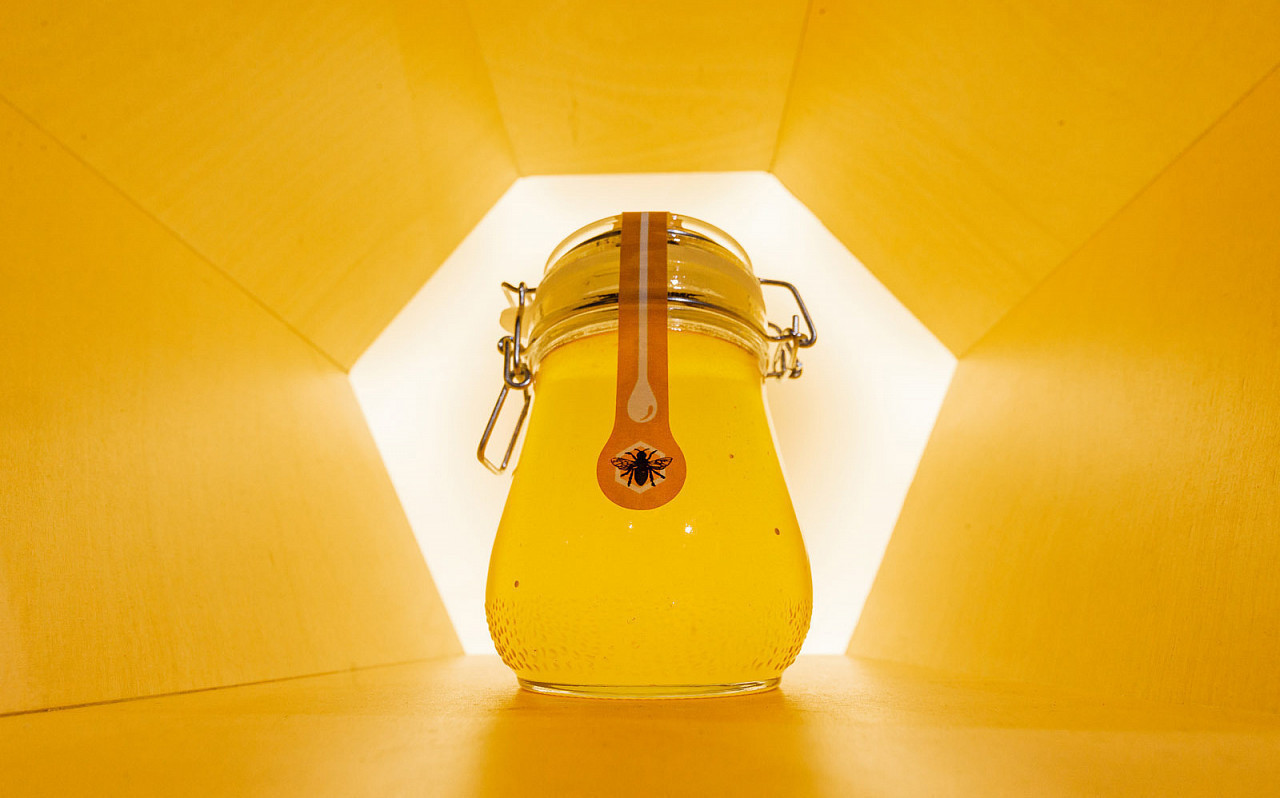 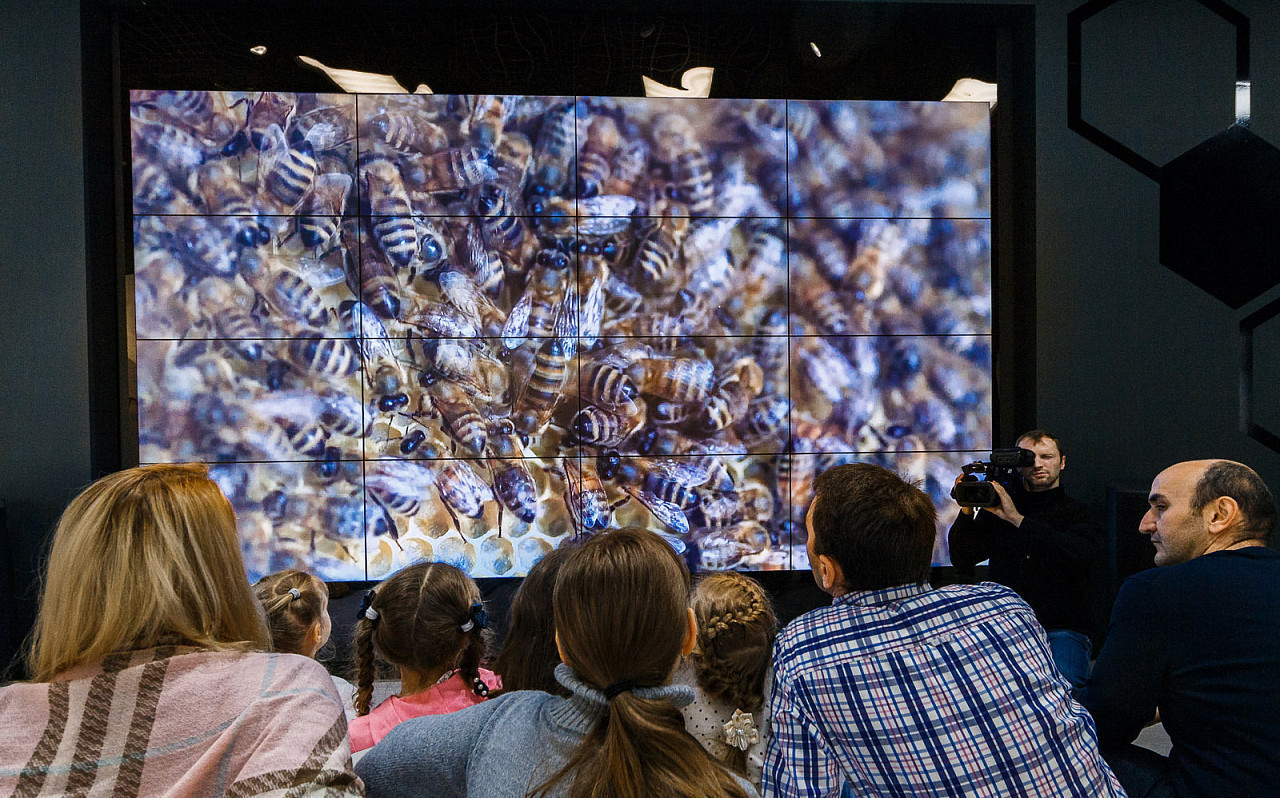 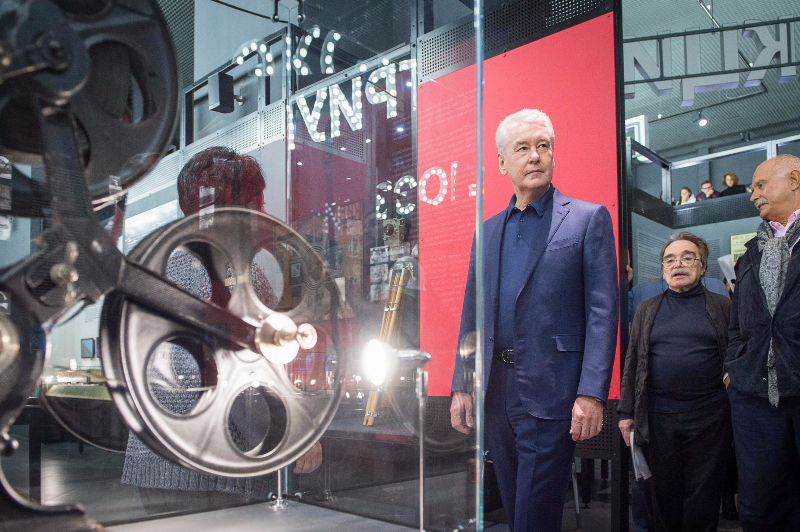 As Sergey Sobyanin put it, VDNH is becoming more than just an entertainment, exhibition and promenade space: it is turning into a major museum complex.

Six museums are already working at VDNH, and ten more will open in the near future. I congratulate Muscovites on the appearance here of the wonderful Film Museum — a museum dedicated to the wonderful history of Soviet cinema, which not only Russia but the whole world can be proud of. I appreciate the contributions of all those who participated in the project.

He also stressed that Moscow is a major cultural megalopolis, with 450 museums. More than 20 million Muscovites and foreign guests visited them last year.

As Vladimir Medinsky, Russia's Minister of Culture, pointed out, VDNH is turning before our eyes into one of the most alluring and fascinating cultural sites in the whole country, not merely in the capital.

Six museums at VDNH are already open to visitors. The Film Museum, which opens there today, has for the first time obtained its own premises. It was established, as we all know, in the days of the USSR, then closed and turned into a tiny, dark storeroom beneath Mosfilm. Thanks to Mosfilm, the museum's collections were kept safe.

Vladimir Medinsky invited visitors to the exhibition space: "I'm inviting everyone here not only in order to learn about film history. There are three theatres here, where lecture courses and fascinating events will be held. Come visit VDNH, come visit our new Film Museum."

Larisa Solonitsyna, the director of the museum, added that the new space may become a magnet for specialists in the field.

Today, we need to transmit to modern filmmakers the conception of the cinema that used to hold sway, the experience that has already been accumulated, to share our basic foundation with them so that they come up with new ideas. So that they remember the high bar that was once set by the remarkable founding fathers of our cinematic tradition.

A new home for the Film Museum

The State Central Film Museum is quite new. It was established in March 1989 following the reorganisation of the Museum Department of the All-Union Bureau for the Promotion of Film Art. It received the status of state museum only in 2001.

The museum moved constantly. From its opening until 2005, it was located in the Film Centre on Krasnaya Presnya, then the main exhibition moved to Mosfilm's headquarters, while events were held at different venues around the city. Since October 2014, the Central Film House has been one of the official venues of the Film Museum, and in May 2015, it signed an agreement concerning the long-term rental of VDNH's Pavilion No. 36.

From its establishment until July 1, 2014, film expert and historian Naum Kleiman was the museum's director. Now, Larisa Solonitsyna holds that position.

Pavilion No. 36 is situated by the Third Kamensky Pond, between the restaurant The Golden Spike and the Aviculture Pavilion.

The 5,440-square-metre building was constructed in the early 1950s by architects Pyotr Revyakin and Yury Sheverdyaev. Visitors to VDNH might remember it by the names "Agroprocessing" or "Water Management". The pavilion was restored in 1974–1975, but in the 2000s, it was rented out as office and storage space.

Work to retool the building for modern use began in the spring of 2016. The facades, roof, entry spaces and interiors were renovated, the foundation, walls and flooring were strengthened, even the utility lines and windowpanes were replaced.

The pavilion now houses three theatres, permanent and thematic exhibition zones, halls for lectures on the history and theory of film, a cinema snackbar, and a brand shop. The equipment installed in the theatres supports both analogue (16 and 35 mm) and digital formats.

The scientific and memorial office of Sergei Eisenstein has also become part of the museum. Here, the director's genuine personal belongings, drawings and manuscripts will be exhibited. Here, the master's films will be shown non-stop.

In addition, the collections of the State Central Film Museum have been brought from Mosfilm to Pavilion No. 36. They include photographs taken during the shooting of films at VDNH as well as advertisements, posters and stills of those films.

The Beekeeping Museum is located in the 470-square-metre pavilion of the same name.

In 1990s and 2000s, the building was in poor condition. Half of it was empty, while the other half was used for retail business.

The historic pavilion underwent renovation in May–September 2017. The decorative elements of the entrance space and the facade were restored, and the roof and utility networks were repaired. The building was also adapted for people with limited mobility.

The building has now been transferred to Moscow's Department of Natural Resource Management and Environmental Protection, and the space has been divided into several parts.

The science and history exposition displays clothes and tools used by wild-honey farmers 300 years ago and those of the present-day beekeeper, as well as historic artefacts related to honeycraft in Ancient Rus: wax candles, vessels for storing honey and many other things.

The commerce and exhibition space will surprise visitors with an extensive assortment of organic produce from apiaries and souvenirs. The interactive and multimedia halls will offer thematic games, movies about the life of bees, and models of bees as well as of animals, birds and insects that are bees' natural helpers or enemies. A recreation zone and a café are also available to visitors.

Pavilion No. 516, Dom Knigi, was built on 411 square metres in 1952–1954 according to architect V.M. Bochkaryov's design. The highlight of the building is the four-column Doric portico, crowned with a triangular pediment. In the tympanum (the inner triangular face of the pediment), there is a relief image of a book within a wreath of oak twigs. Surrounding this are a hammer and sickle and ribbons waving to the sides.

Until 2009, the pavilion was used as intended — as a bookstore. This was discontinued because of the building's poor condition.

Restoration began in April of this year. By September, experts had restored the decorative elements of the facades and the interiors of two floors, restored the historic chandeliers, repaired the roof, and replaced the external and internal utility lines.

For convenience of visitors, the space has been divided into several zones. Guests can visit the bookstore, the café or the reading hall, where anyone can study or just read a book on a sofa while wrapped up in a comforter.

There is also a lecture hall — a space for writers' events, literary lectures and educational projects, literary evenings, presentations of new books and film screenings. An additional park area will make it possible to hold open-air events when it is warm outside.

The restored pavilion is an example of how a Soviet building can be reconceived in the 21st century, regaining its intended function as a public space for intellectual leisure. In short, Dom Knigi at VDNH will be a contemporary book club open to everyone.

It boasts an extensive library of the best modern editions of fiction and nonfiction releases, including rare and short-run books. A literary-recommendation service is available: visitors can talk to a professional literary scholar and create a personal reading plan. A book concierge will help them find the required book anywhere in the world and arrange to have it shipped. Thematic selections have also been created for the use of bibliophiles, based on recommendations by famous people — from Albert Einstein and Steve Jobs to Asya Kazantseva.

The entrance zone is equipped with touch screens where visitors can view the book catalogue or add their names to a reading queue. There is also mini printing office where anyone can print his or her own book. There are plans to set up a new bookcrossing point here, as well. Bookcrossing is a popular movement that involves passing on books you've already read to people who are interested in them.

When the restoration of VDNH's pavilions is complete, ten new museum-exhibition spaces dedicated to various artistic and scientific fields will open to the public. They will comprise part of the unique Museum City.

The VDNH Museum, which will open in a wing of the Main Entrance arch, will be the gate to this city and a key area of the complex. Specially designed expositions will show the history and transformation of the Main Exhibition of the Country. They will make it possible to follow the various stages by which the pavilions were constructed and find out the names of the artists, sculptors and architects who contributed to their creation. Anyone will be able to use the e-archive to find photographs and information on the history of each of the Exhibition's pavilions.

One of the largest areas of restoration is Pavilions No. 32–34, "Space", where the new centre's Cosmonautics and Aviation exposition will be located. In designing the plan of the future centre, feedback from more than 400 Moscow residents was taken into account. They voted in the Active Citizen project.

Experts have already restored the sculptural ensemble on the pavilion's roof and its unique dome. The facades and bas-reliefs were restored on the basis of historical drawings. The finishing touches are being applied to the inside of the building. The restoration should be fully complete by the end of the year.

A Geology Museum will open at Pavilion No. 31, "Geology", which was not used for many years due to its poor condition.

In 2018, an exposition dedicated to the past, present and future of Slavic literature will open at Pavilion No. 58, "Farming". The ROSIZO Gallery at Pavilion No. 66, "Culture", will showcase Russian art of the 20th and 21st centuries, and Pavilion No. 13, "Healthcare", will host an ongoing exhibition, Museum of the Orient.

Also, the Museum of the Olympic Committee of Russia will open at Pavilion No. 15, "Radio-electronics and communication". A nuclear-energy museum sponsored by the Rosatom State Corporation will open at the unique Pavilion No. 19 on Industry Square.

Some of the exhibitions of the future Museum City are already open to visitors. For example, Pavilion No. 26 on the Central Lane is hosting the Polytechnic Museum's exposition "Russia Does It Itself". This exhibition is dedicated to the scientific discoveries, inventions and innovations of our compatriots.

The House of Vintage Music museum (Pavilion No. 84a) and the historical park Russia — My History (Pavilion No. 57) can also be visited.

Since September, Pavilion No. 67, "Karelia", has been hosting sculptor Daniel Arsham's first one-man exhibition in Russia. In November, a Kazimir Malevich exhibition will open at the Pavilion of the Worker and the Kolkhoz Woman. Apart from the "Black Square", a unique collection of items will be displayed, embracing the various facets of the work of one of the founders of the Russian avant-garde. One of the elements of the exhibition will be Malevich's designs for Victory Over the Sun, the futuristic opera by Mikhail Matyushin and Aleksei Kruchyonykh. There will be sketches and costumes created by the artist for the opera.

The new museums and exhibitions are expected to attract around 5 million people a year to VDNH.