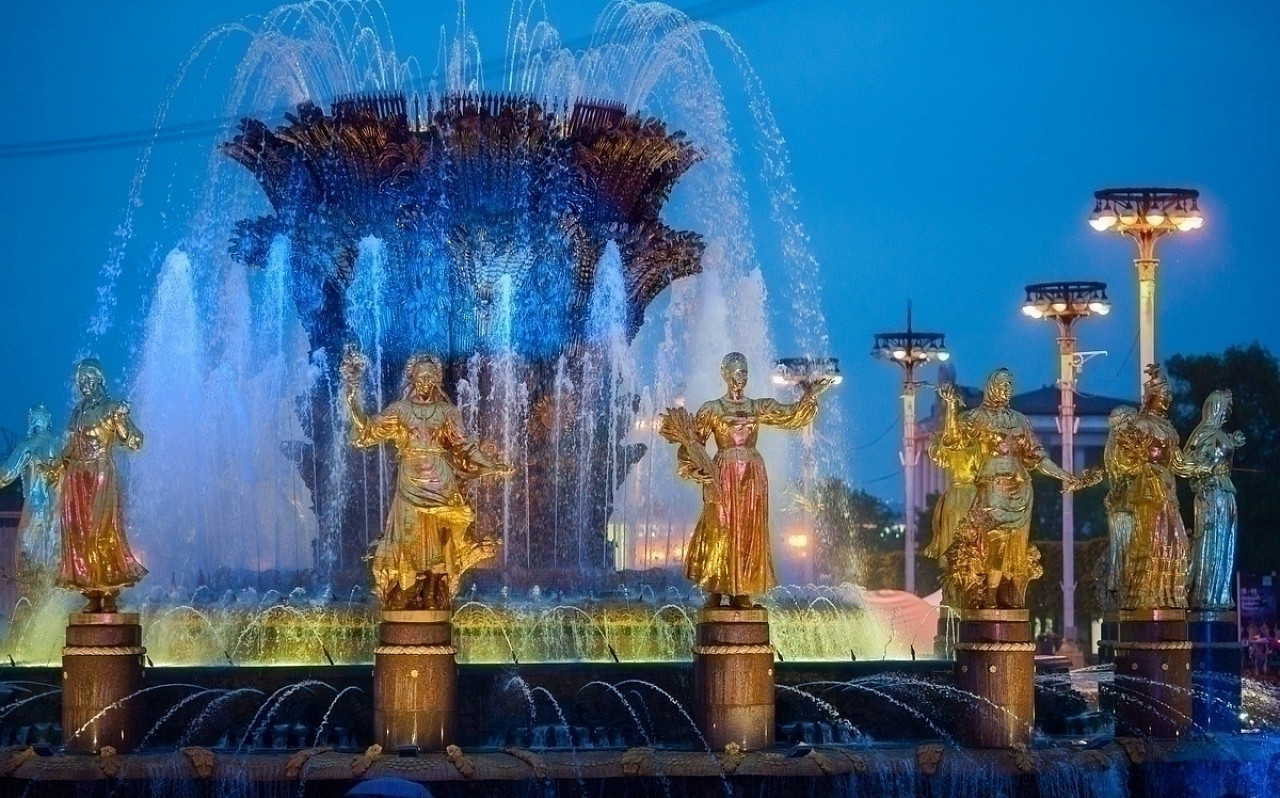 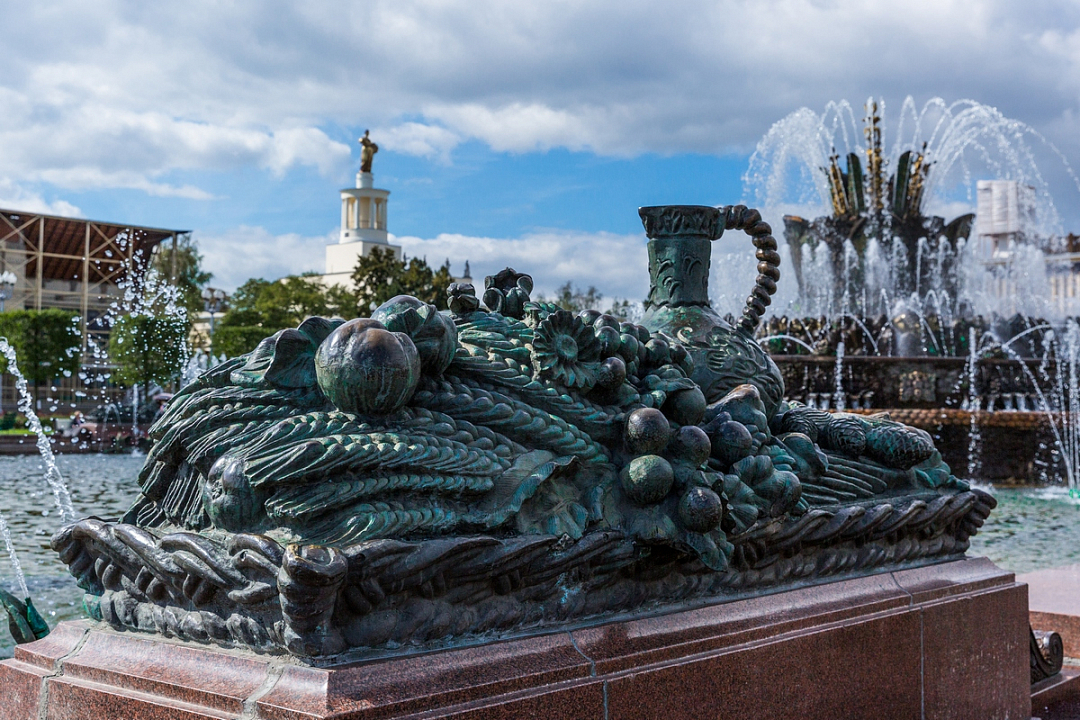 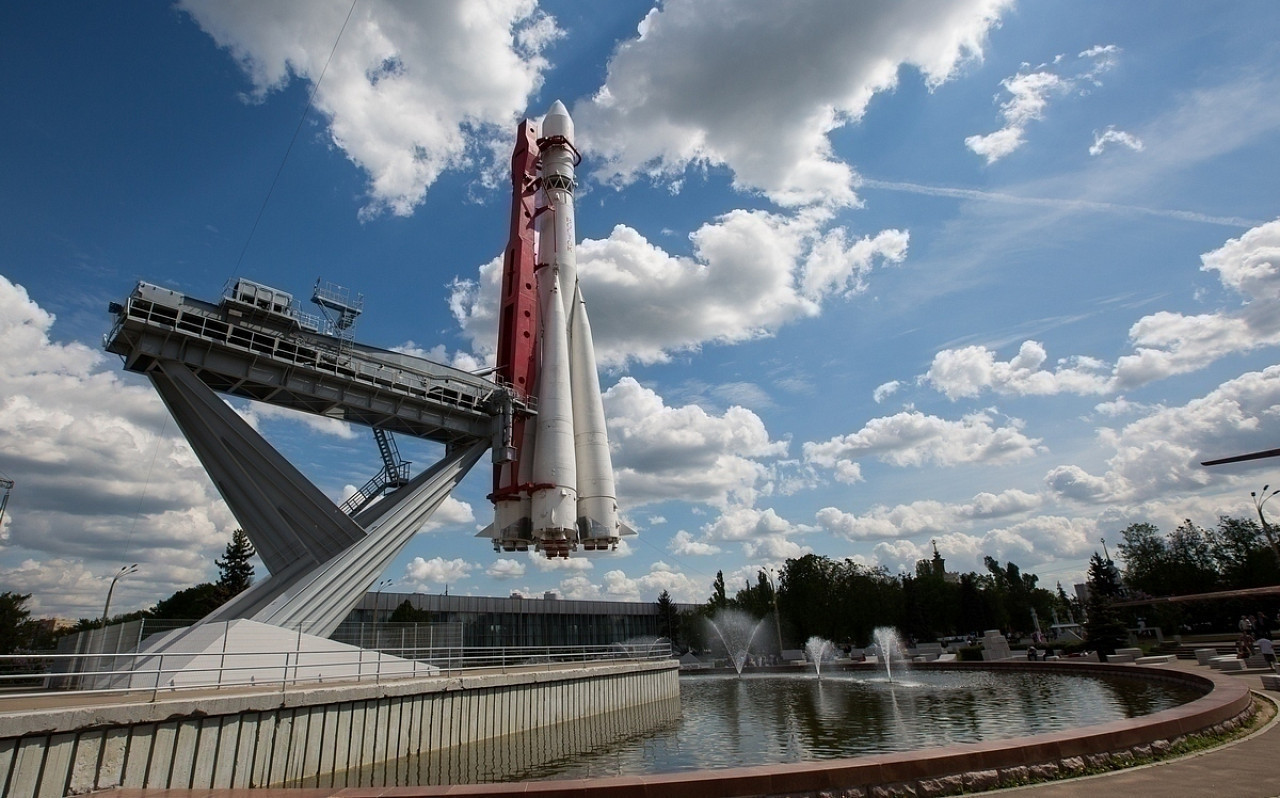 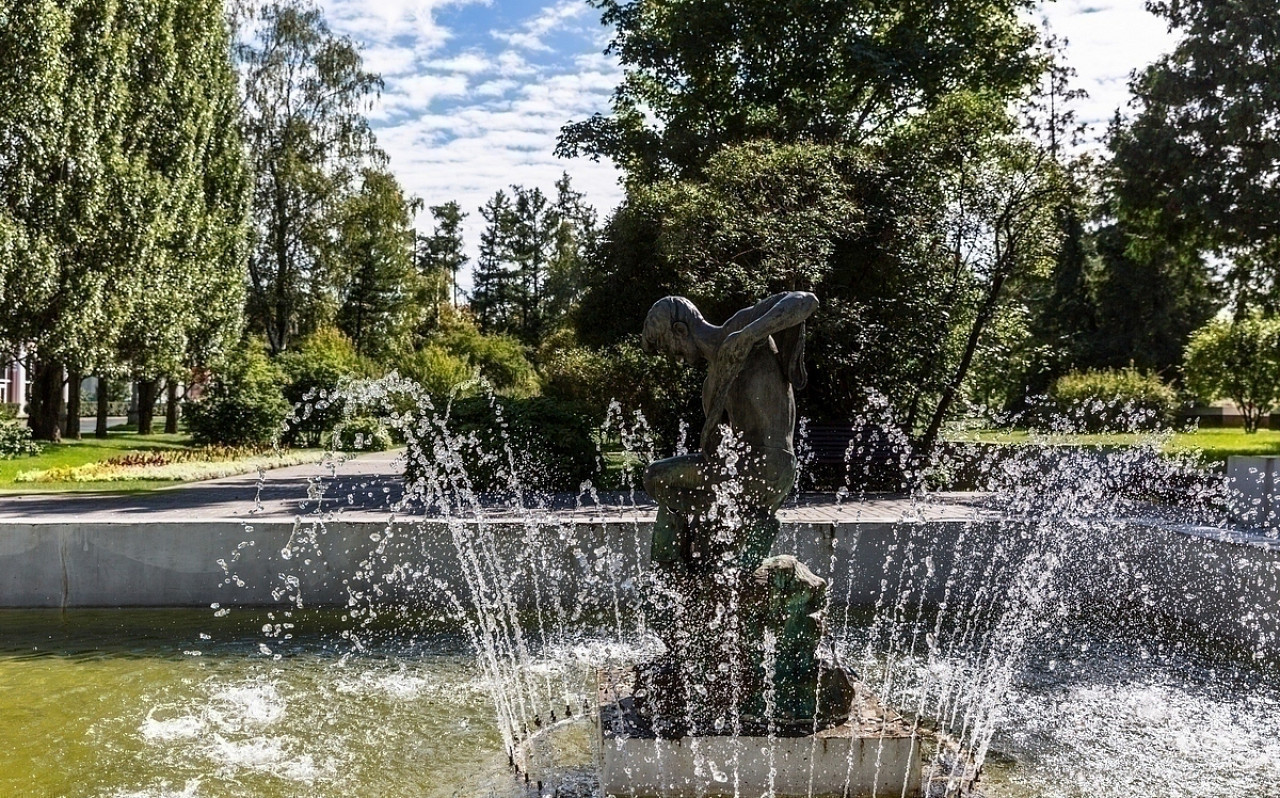 The fountains Rocket on the Square of Industry and the Boy with a Fish behind Pavilion No. 64 will be operating to please the guests of the Exhibition during the whole summer season. The well-known fountains of VDKH, the People's Friendship and the Stone Flower, will be closed for reconstruction at the beginning of summer. The work at 14 fountains of the Central Alley and at the Golden Spike fountain are already launched. The fountains will be operating on 29 April from 12:00 to 24:00, and from 30 April until the end of the season, daily from 7:00 to 24:00.

The Stone Flower fountain was created in 1954, according to the design by architect and craftsman K. T. Topuridze and sculptor P. I. Dobrynin. The idea of the fountain was based on the Tales from the Urals by Pavel Bazhov, which were very popular in the 1930s–1950s. The fairy-tale film Stone Flower by Alexander Ptushko appeared on the screen right after the war, in 1946. In 1949, based on the story of Danila-Master, Sergey Prokofiev wrote the Mistress of the Copper Mountain ballet music (which premiered on the stage of the Bolshoi Theater, staged by Leonid Lavrovsky in 1954). The Stone Flower at VDNH came to life with the help of the special water jets movement program, the music for which was written by Dmitry Shostakovich.

"The person who sees this flower at the Mistress of the Copper Mountain just for once will be truly amazed," wrote Bazhov, hardly imagining that at some point in time, this flower would be embodied in stone at VDNH.

The idea of the fairy abundance was implemented by the creation of a flower made of different alloys and a sculpture decoration depicting the abundance of fruits, vegetables, birds, and fish of different climatic zones. The fountain inspired by the bright images of the Tales of the Urals by P. P. Bazhov is full of coloured smalt and gorgeous sculptural details. On the perimeter of the basin, the Flower Stone is decorated with the figures of birds, stucco fruits, and images of spikes from which the water jets rise. This was the first musical fountain in the world.

The People's Friendship fountain is the largest fountain at the Exhibition of Achievements of the National Economy. It was created according to the design of architect and craftsman K. T. Topuridze and engineer V. I. Klyavin, by a team of sculptors, Z. V. Bazenova, A. I. Teneta, I. M. Chaykov, Z. V. Ryleeva, and V. P. Gavrilova. It was opened in 1954. The large octagonal pond with a fountain in the center was created in the place of the small pavilions located behind the old Main Pavilion in 1939. Following the octagonal shape of the Kolkhoz Square (today called the People's Friendship) founded by Vyacheslav Oltarzhevsky in 1936, Konstantin Topuridze designed the fountain's octagonal base, a basin made of red granite. The stepped granite foundation of the fountain, which resembles a flower in the plan view, blends into the bowl-shaped sheaf of spikes, sunflowers, and hemp. It is surrounded by the sculptures of 16 girls, covered with leaf gold and symbolizing the republics of the USSR before 1956, when the sixteenth, the Karelo-Finnish SSR, was transformed into an autonomous republic, the Karelian ASSR. The representatives of 16 union republics, including Estonian ballet dancer and actress Virve Kiple-Parsadanyan, Turkmenian pianist Gozel Annamamedova, and wife of poet Mikhail Svetlov Georgian Rodam Amiredzhibi, posed for the sculptures of the fountain circle.

The capacity of the People's Friendship fountain is 4,000 cubic meters.

The Rocket fountain composition on the Square of Industry. Several "floating" separate fountains appeared in 2013 at the foot of Vostok rocket model. The water cascade is lighted by nine coloured underwater projectors. As a result, the guests are treated to a colourful fireworks of four-metre high water jets of different colours.

The sculpture composition Fisherman, or the Boy with a Fish, is located behind Pavilion No. 64. It was constructed in 1954. Boris Son is the sculptor. This sculpture is the complete analogue of the original one of 1949, constructed in the Victory Park of Saint Petersburg. Unlike its "twin" in Moscow, the fountain in Saint Petersburg is no longer operating. This sculpture, as well as the earlier existing architectural decorations of the basin, appeared during the reconstruction of the Leningrad and North-West of RSFSR Pavilion, according to the design of the pavilion's author E. A. Levinson and with the participation of architect I. Z. Vilner.

The sculpture the Boy Pulling out a Fish was a student entry (created in 1949) of Boris Son, who that very year, has been just admitted to Leningrad Institute of Painting, Sculpture and Architecture. The sculpture became a fountain when water was connected to it at the end of the 1970s: the water came out from under the just caught fish. During the reconstruction of the square in 2014, the sculpture was raised onto a higher pedestal and the number of water jets was increased: currently, the fisher-boy is surrounded by an entire ring of the upwards shooting streams.