International experts and UNESCO commended the progress of VDNH restoration

On October 24, 2017, UNESCO Assistant Director-General Francesco Bandarin visited VDNH with the experts from Italy, Israel, Estonia and Latvia. The guests looked over the progress of restoration works in the Exhibition's famous historical pavilions and visited new museums. 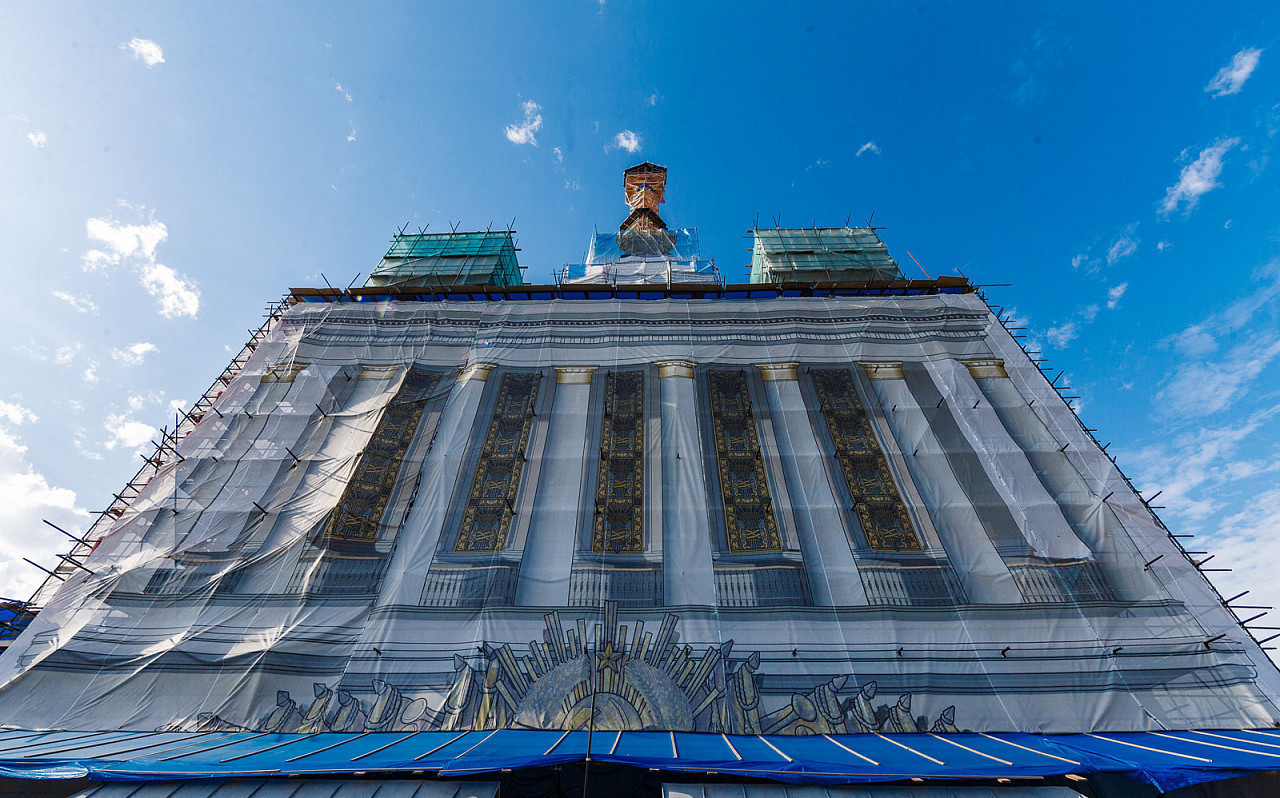 The restoration works are meant to revive the historical purpose and function of VDNH, explained Natalia Sergunina, Deputy Mayor of Moscow for Economic Policy and Property and Land Relations.

Historically, the Exhibition has reflected the achievements and ambitions of its time. It was created as a unique architectural and landscape ensemble with an emphasis, as we would now say, on the EXPO cluster. The development strategy of VDNH is based on the historical concept and takes into consideration all requirements for the protection of architectural monuments. Due to the priority measures taken, VDNH attendance has grown to 25 million people over the last three years. Now there are up to 300 public events during the season, and there are dozens of exhibitions in the pavilions,
said Natalia Sergunina.

According to Francesco Bandarin, who was impressed by what he saw, after the restoration VDNH will transform into a new point of attraction for Muscovites and tourists.

VDNH will become a point of attraction for both citizens and international tourists. This isn't the most well-known place to foreigners, so this work [on restoration] needs to be carried out. For them not to think that Moscow is only Red Square. Moscow includes much more than that. At VDNH, a very interesting combination of architecture is preserved: modern style and modernism in combination with features of national culture, which is very visible to this day. I think that this is the main characteristic and a very interesting parameter of this project,
said Francesco Bandarin, UNESCO Assistant Director-General.

The foreign delegation, which included leading archaeologists, architects, representatives of the International Council on Monuments and Sites from Italy, Israel, Estonia, Latvia, Russia, along with representatives of other iconic Moscow sites, visited The Country's Main Exhibition and looked over the progress of restoration works in pavilions No. 1 "Central", No. 58 "Agriculture" and No. 32–34 "Space".

Preparatory work for the restoration of pavilion No. 1 "Central" began in 2014. During this time, items of cultural value that were previously considered lost were found and then restored. Among them is the high relief by Yevgeny Vuchetich "Glory to the Soviet People, the Standard Bearer of Peace" and the painting by Alexander Gerasimov "Second All-Union Congress of the Collective Farmers and Labor Strikers of 1935". Restoration of the facade and interiors of pavilion No. 1 is planned for completion in 2018.

One of the most ambitious objects of VDNH restoration is pavilion No. 32–34 "Space". In the spring of 2018, the Astronautics and Aviation Center will open within it. Today, restoration of the sculptural group on the roof of the pavilion has been completed, and restoration of the unique dome and reconstruction of the facades and bas-reliefs according to the historical drawings are coming to an end. Work in the "Space" pavilion is planned for completion before the end of 2017.

Experts paid special attention to inspecting the restoration of pavilion No. 58 "Agriculture" ("Ukrainian SSR"). The pavilion's building, famous for its ceramic facade and sculptural groups at the entrance, was erected in 1954 under architect Alexei Tatsia. In the 1990s the pavilion was filled with numerous trading booths, but in 2013 it was closed and was in a state of disrepair. In 2014, emergency repairs were carried out to rescue the building. Comprehensive restoration is currently being carried out here. Decorative lattices, capitals, ceramic panels, the coat of arms of the main facade, the surface of the foundation, the internal stained glass of the rotunda, metal flagpoles, the base of the spire, and other details are being restored in the pavilion. In 2018, within the framework of creation of VDNH's Museum City in the pavilion, plans are to open a Cyrillic museum dedicated to Slavic writing.

In addition, the delegation toured the newly opened pavilions in which the repair and restoration works have already been completed.

After completion of the large-scale reconstruction, VDNH will become the most state-of-the-art museum, educational, entertainment and park complex not only in Moscow but in the entire country. The exhibition space will be divided into seven themed zones: Central Alley with 11 new museums, a themed Amusement Park, Landscaping Park 87 hectares in area, Crafts Park, Knowledge Park, an updated EXPO Zone, and Ostankino Park.