On 1 August, the birthday of the Main Exhibition of the country, the Mayor of Moscow Sergey Sobyanin awarded a diploma and letters of gratitude from the Moscow City Government to the team and veterans of VDNH. 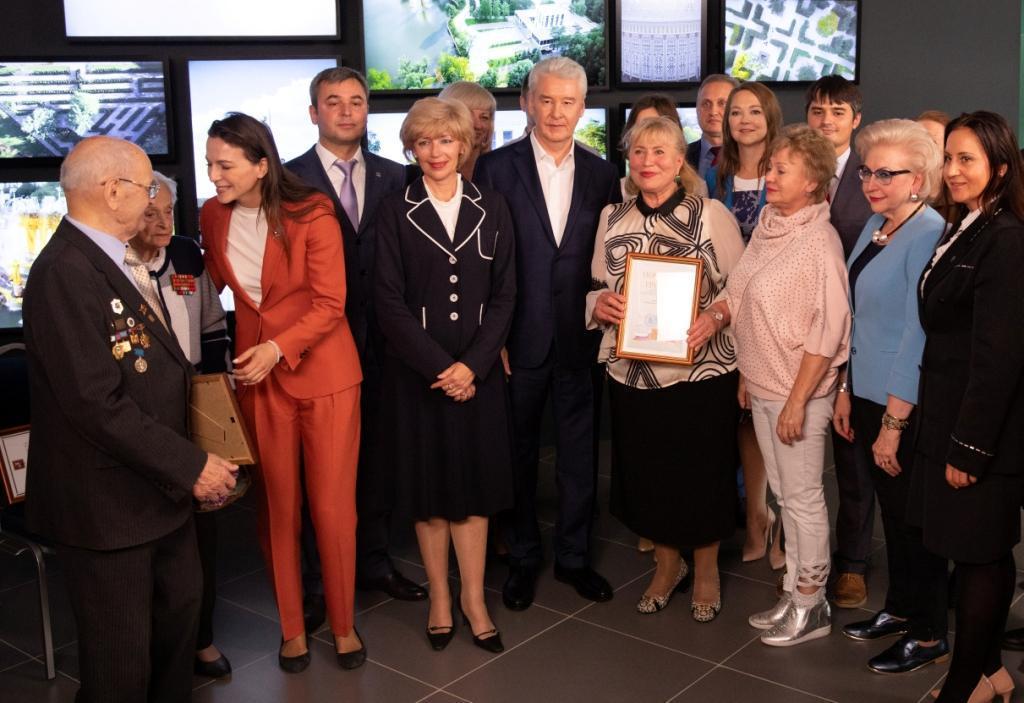 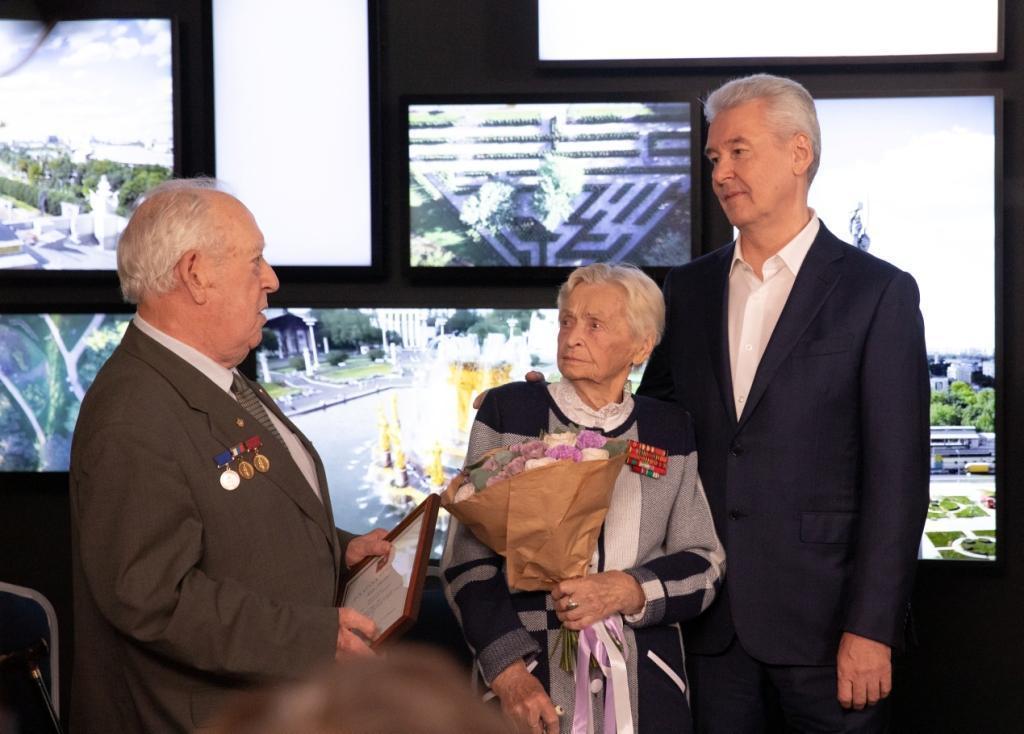 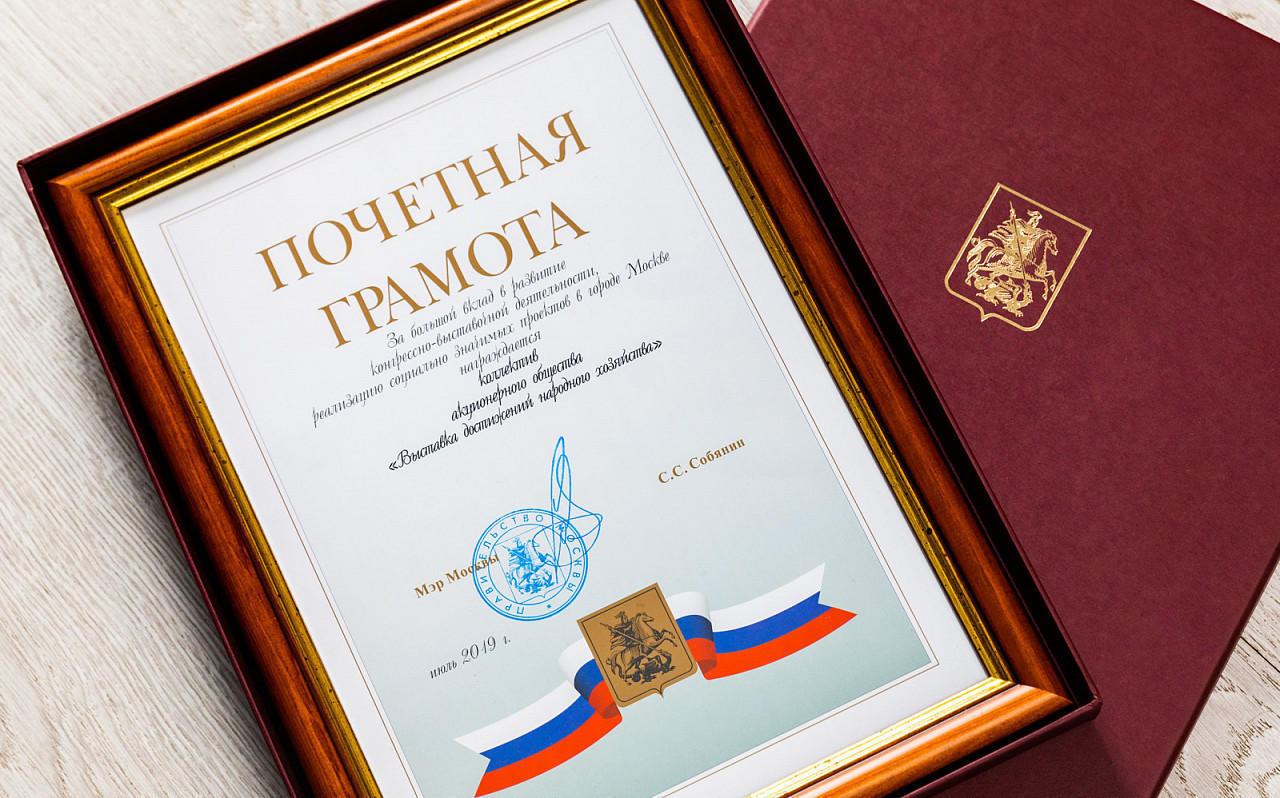 The official ceremony was held in the Museum of VDNH opened on the occasion of the anniversary. The capital city mayor awarded the Exhibition team with a diploma for their great contribution to the development of exhibition and event activities and the implementation of socially significant projects in Moscow.

In addition, veterans who dedicated decades of their life to work at VDNH also received special gratitude from the mayor. One of them is Vadim Arkadyevich Sayushev, who was the head of the Exhibition for 15 years, from 1983 to 1998. During Perestroika and its focus on privatisation, VDNH managed to preserve its integrity by signing the Act No. 1 On Preserving the Integrity of VDNH. This year, Maria Semyonovna Blumfeld celebrated her 103rd birthday, she started her career as a guide, and then for many years she headed the joint pavilion Young Naturalists and Technicians.

Arkady Davidovich Kazdym with his 55 years of professional experience. When budget funding was cut during Perestroika, it was he who put the Exhibition on a self-supporting basis, secured tax payments and salaries for almost three thousand employees of the Centre. Maria Pavlovna Azizova came to work at the (back then) All-Union Agricultural Exhibition as a group tour guide and later became the director of the pavilion No. 1 Central. Mikhail Mikhailovich Ostrovsky has been heading personnel training for 38 years and formed many generations of talented young workers of the Exhibition.

Dmitry Ivanovich Dyshko was hired for VDNH in 1954 and helped build new pavilions and beautify its territory. Viktor Nikolayevich Antyukhov, as the first head of the asset group of VDNH, centralised the Centre, its subordinate divisions, and introduced a new model of financial and economic relations. Klavdia Filippovna Zelenova, who for more than 50 years participated in providing equipment for exhibitions and expositions demonstrating the achievements of the national economy.

VDNH appreciates the contribution of all its veterans to the development of the Exhibition and prepared a special festivity programme for them.

Today, the Main Exhibition of the Country celebrates its 80th birthday. VDNH will organise more than 100 events to celebrate its anniversary before the end of the year.