On September 28, 2016, the Mayor of Moscow, Sergey Sobyanin, opened the Centre of Information Technologies – Smart City, located in a special pavilion built at VDNH and created by the initiative of the Moscow Government. 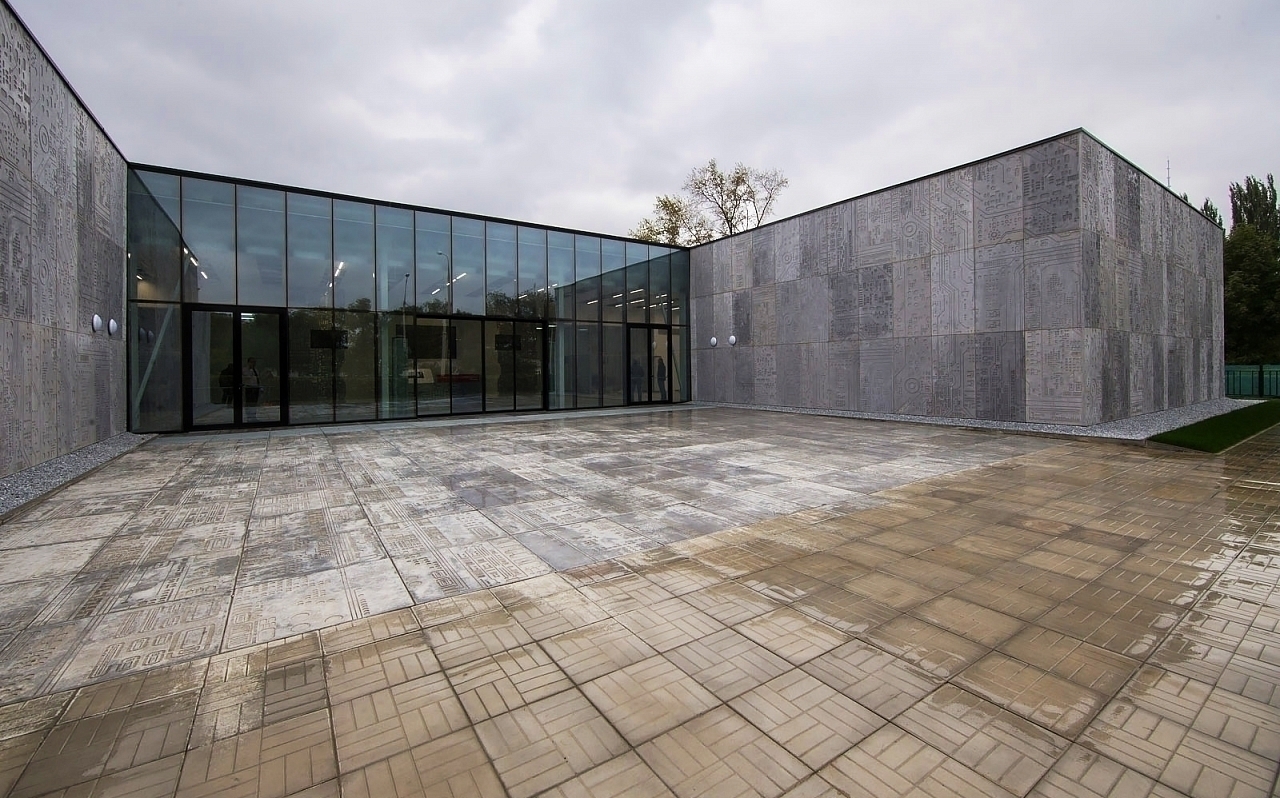 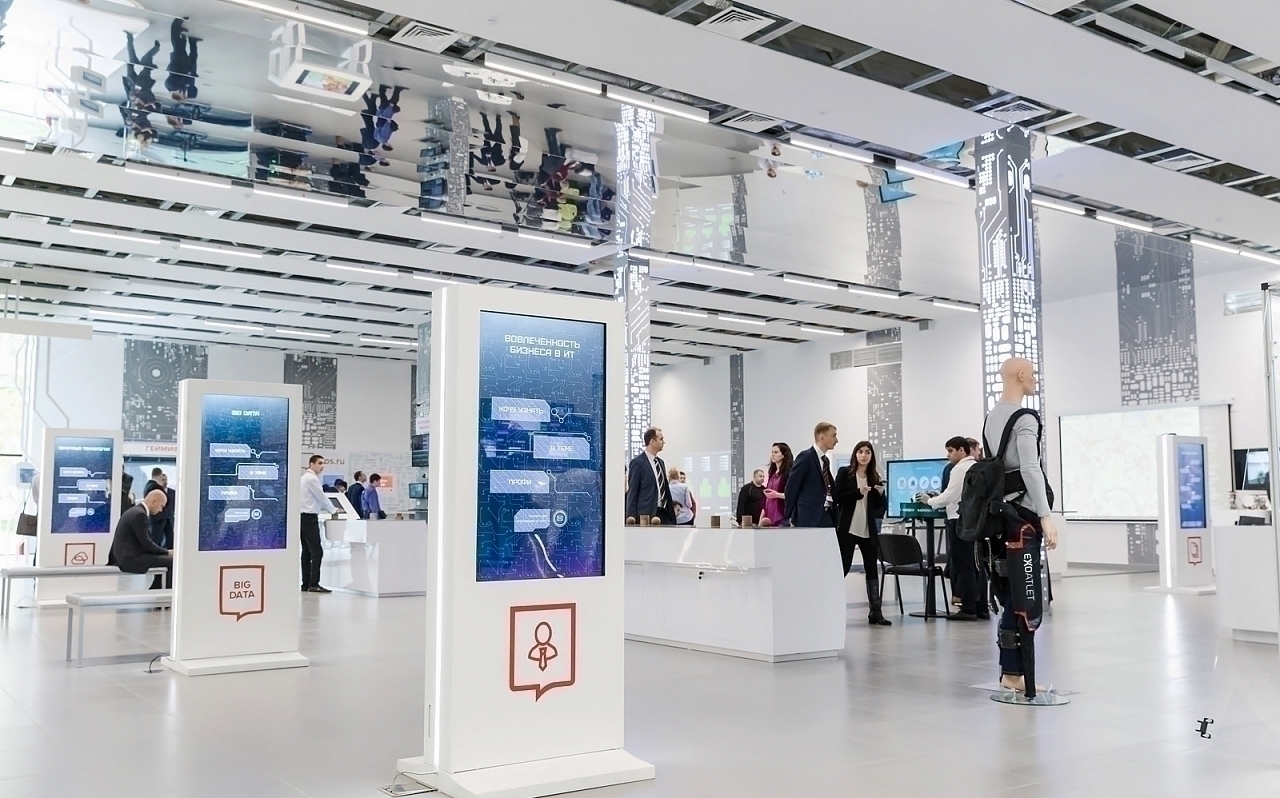 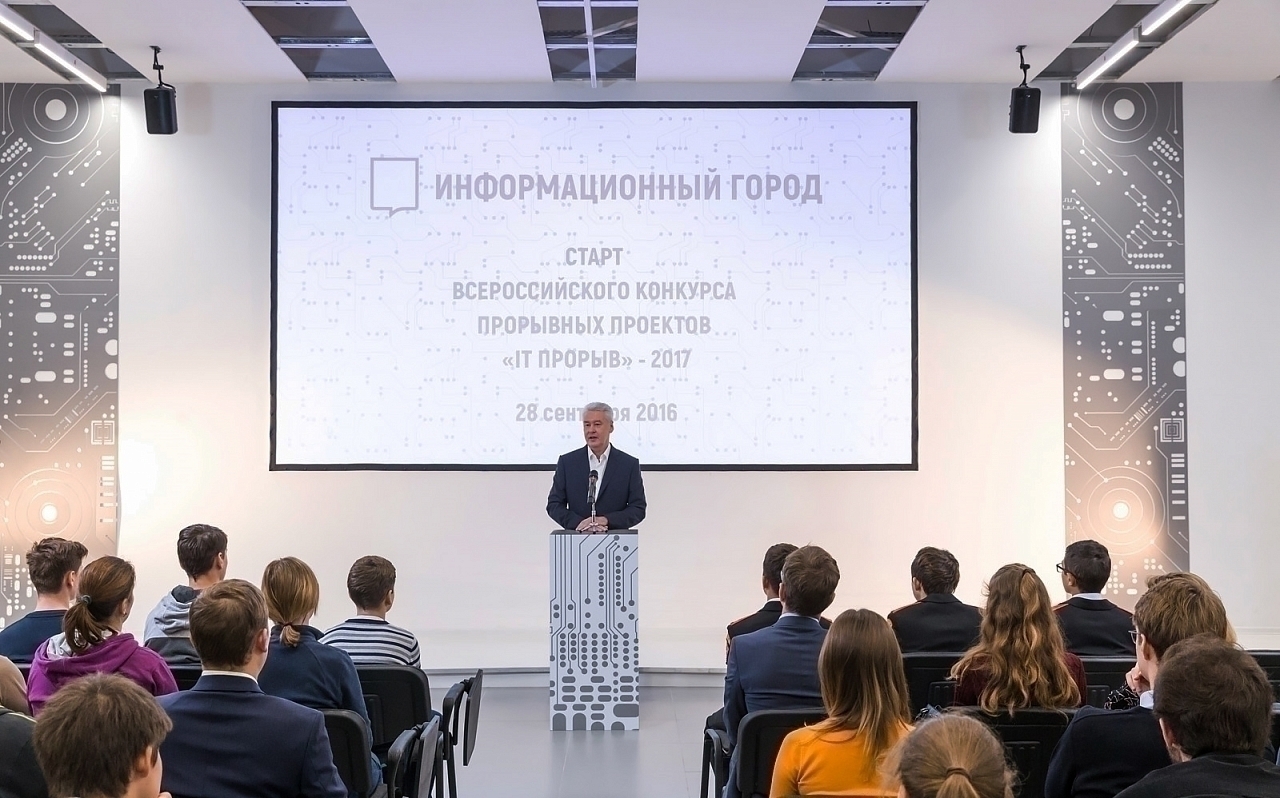 On September 28, 2016, the Mayor of Moscow, Sergey Sobyanin, opened the Centre of Information Technologies – Smart City, located in a special pavilion built at VDNH and created by the initiative of the Moscow Government.

"VDNH is restoring its historical function – to introduce Muscovites and visitors of the capital to advanced technologies in the economy and social sphere. And that is why it is no coincidence that the Smart City pavilion is among the first ones opened at VDNH, demons¬trating possibilities of information technologies, which are extremely significant in the life of today's Moscow. Moscow could be called a "smart city" already today, in which information technologies are a part of citizens' everyday life, even if some of them do not suspect it. Today we set up appointments with doctors, manage the traffic of municipal buses, and school teachers give grades for tests with the help of information technologies. More than 300,000 IT specialists work in the city, the biggest IT companies in Russia are located here", noted Sergey Sobyanin.

A special modern pavilion with an area of 1,600 square metres with an interesting architectural solution developed by the Russian architect bureau "Wall", was built to host the Smart City Centre. The facades of the building are made of a series of large tiles with a relief design of computer microchips. Panoramic floor-to-ceiling windows provide high quality, natural lighting in any season. The new pavilion that fits in the space of VDNH harmonically and became an integral part visually will serve as the connecting link between the past and the future of the Main Exhibition of the country. VDNH, which celebrated its 77th anniversary this year, has always been a place where visitors can get acquainted with the most advanced achievements in science and technology. The Information City Centre will help guests of the modern exhibition learn about the development of information technologies and services and look into the future.

The Smart City Centre of Information Technologies at VDNH is functionally divided into three zones:

The IT Centre exposition presents to visitors the possibilities of application of information technologies in all fields of the municipal economy – from school education to safety provision. More than 50 showpieces, models, and systems are presented at the opening of the exhibition.

In particular, a map of the development of a free municipal Wi-Fi network is located in the pavilion. The first stage of the network with 200 access points (hotspots) was launched on City Day. On the day of the IT Centre opening, 100 additional hotspots were put into operation within the Garden Ring. The network will have 1,100 hotspots in total. Besides, Muscovites will be able to get acquainted with pilot projects of the city in the field of big data at the IT Centre. An interactive map of Moscow will tell about the infrastructure of the district and show data on every specific building, which are stored in different municipal information systems.

A unique project on the creation of a point of public access to a municipal video surveillance system is expected to be executed. The demonstration zone has the standard workplace of a user of the municipal video surveillance system; video from cameras of different types is displayed on the screens. Muscovites will be able to come here and select one of more than 145,000 municipal cameras to see their streets, entrance halls, and parked cars in real time or watch the video archive.

The educational programme of the IT Centre will include lessons, workshops, and shows for adults and schoolchildren conducted in cooperation with famous educational institutions. In fact, it will be possible to receive free, highly sought after IT qualifications at the centre – for example, learning how to develop websites and mobile applications and programming in popular languages.

The Centre of Information Technologies will also become a new site for conducting industry-specific scientific and practical conferences. Among other things, companies and startups will get the premises for free to conduct lectures, hackathons, and other events connected with new technologies. The creation of a showroom – crowd-funding site is planned, where teams of developers will be able to present prototypes of their devices or programmes for potential investors and users.

A collection point of second-hand digital equipment "Dobroye Delo" (Charitable Act) opened at the pavilion. All collected equipment (notebooks, smartphones, and other devices) are transferred to multi-child families, disabled people, and senior citizens, who are participants of the campaign. Since the beginning of the charitable campaign, Muscovites have donated more than 1,500 pieces of different equipment.

The IT Centre is equipped for the supreme comfort of a family visit – while children study, their parents may enjoy the exposition or watch a live stream in the recreation room. The exhibition area for children provides fascinating games based on advanced technologies. For example, a car drawn by a child on paper may "come alive" in a video game.

As a part of the IT Centre, a project of the Moscow City Department for Competition Policy "Trade Exchange", which is devoted to business representatives will be put into operation. The project programme will include lecture-presentations, Road Shows, business games, consultations, and master classes for representatives of small and medium business working with electronic trading platforms.