Kazimir Malevich: Not Only Black Square. Early and little-known works of the creator of suprematism will be on display at an exhibition in Moscow

At the end of November, VDNH's Pavilion of the Worker and the Kolkhoz Woman will host the exhibition Kazimir Malevich: Not Only Black Square. It brings together pieces that illustrate various aspects of the work of this great master, including some that do not quite fit into the public's established ideas about the personality and achievements of one of the most significant artists of the last century. 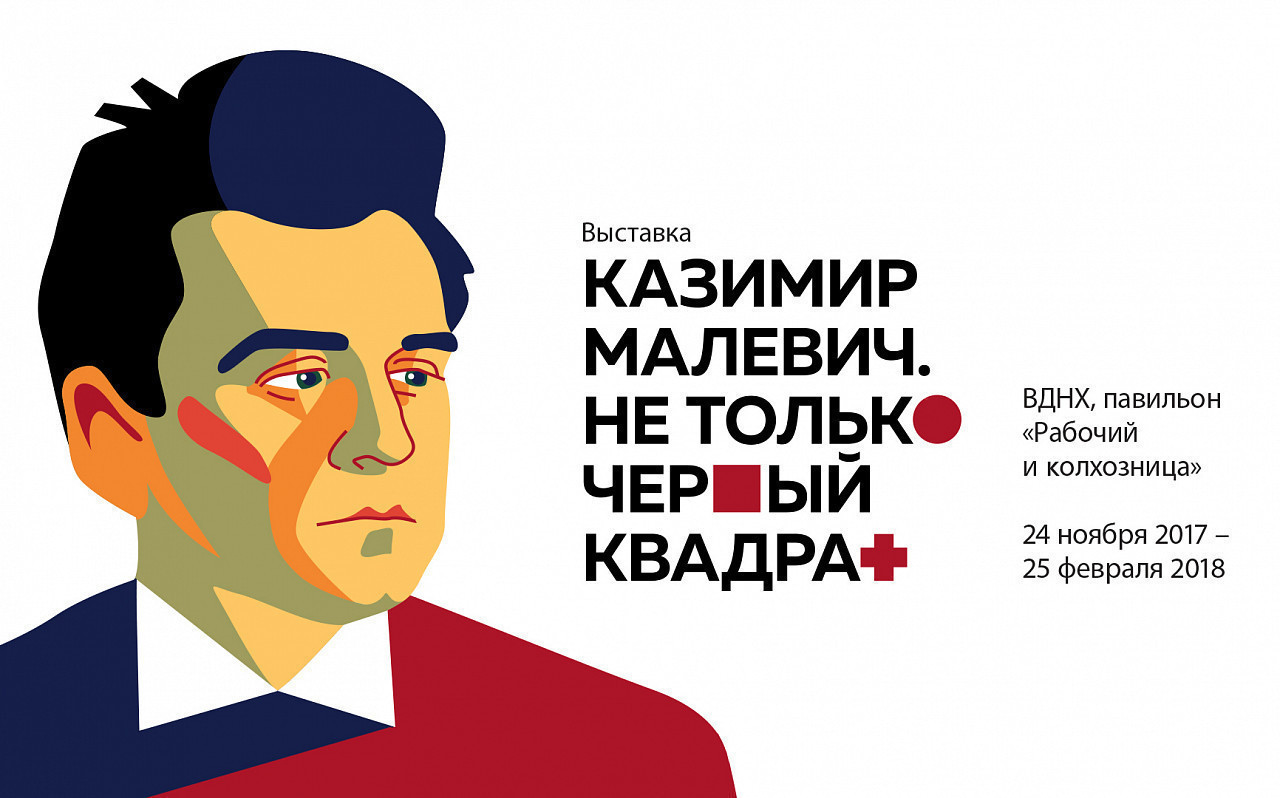 VDNH, one of the country's largest leisure and exhibition sites, has gathered pieces by Kazimir Malevich from collections of the leading museums in Moscow and the regions, as well as from private collections. Some of the works will be on display in the capital for the first time. This retrospective exhibition will allow visitors to follow the creative path of the founder of suprematism starting from the beginning of his career. Such large-scale projects are always significant events in the cultural life of a city. I'd like to express my gratitude to all those who participated in preparing the exhibition, and invite the people of Moscow to visit it. Come with your families: for children and teenagers under 16, students, members of families with many children, retired people and veterans there are special discounts,
said Moscow's Deputy Mayor for Economic Policy and Property and Land Matters, Natalya Sergunina.

The first decade of the 1900s, when Malevich's artistic career began, is vividly represented by a 1906 impressionistic sketch from the Sepherot Foundation's collection called 'House with Verandah', with a fragment of a painting on the reverse side, giving insight into the artist's earliest (non-extant) painting.

Pieces from museums in the regions, which the artist deliberately sold to the State Fund as his best work, are rare guests in Moscow: 'Haymaker' (1912), from the Nizhny Novgorod State Art Museum, 'Four Squares' (1915) from the A.N. Radischev State Art Museum in Saratov, 'Suprematism' from the Yekaterinburg Museum of Fine Arts, as well as the painting 'Life in a Big Hotel' (1913) from the Samara Regional Art Museum, the authentication of which turned into a real investigation ten years ago.

Also, the exhibition will provide visitors with a unique opportunity to discover Malevich paintings from Russian and foreign private collections, including the collection of Valery Dudakov and Marina Kashuro ('Three Figures in a Field', 1928–1930), that of Inge and Philip van den Hurk ('Portrait of Elizaveta Yakovleva', 1932) and of the Sepherot Foundation ('Suprematism. Rectangle and Circle', 1915). One of the exhibition's real discoveries will be 'Winter Landscape' (1929), from a private collection, known until now only to specialists. 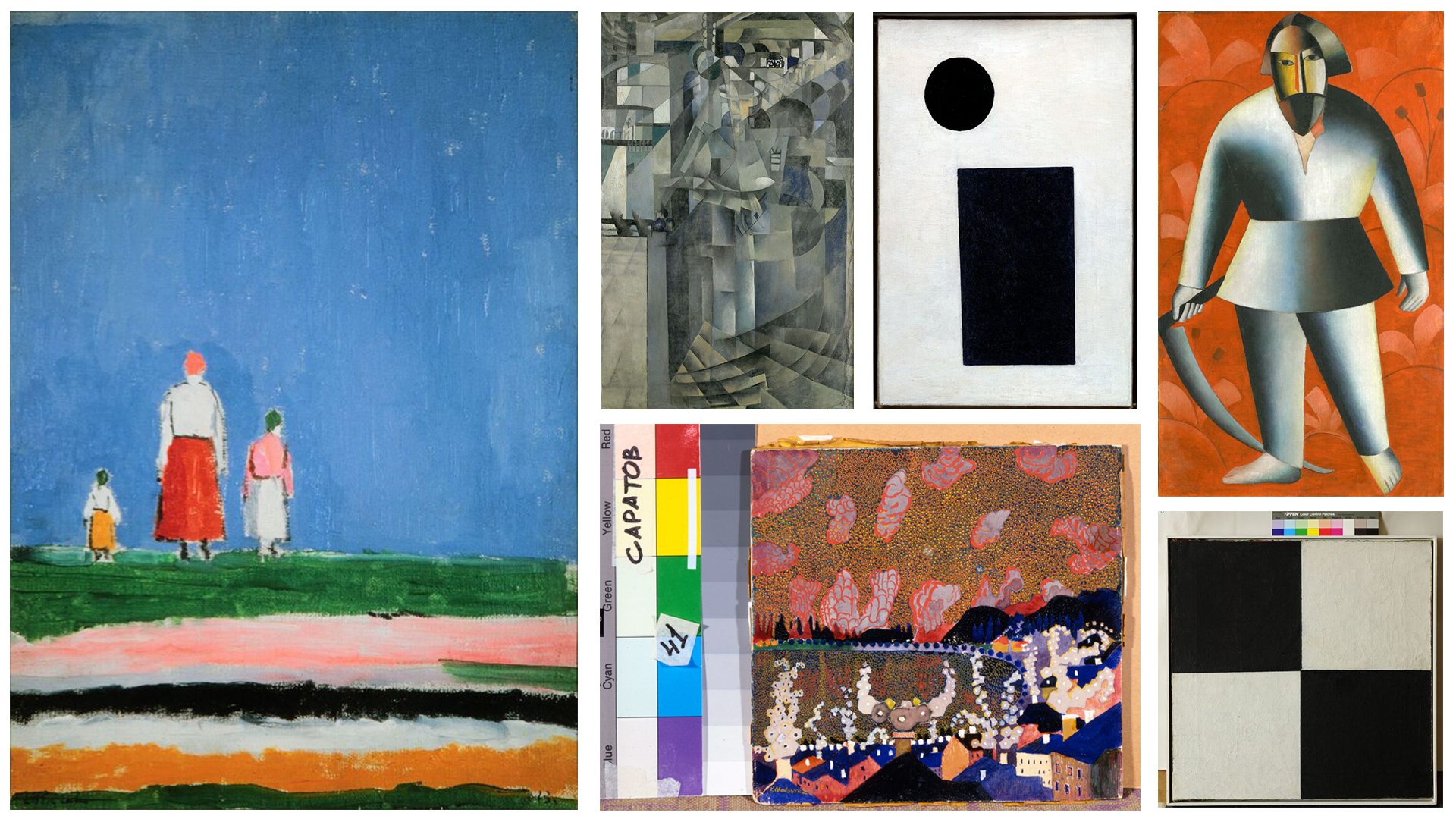 Also, visitors will have the chance to see little-known heliogravures from the Moscow Art Theatre's Jubilee Album and his 'patriotic lubok' — Malevich's lithographic posters and postcards, created as the First World War began (the texts for these prints were composed by Vladimir Mayakovsky). Visitors to the exhibition will also be able to see Malevich in an unusual light, as the creator of the bottle for Severny cologne, designed for the Brocard & Co Partnership in the early 1910s.

Material connected with the family of the artist is also of particular interest, including the late decorative graphic compositions done by his younger brother, Mechislav Severinovich Malevich (1882–1962). Thanks to this exhibition, researchers and the general public will be able to see the personality of the Russian avant-gardist in a new, richer way, as well as get a better understanding of the context of the epoch in which he lived and created.

Information about the project

The exhibition Kazimir Malevich: Not Only Black Square at the Pavilion of the Worker and Kolkhoz Woman is devoted to the 20th-century reformer of art and creator of suprematism, Kazimir Severinovich Malevich (1879–1935). The curator is one of the leading researchers of the Russian avant-garde, professor of art history Aleksandra Shatskikh, who has written about the work of Kazimir Malevich and Marc Chagall.

In becoming a universally recognised icon of the 20th century, Malevich's Black Square partially eclipsed other sides of this Russian avant-gardist's work. However, over the course of his three-decade career, the great artist never stopped working with all his strength: it seemed that a whole range of creators was working under Malevich's name, capable of saying the first and often the definitive word in many spheres of artistic culture; Kazimir Malevich had a tremendous gift for generating new ideas. Even though he was a painter, he conceptualised the futuristic opera Victory Over the Sun (December 1913), a milestone in the development of radical art. The overwhelming novelty of the Russian avant-gardist's work was so beyond the borders, the limits of his era, that an understanding of it became possible only decades later. This is true not only of Black Square and his suprematistic mono-figures, which anticipated the minimalistic aesthetics of the second half of the 20th century, and not only of his paintings from the mid-1910s, in which he expressed the potency of conceptualism in a refined, mature way, but also of his late figurative art, seen to this day by supporters of traditional art as Malevich's defeat, the evidence of his renunciation of "fruitless" abstract art,
said the curator of the exhibition, Aleksandra Shatskikh.
The exhibition contains a large amount of documentary material from state and private archives. Photos, letters, books, diaries, infographics and reconstructions illustrate Malevich's path as an artist, theoretician and cultural figure and will unveil new, surprising aspects of his personal and artistic life.

WORKING HOURS: 11:00 a.m. – 10:00 p.m.
PRICE: adults: 300 roubles, children from 6 to 16, full-time students and pensioners: 100 roubles.
FREE ENTRANCE: children under 6, orphans, abandoned children, people with disabilities, veterans of the Great Patriotic War and members of large families with at least one child under 16.