By early May, two most famous VDNH fountains, the People’s Friendship and the Stone Flower, will be relaunched following the first restoration in 65 years. The Stone Flower was recreated based on the original design by architect Konstantin Topuridze. After the renovation, the fountain will be stronger and brighter, just like it was on the day of its launch in 1954. 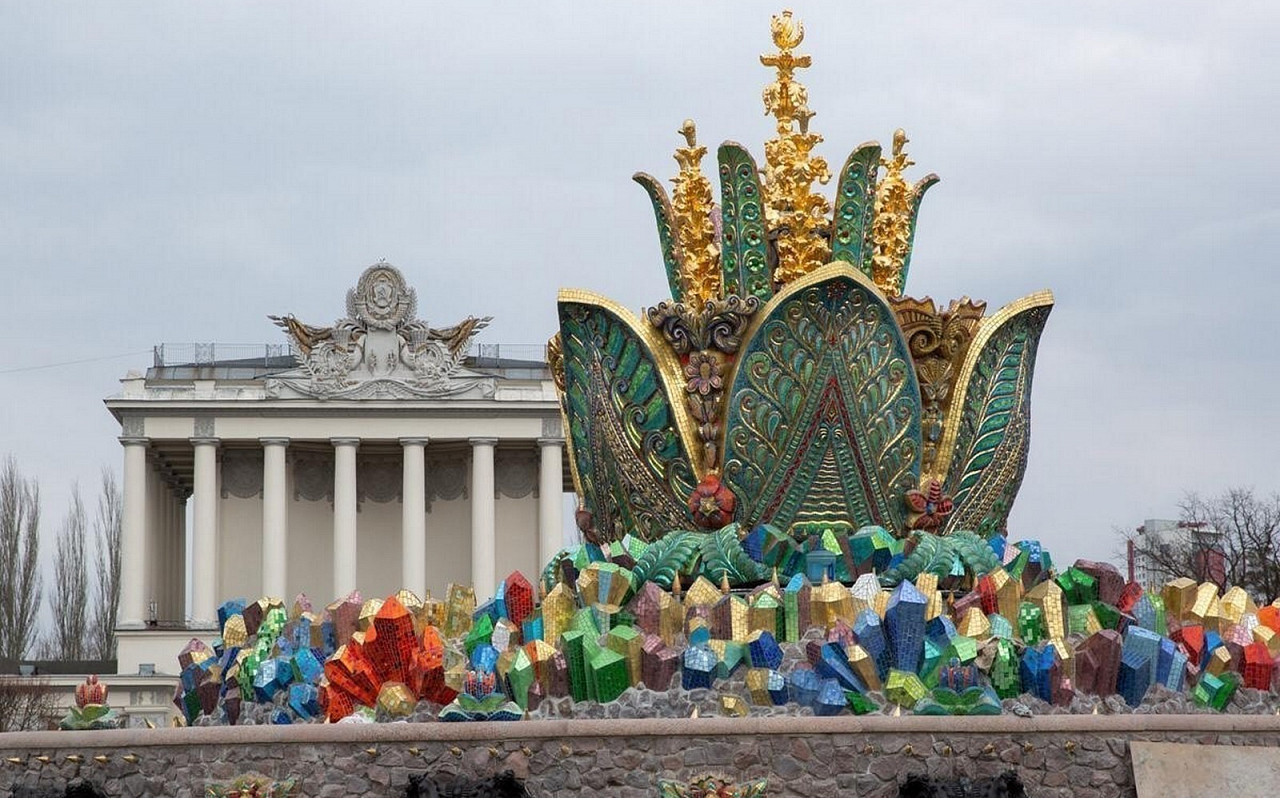 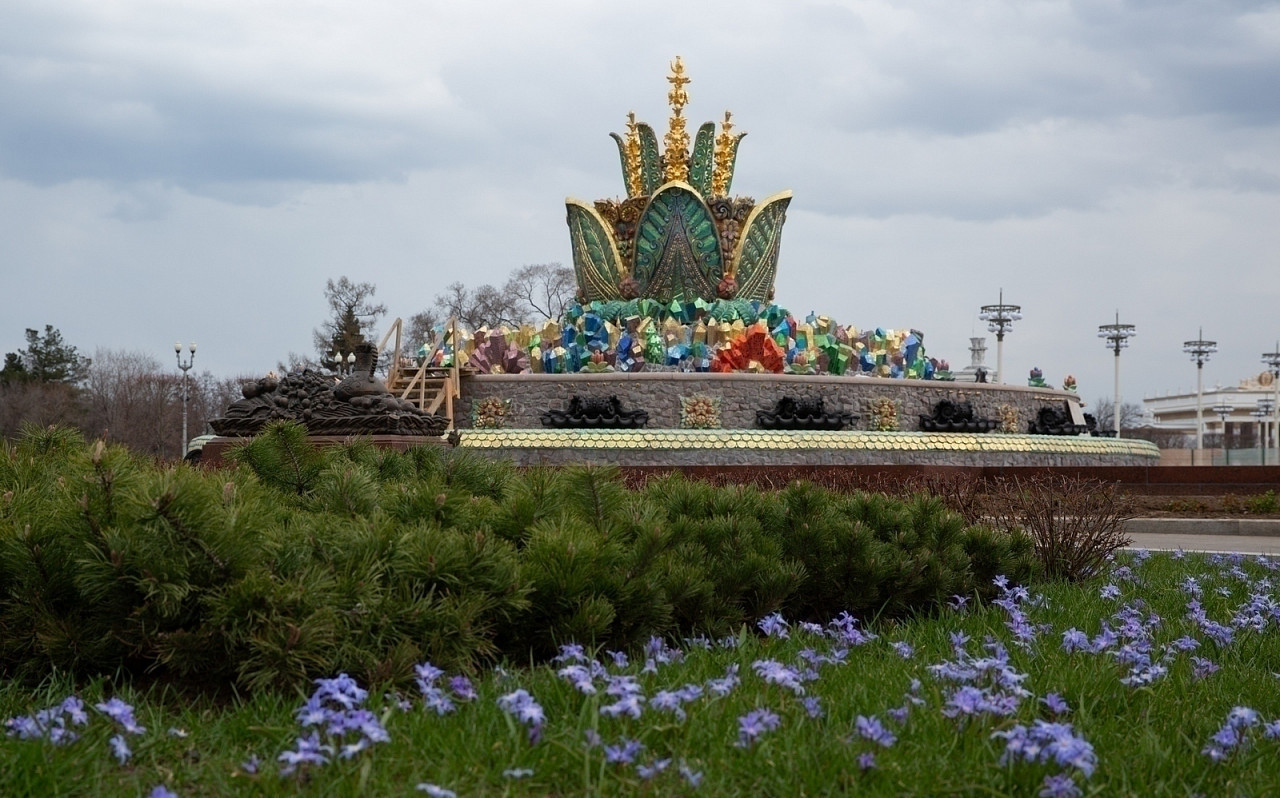 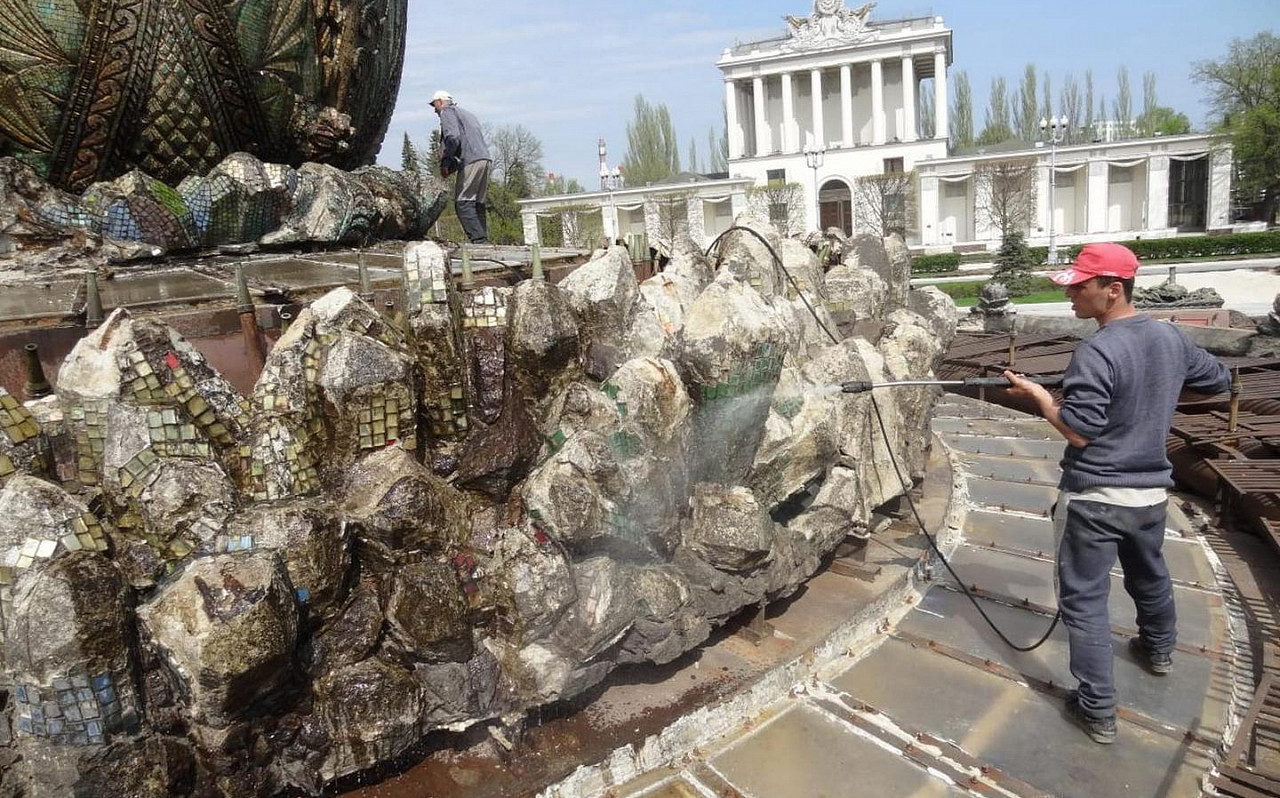 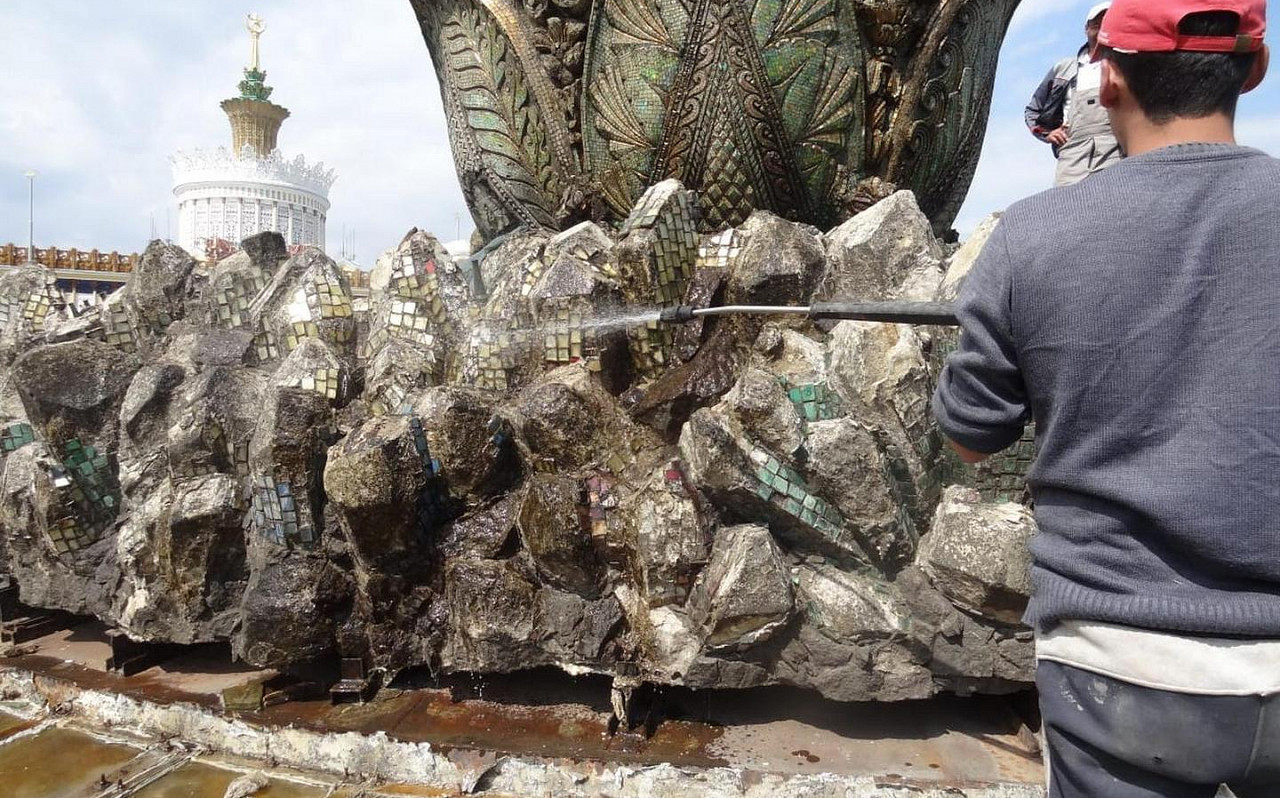 In 2018, before the renovation started, the Stone Flower had been in a rundown condition. Several decorative pieces were missing. In certain sections, only 25% of vitreous enamel had survived. Due to long-term deterioration of the pumps, the fountain was operating at less than half of its capacity, with many water jets off.

Now the commissioning is almost over, and the fountain is getting ready to work at full capacity this season. The trial run has been already conducted. Moreover, the renovation will allow Moscow residents and tourists to see the Stone Flower in its original beauty.

The restoration team managed to save about 30% of the original enamel. The rest has been reproduced from surviving samples.

In 1954, the fountain was decorated with tinted marbled glass and multicoloured 'cantarelle' (gold sheets of different hues baked between sheets of coloured glass). The new enamel coating was manufactured in Moscow and Saint Petersburg based on the surviving original fragments.

The manufacturers of the cantarelle had to stick to the colour score as it was in the 1950s, when the original materials were produced. During the dismantlement, the glass was found to be matted and soiled due its long-time exposure to the aggressive environment. This affected the very essence of the fountain's colour and mood. Once the original tesserae were cleaned, it became obvious that the fountain was meant to be much brighter than the visitors could see 65 years later. To protect the glass against hard water and sediments, it was treated it with a water repellent that made the colours even more radiant. 'This is temporary, though: following the relaunch, the brightness will be eventually toned down,'
says Aleksandr Urbansky, curator of the fountain restoration.

According to a number of historians, the Stone Flower was the first light and musical fountain in the USSR. Evidence suggests that the 1954 launch ceremony was set to the tune of The Festive Overture by Dmitri Shostakovich. Soon, visitors to VDNH will enjoy it once again at the Stone Flower fountain relaunch following the restoration.