Interactive museum complex "Buran" at VDNH was created in record breaking time, 3 months. The exposition is located inside the model of the space ship "Buran BTS-001" devoted to the victory of the Russian scientists, engineers and space explorers. One can not only learn about the history of the Soviet space shuttle, but also to try pilot it. The simulation program fully imitates the real landing of "Buran" after its first and the only flight in 1988. 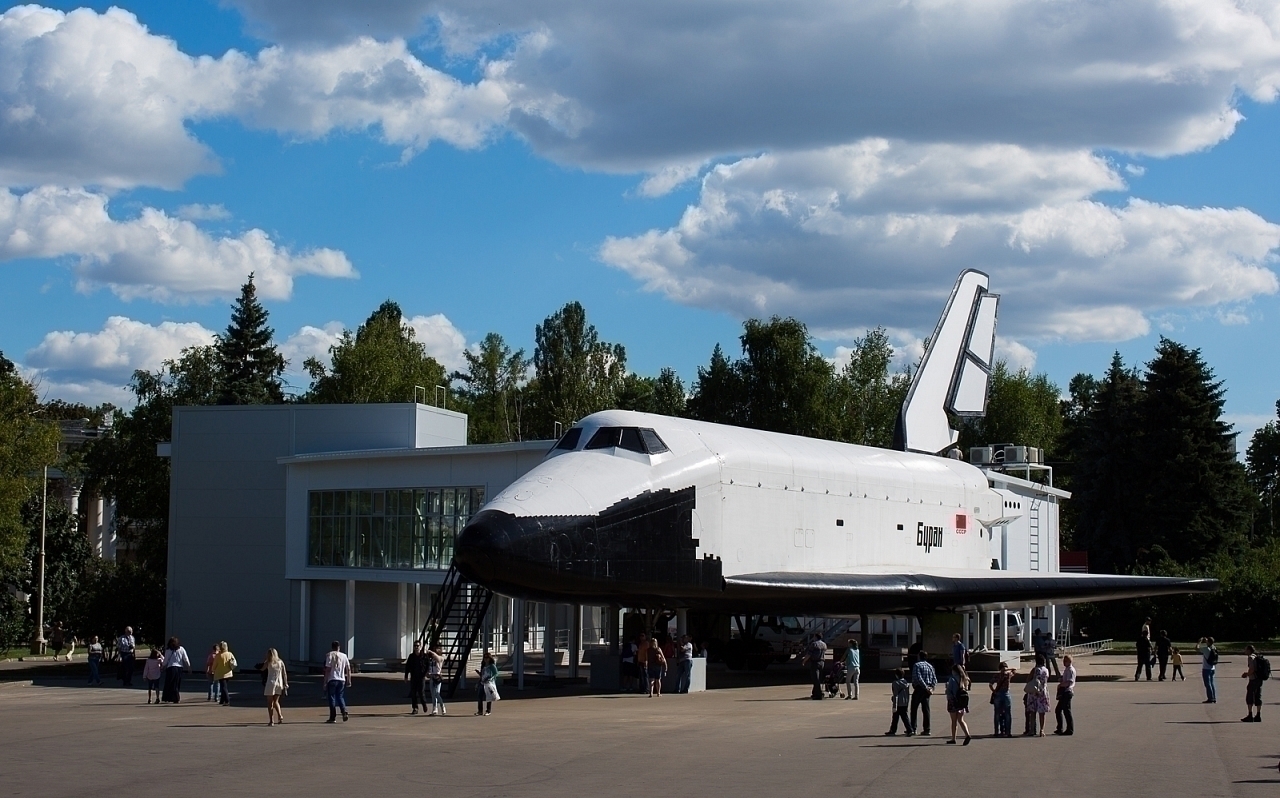 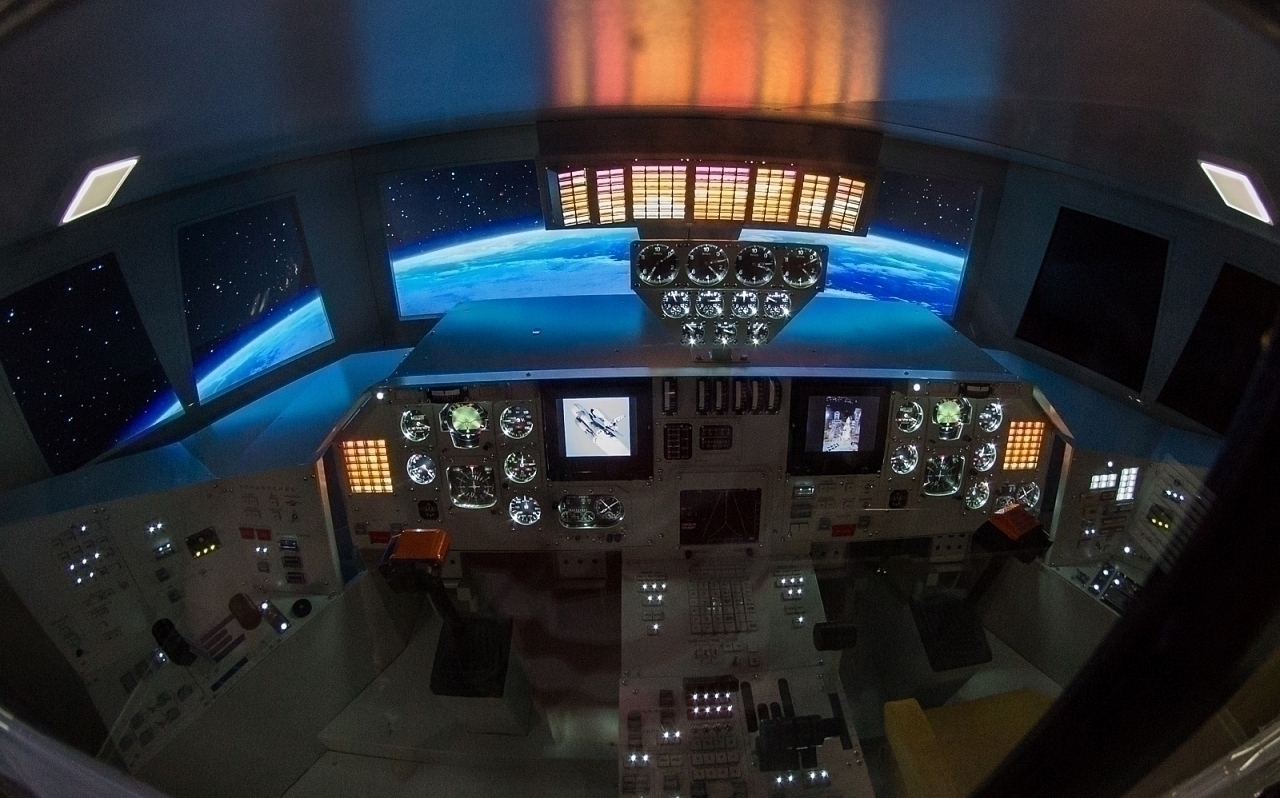 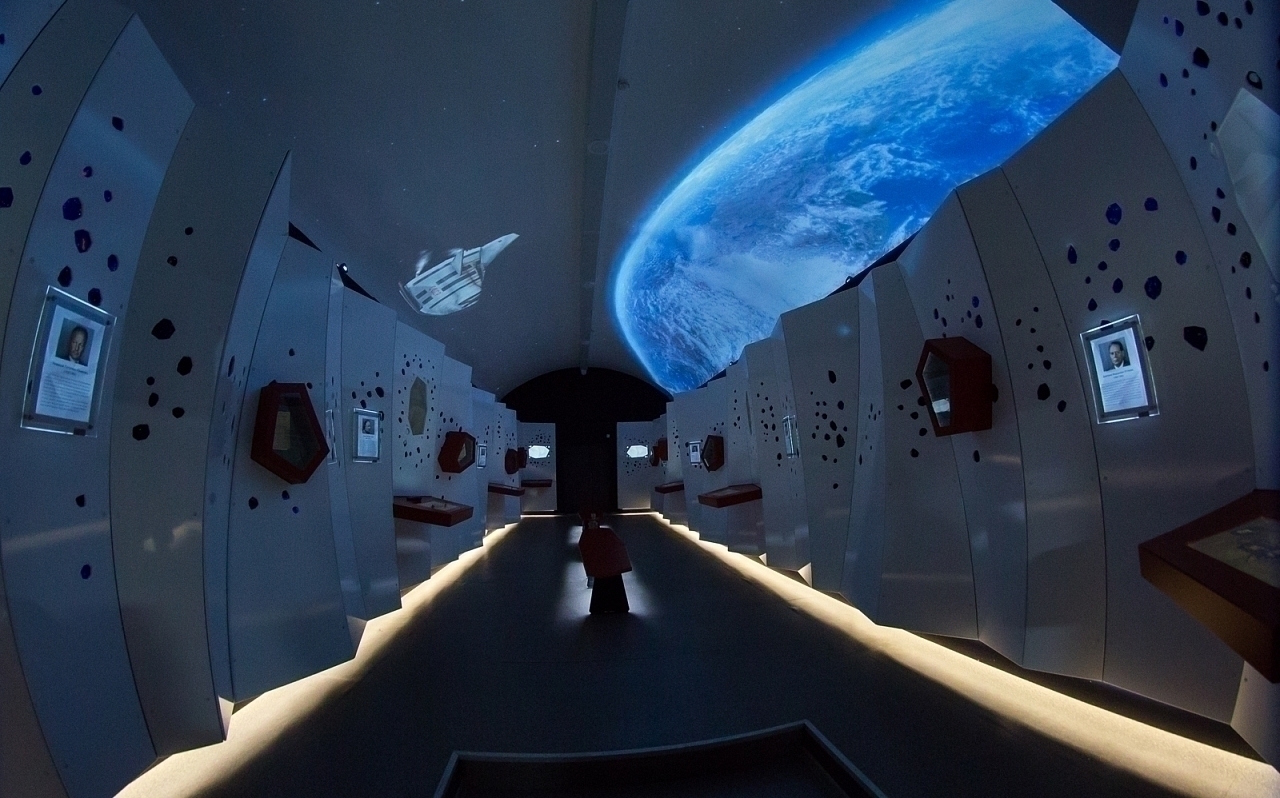 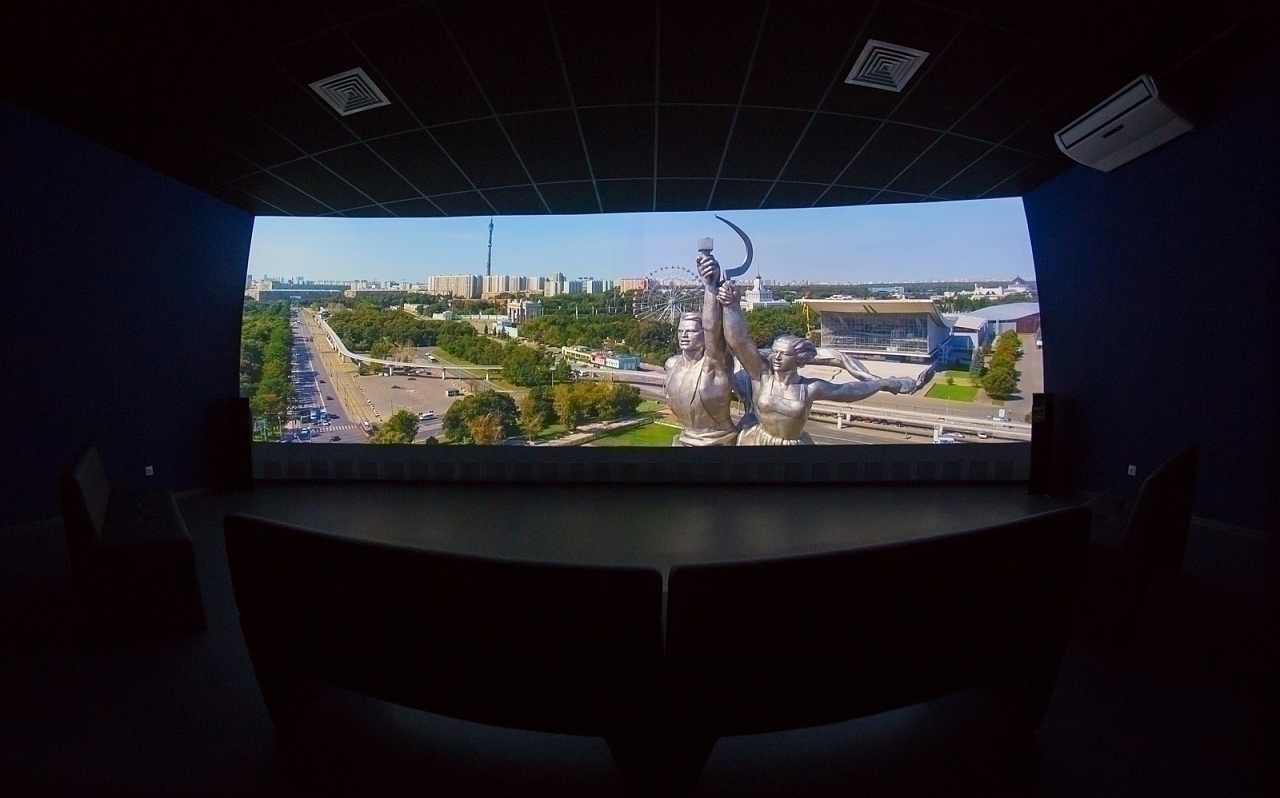 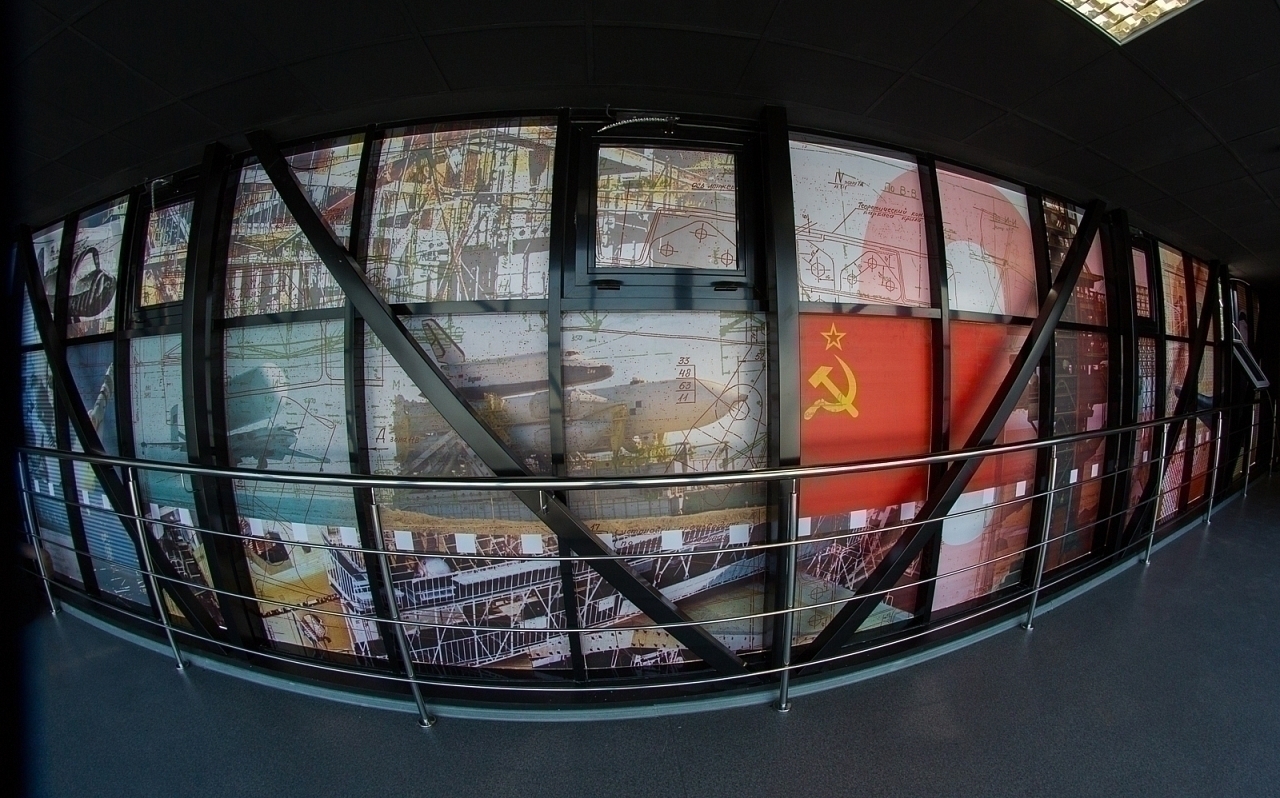 The interactive museum complex "Buran" at VDNH was opened by the Deputy Mayor of Moscow Government on economic policy and property and land relations Natalia Sergunina. According to her, since its appearance, the space industry became one of the key themes of the Main exhibition of the country: "The museum complex" Buran " is the second stage in the creation of aerospace cluster at VDNH together with" the Joint Rocket and Space Corporation" (the first stage was the exhibition of the military and aircraft machines at the square of Industry). "Buran", first of all, is an educational project that is designed to attract the attention of young people to the space program so we never have a shortage of personnel. The country is always in need of talented engineers and astronauts! The exposition of the museum is a small space travel that provides an opportunity to learn about the history of the ship and even take part in its landing on the ground ".

Over 2.5 million engineers, designers and scientists from 1300 enterprises of the Soviet Union worked at the development of space ship and rocket plane "Buran". The work was being done over 12 years, and for the space ship construction there were more than 80 new materials invented, such as special ceramic tile cladding, withstanding the passage of the ship through the atmosphere and preventing combustion. Many technical solutions invented at the creation of "Buran" are still used in Russian and foreign space technology.

These are the facts that Igor Volk draws attention to. Igor Volk is the honored test pilot, the Hero of the Soviet Union who piloted and tested the atmospheric analogue of "Buran" - the ship BTS-002. "In the 70s it was decided to create a reusable space system, and the work that lasted 12 years began! During this time, our designers made a lot of discoveries; so many new technologies that are used now were invented ", - added Igor Volk.

The model of "Buran", which is currently at VDNH, was originally used for testing the aerodynamic properties of the space ship body. Inside it was empty, without any control or technical system, but thanks to the joint efforts of the Government of Moscow and the ACCD, the model was granted a second life and found its new useful application. "There is an element of vocational guidance: such objects help to raise the interest to engineering and inventive activities", - said at the opening ceremony of the interactive museum "Buran" Deputy General Director on External Relations of JSC "United Rocket and Space Corporation"- Denis Kravchenko.

As he pointed out, -"Buran", as well as the pavilion "Space" at VDNH will become important stages of the Moscow space cluster development: "We are developing another large-scale project - the pavilion" Space ". By the end of 2017, we expect to develop a large metropolitan space cluster or project "Cosmic Moscow” together with Moscow and VDNH. Not far from here there is a Museum of Korolev, in excellent condition, a hotel "Cosmos", a Memorial Museum of Cosmonautics. All this together will give a coherent picture of the development of Russian cosmonautics and the modern advanced achievements. "

In her turn the General Director of JSC "VDNH", Ekaterina Pronicheva stressed that such large-scale social projects are implemented at their own expense, the money from the municipal purse is not involved.

"VDNH is not a budgetary organization; it is an open joint stock company. All projects are realized at the expense of the Exhibition and with investors attracting. Our revenues, including the sale of non-core assets in the near future will make about 10 billion rubles. Only this year VDNH received half a billion rubles of income from the organization of events, including the resources of advertisers and sponsors, as well as from selling the tickets to shows, concerts and so on. All the money earned money is spent on the territory development and on the projects, just like the project "Aviation and aerospace.” Today we are the witnesses of the first step towards its implementation ", - said Ekaterina Pronicheva.

According to her, the efforts of the Main exhibition of the country and the city government resonate with Muscovites: "The interest of the citizens to our actions is great. It's only less than a month ago that we closed the surprise festival “Inspiration” that we already have a confirmation of more than 90% of sponsorship funds for the next year. "

LOCATION: area near the pavilion #20.
TIME: Interactive museum complex "Buran" is open to visitors every day except Monday, from 11 a.m. to 8 p.m. The tour lasts 45 minutes. Visit to IMC "Buran" is only possible as part of a tour group of 16 people. Guided groups are formed every 20 minutes in the hall of the museum. The last group tour starts at 8 p.m.
COST: Adults - 500 rubles, children from 6 to 12 years, students and pensioners - 250 rubles, children under 6 years old, orphans left without parental care, the disabled, veterans and members of families with many children until the youngest child is 16 years old - free of charge.
ORGANIZER: JSC "VDNH"

Its first and the only space flight orbital rocket-ship "Buran" made November 15, 1988. The spacecraft was launched from the Baikonur Cosmodrome by means of the launch vehicle "Energy".  The flight lasted for 205 minutes; the ship made two turns around the Earth, and then landed at Jubilee airdrome at Baikonur.

The flight was done without a crew in the automatic mode by using the onboard computer and flight software, unlike the shuttle, which traditionally makes the last step of landing on manual control (entry into the atmosphere, and decelerate to the speed of sound in both cases fully computerized). The flight of the spacecraft into space, and its descent to Earth with the help of automatically running onboard computer was entered into the Guinness Book of Records.

In the course of working under the project "Buran" there were several prototypes for dynamic, electrical, aircraft and other tests made. After the closure of the program, they remained on the balance of the various research institutes and industrial associations. A number of technical solutions obtained by the creation of "Buran" are still used in Russian and foreign space technology.

In 1990 the works on the program "Energy-Buran" were suspended, and in 1993 the program was finally closed. In 2002 the only space ship "Buran" that went into space was destroyed at the collapse of the roof assembly and test facility in Baikonur, where the legendary rocket plane was kept together with the readymade copies of the carrier rocket "Energy".

The full-size model of the orbital ship "Buran" was installed on the territory of Gorky Park in 1993 after the end of the tests. It remained abandoned for a long time and was used as an attraction. In 2011when Gorky Park management began global transformation the attraction in "Buran" was closed.

In 2014, the model of the orbiter "Buran BTS-001" was moved to VDNH. The unique transportation operation that has never been held in the world before, took place on the night of 5 to 6 July. The main space exhibit of Russia weighing 50 tons covered a distance of 15 km from Gorky Park to the Exhibition of Economic Achievements in 6 hours!

Within the shortest time possible "Buran" was repaired and on its basis there was an interactive museum complex created. Similar exhibitions using the models of the ship-shuttles already exist in NASA's Kennedy Space Center in the US, Speyer Museum of Technology in Germany and at the Baikonur Cosmodrome in Kazakhstan.