During the first two days of its 80th Anniversary, VDNH has seen more than 400,000 visitors. The anniversary celebrations will continue throughout the week, showering Moscow residents and guests with concerts by popular performers, a dance flash mob, a food festival and a unique drone show. 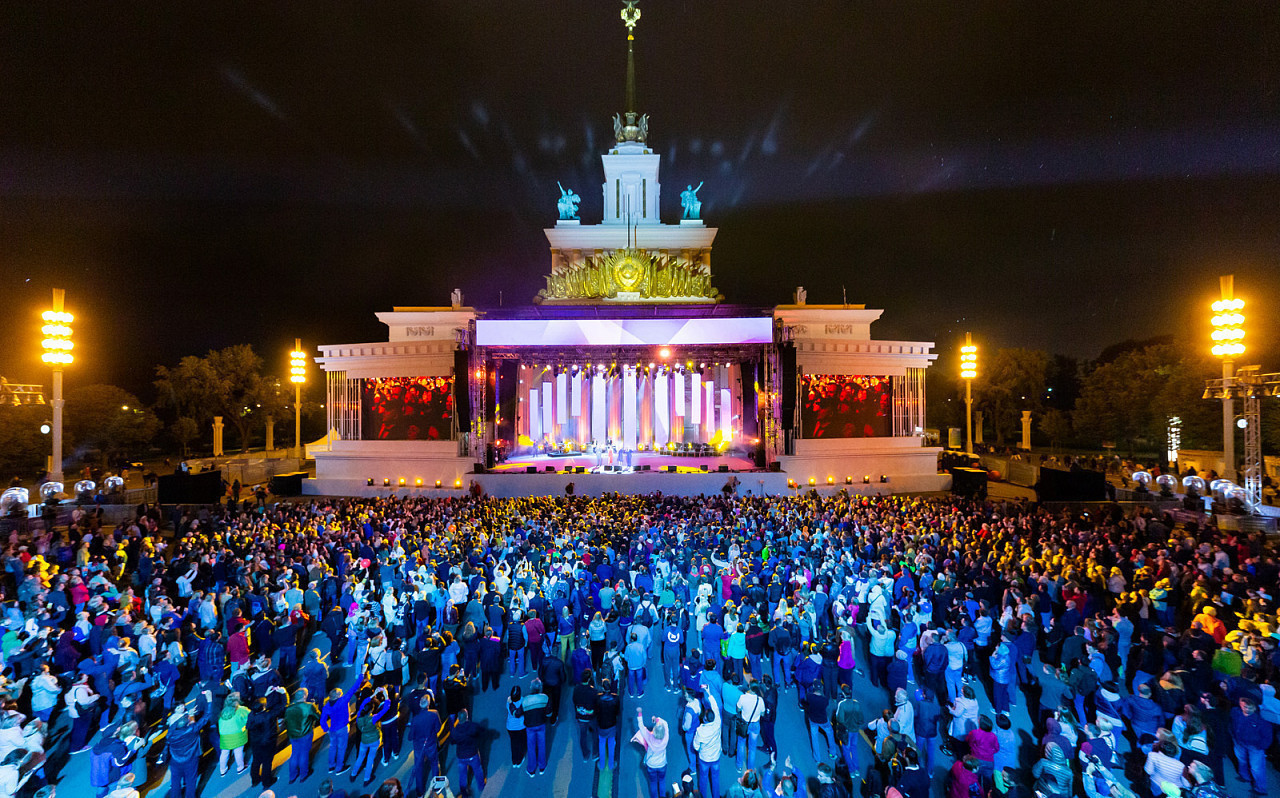 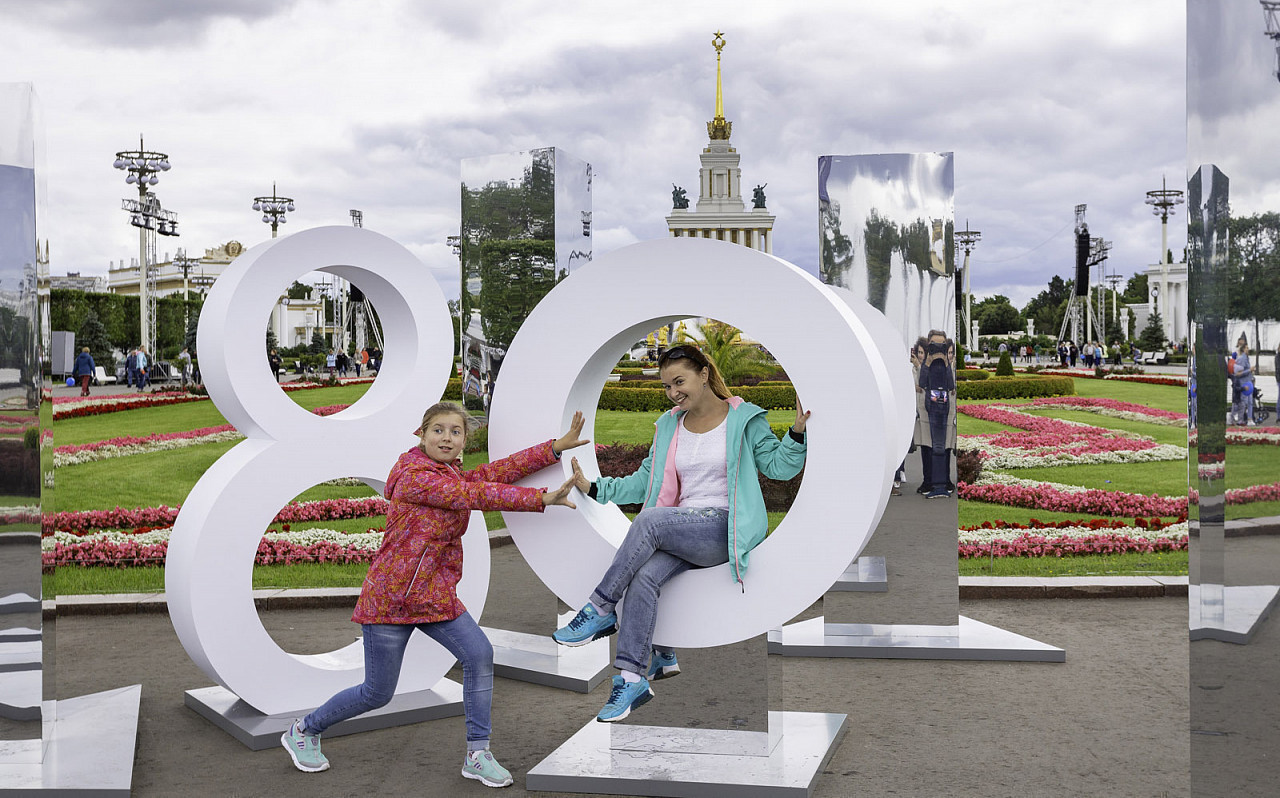 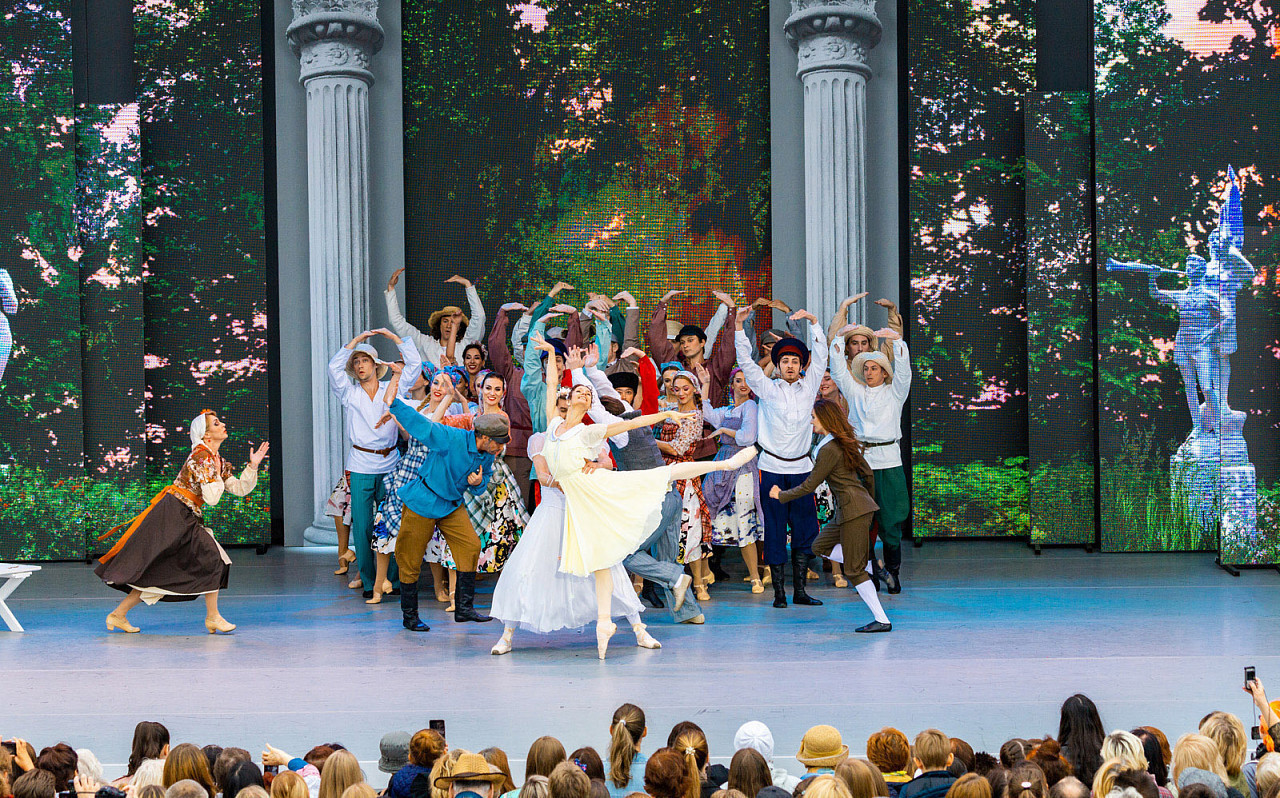 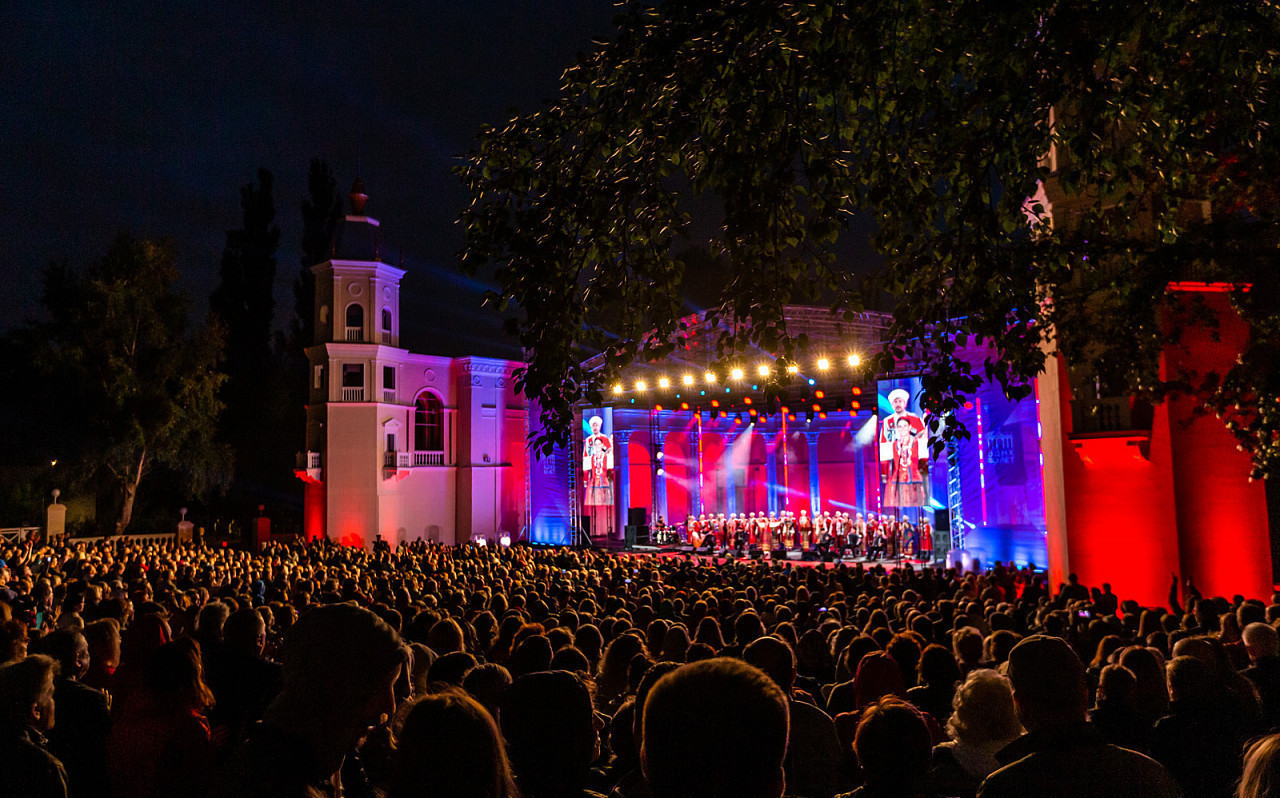 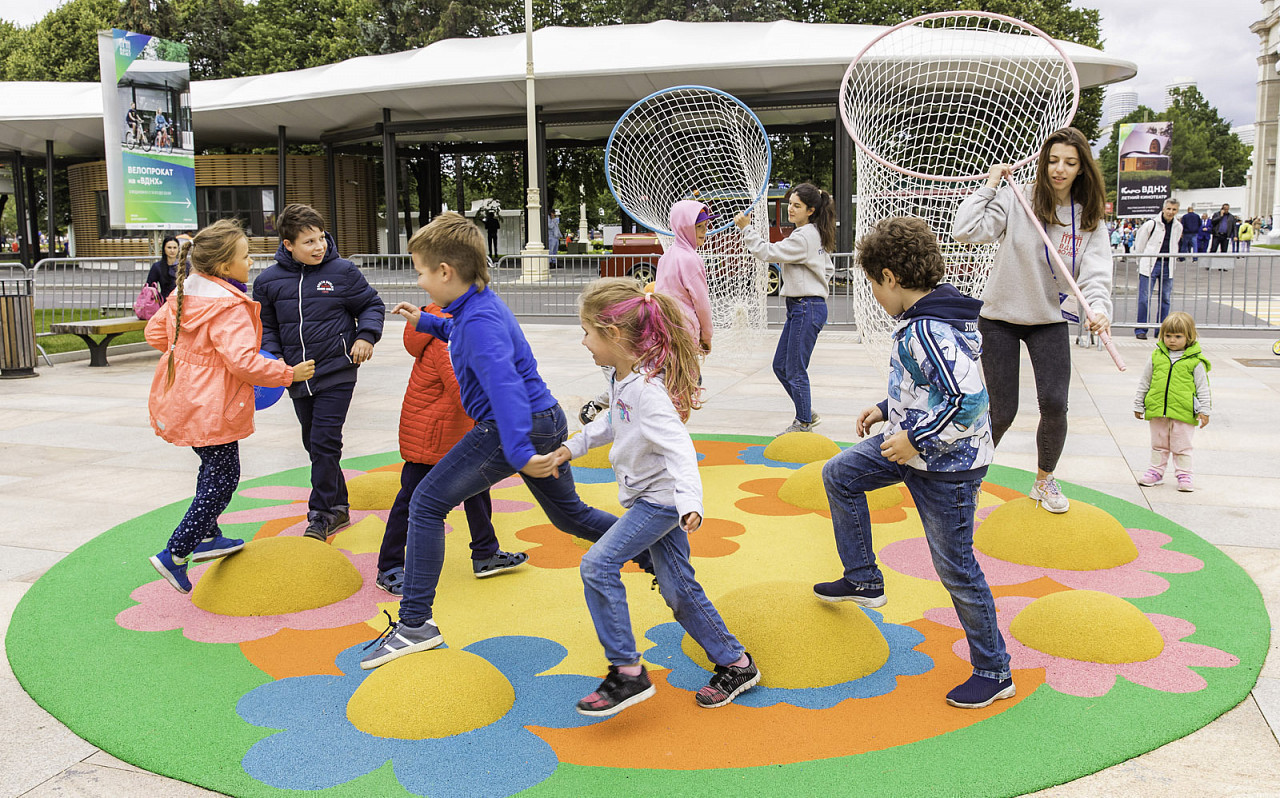 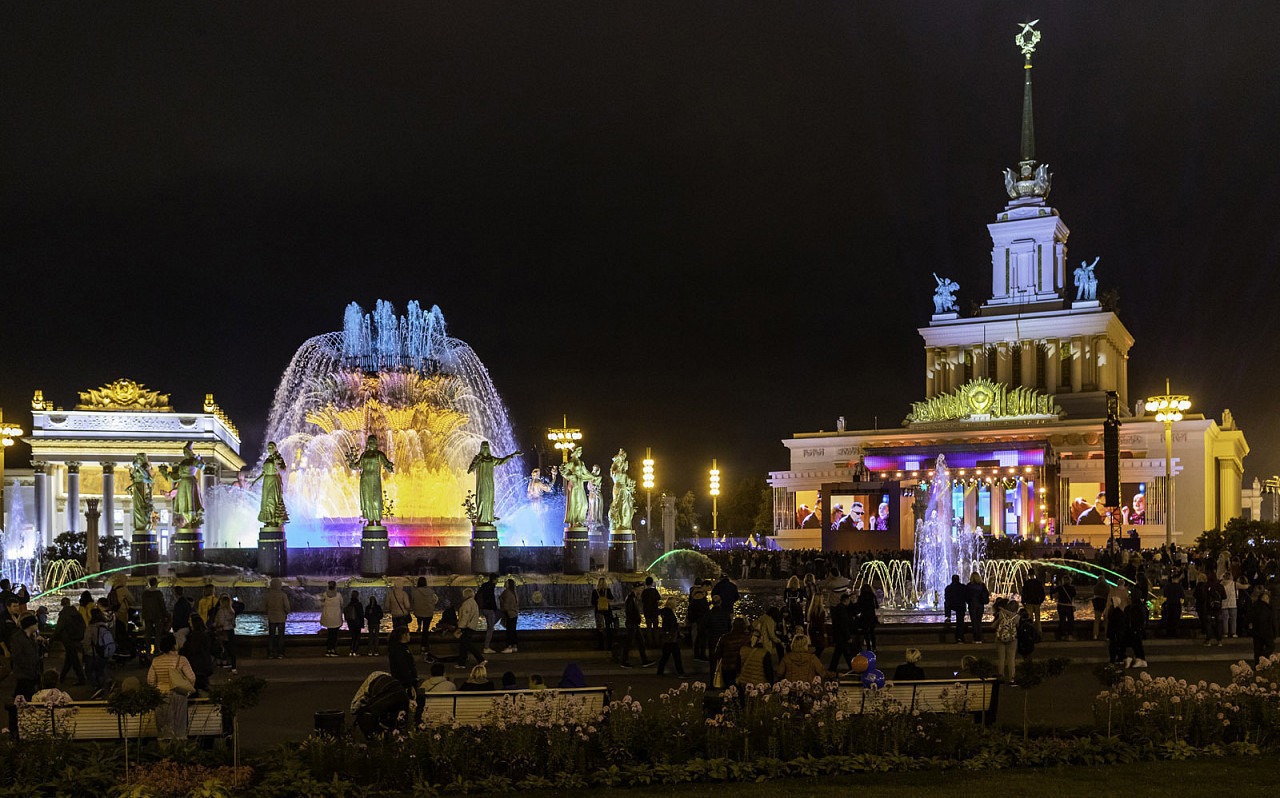 In addition, guests were treated to jazz by Sher Oston and His Orchestra and Oleg Lundstrem State Chamber Jazz Music Orchestra featuring Teona Kontridze, a performance by the Presidential Orchestra of the Russian Federation, a workshop by the Bolshoi Theatre soloist and actress Anastasiya Meskova as well as national dishes of the CIS countries.

On the weekend, just like the previous two days, festive concerts will take place on the main stage located at the Friendship of Peoples fountain. On 3 August, it will host the Moscow-based Russian Philharmonic Orchestra at 3 p.m., followed by MOSBRAS Orchestra at 8:30 p.m. and the band Uma2rman at 9:30 p.m. On 4 August, Ska-Jazz Orchestra will perform at 3 p.m. and the band IOWA at 7:30 p.m.

On 3 August, all electronic music fans are invited to VDNH's Green Theatre: from 3 p.m. to 5 p.m. they will be entertained by the bands On-the-Go and Guru Groove Foundation followed by Isaac Nightingale and Manizha from 8 p.m. to 10:30 p.m. The musical marathon will come to a close on 4 August with performances by famous pop-singers. The band Pizza and singer Musya Totibadze will perform in the afternoon, giving the stage over to fellow musicians Kravts and Alekseev in the evening.

Besides, at 2 p.m. on both 3 and 4 August, Vitaliy Surma, European Dance Sport vice-champion and World Championship finalist, invites everyone to the main stage for a dance flash mob.

Moskvarium has also come up with a special gift. At 12 a.m. on 3 August, a colourful parade will set off from the Central Alley. Its participants will walk through VDNH dressed as fish, octopuses, crabs, starfish and other underwater creatures. The programme also features a live orchestra and an exciting acrobatic show with over 30 theatre and circus performers.

On 3 August, a series of motivational meetings with popular bloggers will be held as part of the VDNH Anniversary. Everyone is welcome to meet Instagram stars and hear their success stories from 2 to 4 p.m. at the Promyshlennosti Square.

At 9:30 p.m. on 3 August, Moscow residents and guests will witness a unique drone show created exclusively for the anniversary of the country's main exhibition grounds. A total of 500 drones with LED lights will be launched into the air forming various shapes, symbols and phrases at up to 300-metre height. The Central Alley of VDNH will be the best spot to contemplate these bright 'patterns'. We recommend watching the show from a vantage point in between the Central Pavilion No. 1 and the Stone Flower Fountain.

From 11 a.m. to 5:30 p.m. on 4 August, the Second Kamensky Pond will host the first domestic wakeboarding competition for the VDNH-80 Cup.

Classical art aficionados are invited to the open stage of the Pavilion No. 57 for the performances by the Bolshoi and the Stanislavski and Nemirovich-Danchenko Moscow Academic Music Theatre principal dancers at 4 p.m. and 7 p.m . Created exclusively for the 80th Anniversary of VDNH, the mini-ballet is based on the libretto by Fyodor Lopukhov and Adrian Piotrovskiy to the music score by Dmitri Shostakovich.

A special youth programme has also been prepared. Several play areas offering plenty of fun to young guests and their parents are open from 11 a.m. to 9 p.m. in various locations across VDNH. For instance, there is an area with a ball pool to the left of the Main Entrance and another one next to the Optics Pavilion No. 64 where kids are welcome to play tag and hind-and-seek, make castles from coloured sand, ride on yoga swings and slides. Besides, in the play area next to the Soviet Culture Pavilion No. 66, young visitors can hop on the Spool roundabout, climb on unusual trees in the shape of big coloured pencils and play with balls, trying to roll them into holes on a large canvas with a pattern that resembles a Pavlovsky Posad shawl.
At 11 a.m. and 4 p.m., the Shoot a Film in One Day creative workshop is offered at a venue next to the Buran interactive museum complex. Young participants will get practical skills in making short films with mobile devices, action-cams and photo cameras. These materials will then be used to create a film about the Anniversary celebrations.

The Friendship of Peoples food festival will treat its guests to national dishes of the CIS members at the Promyshlennosti Square.
From 9 p.m. until midnight on both days, a projection mapping will adorn the arch of the Main Entrance. Festive illuminations will be lit up at other VDNH sites as well, including the pavilions along the Central Alley, the Worker and Kolkhoz Woman sculpture and the flower beds at the Friendship of Peoples fountain.

Moreover, starting from 1 August, the right wing of the Main Entrance will house the Museum of VDNH established on the occasion of the Anniversary. There you will be able to learn about the history of VDNH and the people who contributed to the development of this unique historical and cultural cluster. Admission will be free until 8 September 2019.