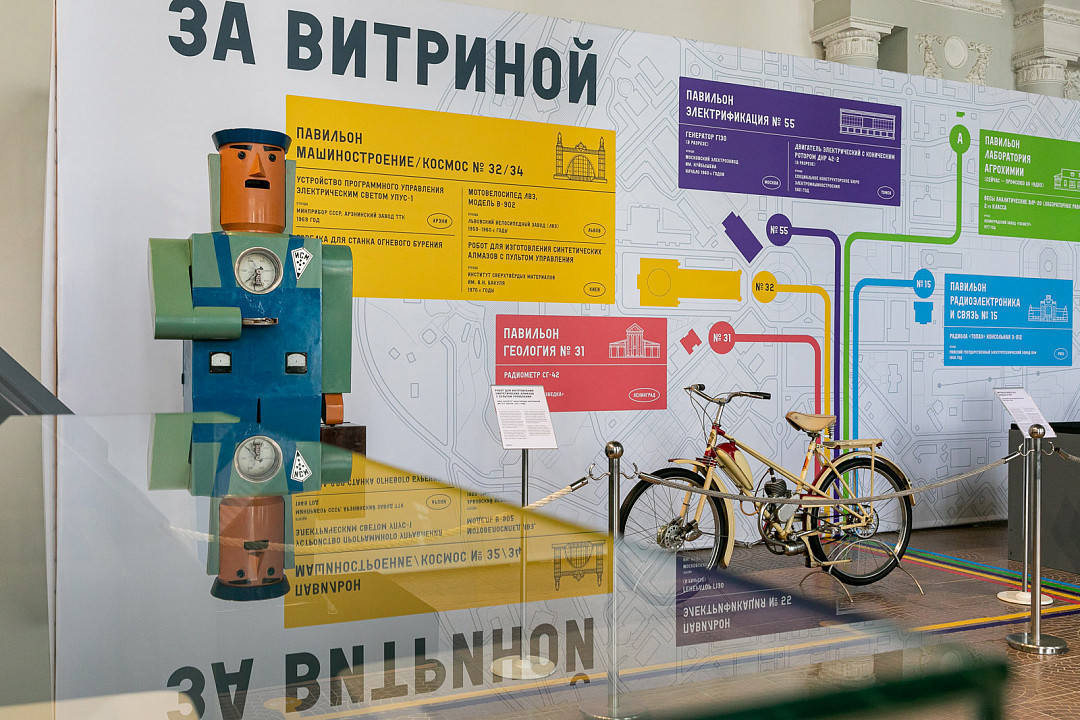 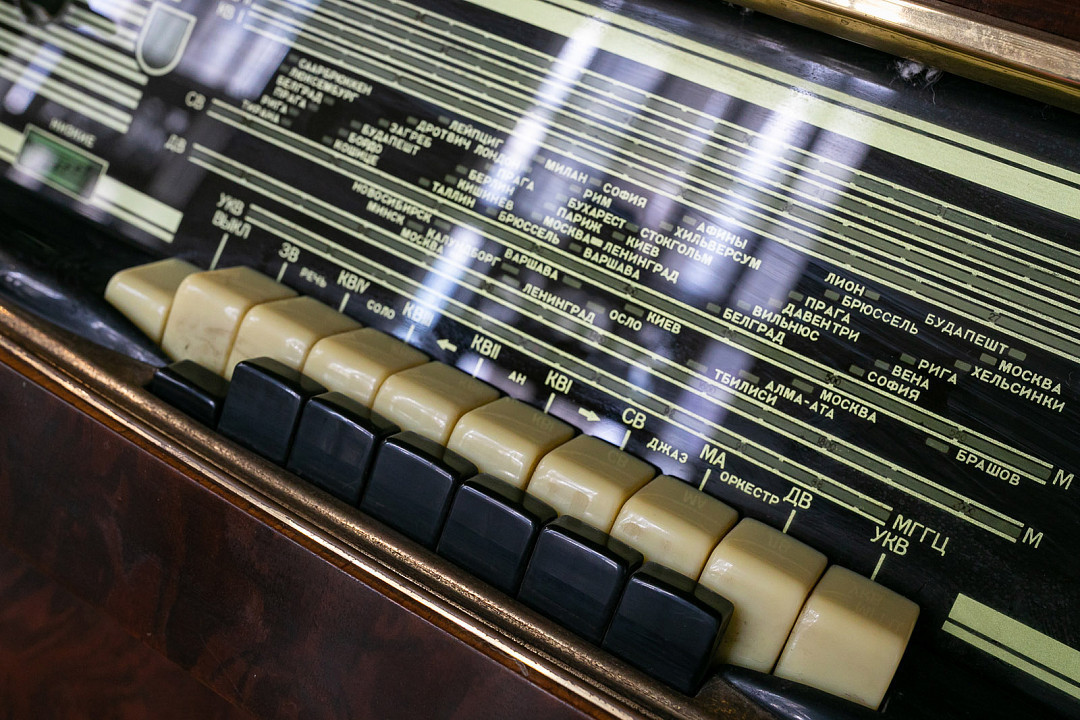 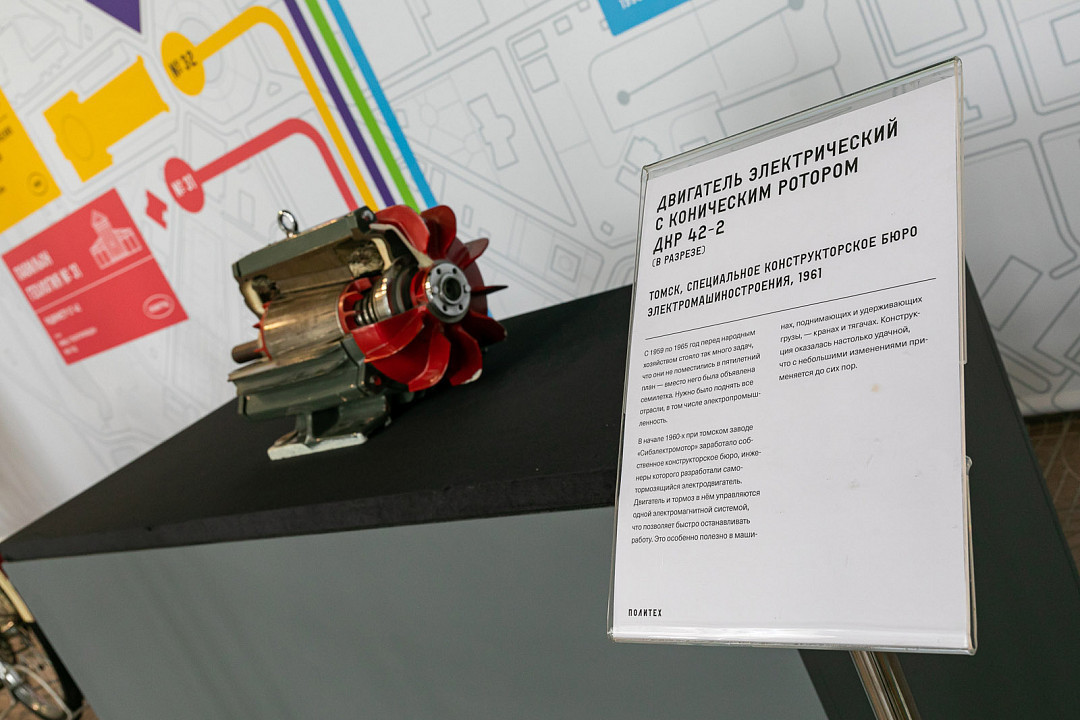 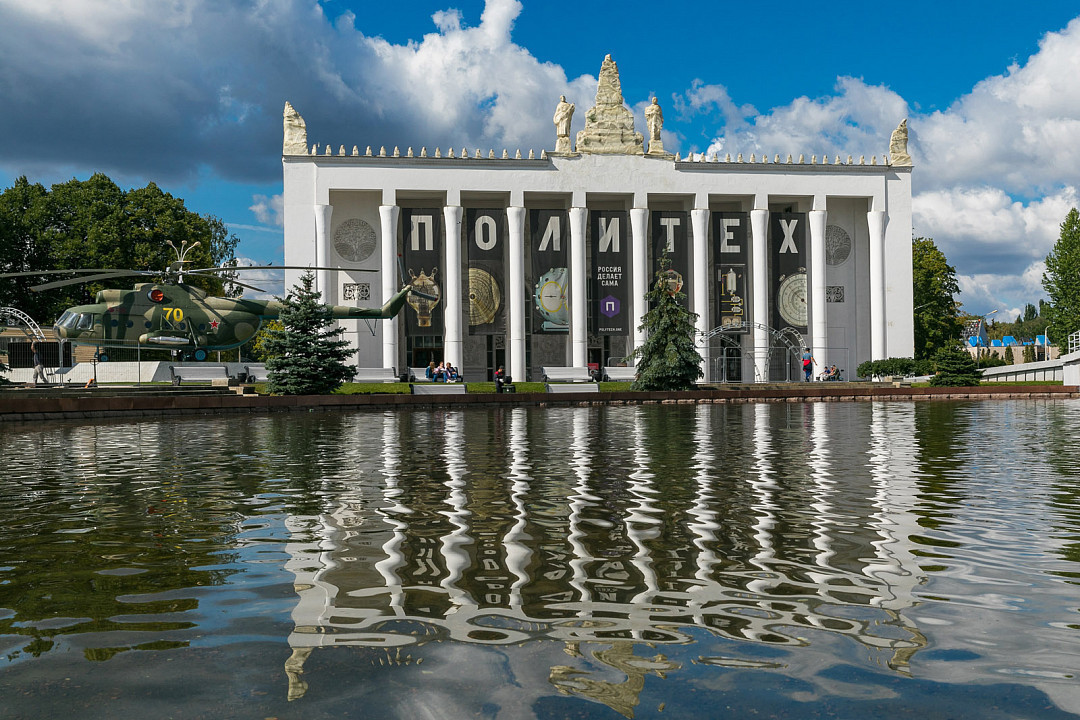 Behind the Show-Case: Scientific and Technological Achievements of the 1960—70's

A robot used to demonstrate the achievements of the USSR in the synthesis of diamonds, electric light control equipment for poultry farms developed in the 60s, the first motorised bicycle manufactured at the Lvov Bicycle Factory, high-accuracy scales from the Gosmetr factory in Leningrad dating from the 70s, whose products can still be found in labs around the world today – you will find all these and many other unique items at the exhibition.

The new project exhibits rare items brought from other pavilions of the Main Exhibition of the Country. Some of them were not for sale but served to demonstrate Soviet industrial potential.

For example, a high-end Topaz radio in a polished case finished with rare wood with a special compartment for records. It received signals from local and faraway radio stations, it could locate radio waves automatically and be turned on and off using a remote control.

The history of the Exhibition of the Achievements of the National economy began 80 years ago. It was designed to represent the USSR and showcase the Soviet lifestyle. Here, one could find everything the country was proud of: pedigree cows and pigs, the best varieties of wheat and sugar beet, radio, and aircraft.

Factories and plants around the country sent samples of their best products to the Exhibition. They all serve to preserve a part of the Soviet era. Some unique items from VDNH moved to the Polytechnical Museum and today they are a part of the new exposition.