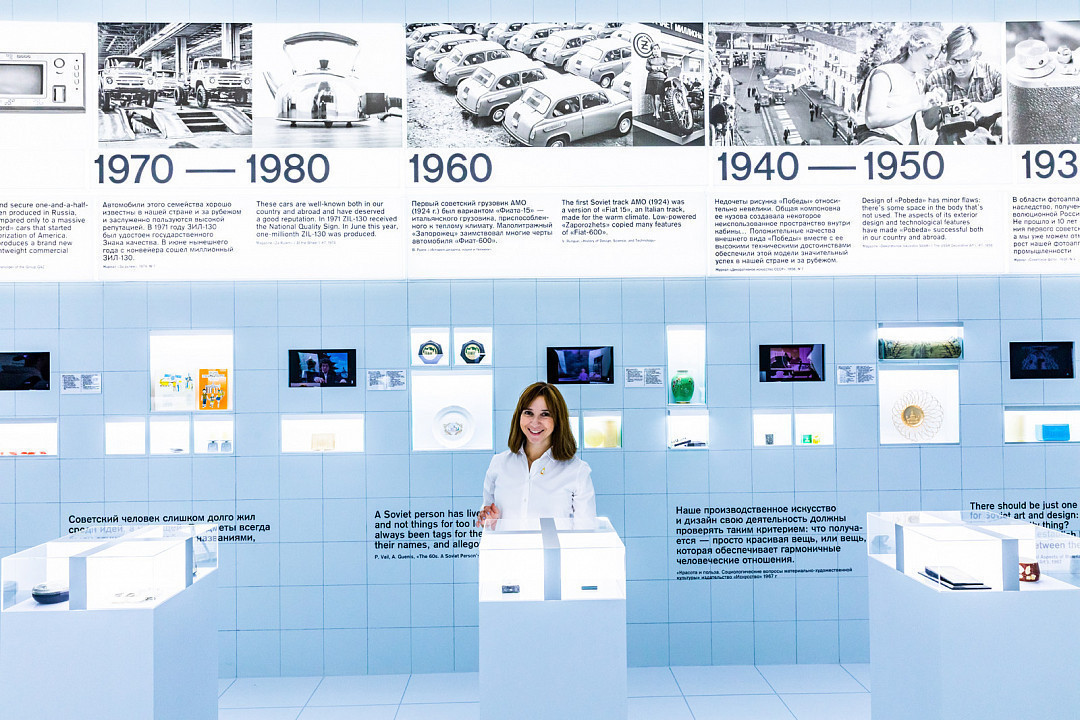 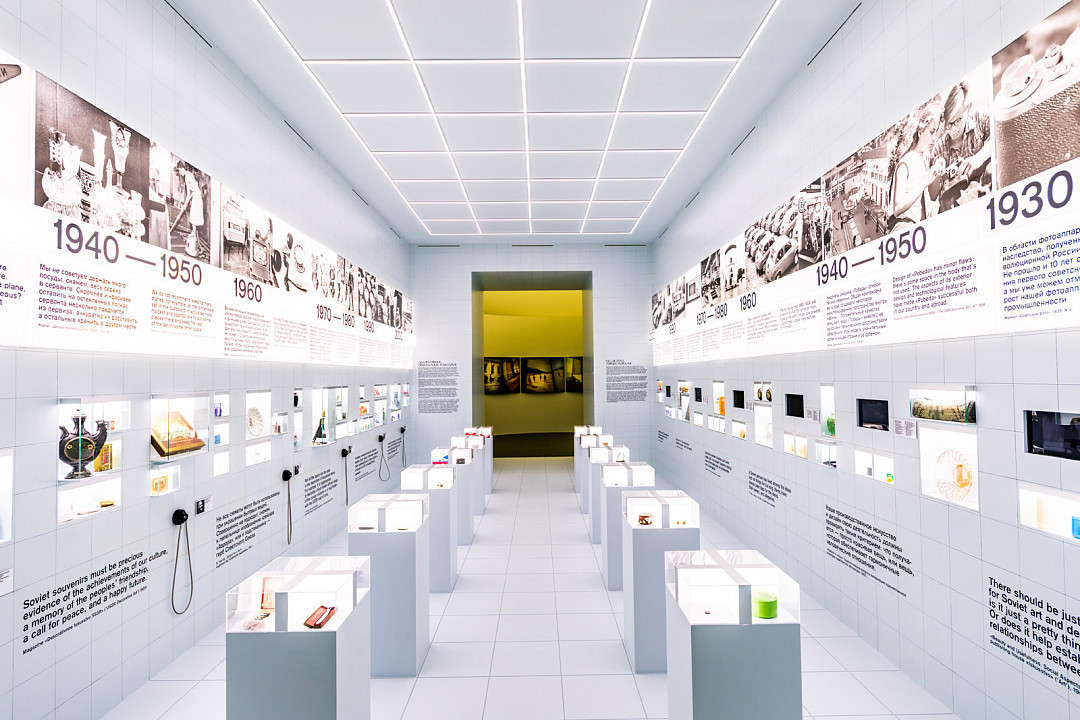 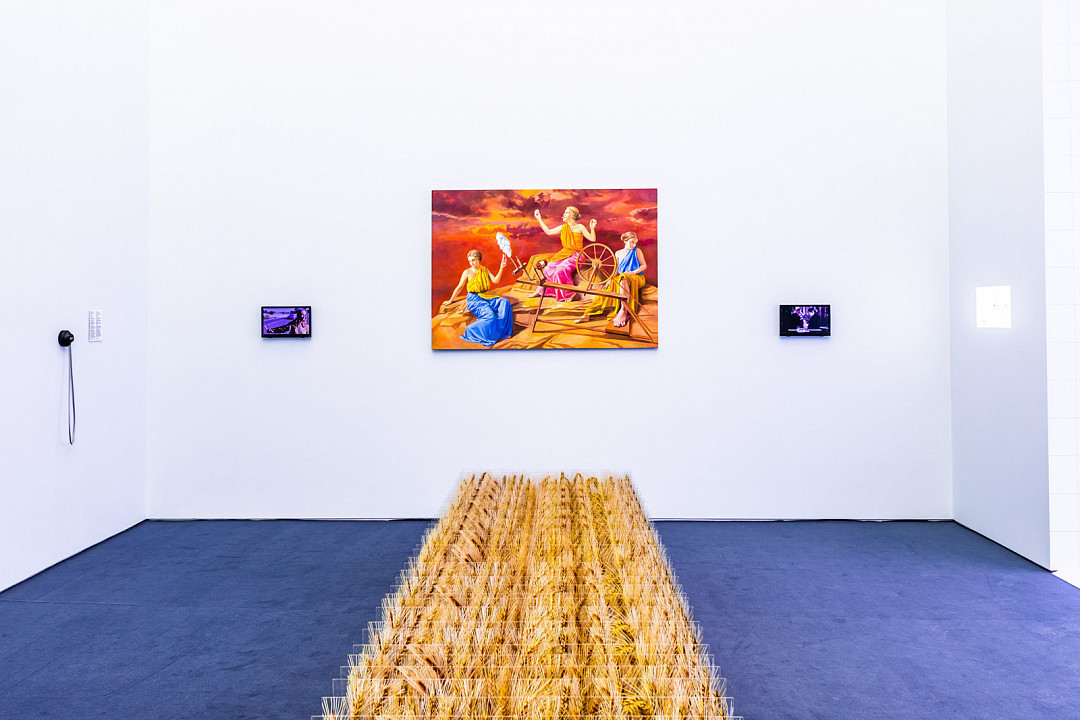 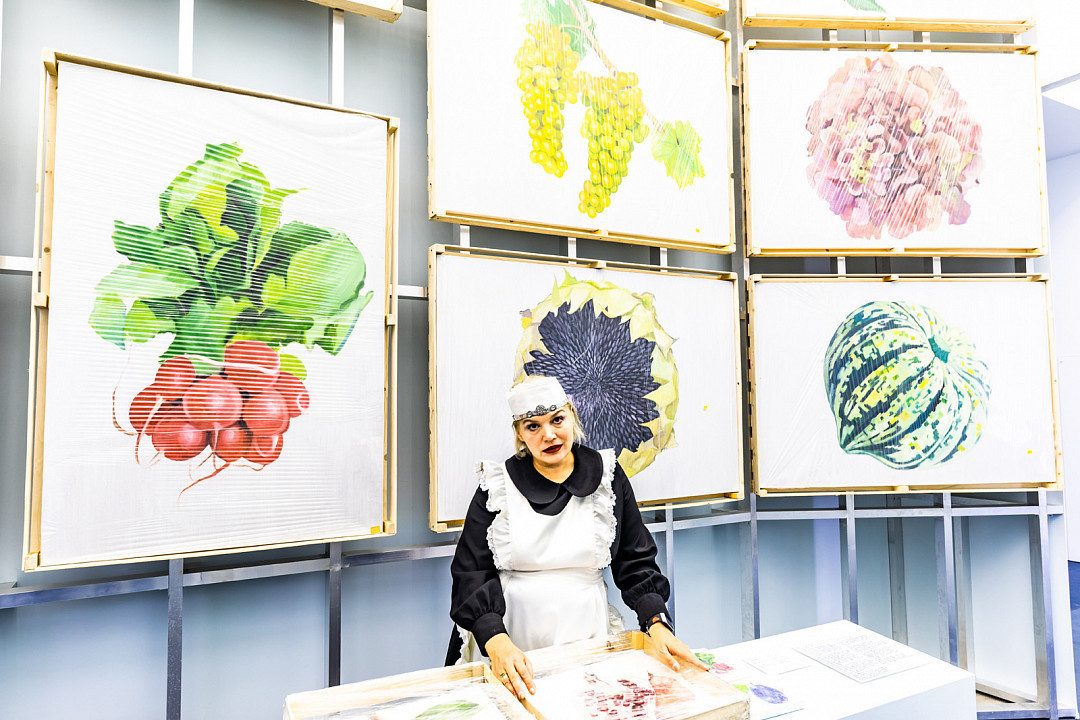 Project Let's Go to the Exposition! or the VDNH Cultural Code

The exposition includes graphic works by Valery and Natalia Cherkashins, where the temporal layers intricately overlap, and Anton Chumak's Battle for the Harvest series, which combines the ornamentation of the pavilions, industrial motifs and heraldic images. Alexey Belyaev-Gintovt will present his epic panels, on which fragments of buildings and décor of the Exhibition emerge against a gold background as memories of an ancient civilization — Atlantis, gone under water.

The second part of the exposition is dedicated to functional art. Porcelain figurines and decorative plates, cups and vases, boxes and cuffs — each decade of the past will present exhibits directly related to the history of VDNH. Guests of the exposition will be able to trace the development of domestic design on the items of Soviet life and see the rare artefacts with the symbols of the Main Exhibition of the country.

Live voices of famous people of art will sound in the hall: the musician Andrey Makarevich, poet Lev Rubinstein, actress Svetlana Nemolyaeva, and other people of culture and art will talk about VDNH as a symbol of "big style" which made a great influence on the world of small things, will share their childhood and adolescence memories of the Main Exhibition of the country.

The navigator around the Contemporary Art exposition is the book of poems Let's Go to the Exhibition written by the Soviet poet Elizaveta Tarakhovskaya in 1958. The theme of children's poems will resonate with the works of modern painting and installations complemented with photos from the archive of VDNH.

Famous Russian artists who directly or indirectly use the aesthetics of the Exhibition in the work will take part in the project. Among them are such names: Egor Koshelev, Viktor Skersis, Lyudmila Skripkina, Alexander Sigutin, Diana Machulina, Irina Korina, Olga Chernyshova, Sergei Geta. Here you can see works of the photographer Igor Mukhin and fragments of films shoot at VDNH — They Met In Moscow, The Foundling, Tanya.

EXHIBITION CURATORS: art scholar Kirill Svetlyakov, graphic artist and designer Igor Gurovich, journalist and screenwriter Olga Tsipenyuk, film critic Pavel Shvedov.
VENUE: VDNH, Pavilion No. 67 "Karelia."
DURATION: From 31 July 2019 to 12 January 2020 daily, except Mondays, from 11 a.m. to 10 p.m.
ADMISSION: Free from 31 July to 8 September 2019. After that: adults — 300 RUB, seniors — 100 RUB, weekdays from 11 a.m. to 5 p.m. and every 3rd Sunday of the month from 11 a.m. to 10 p.m. — free for all. Also, free for: school children, students, members of the Russian Union of Artists, Russian Union of Photo Artists, Russia Union of Film-Makers, people with disabilities, veterans of WW2, and large families with children under 16.