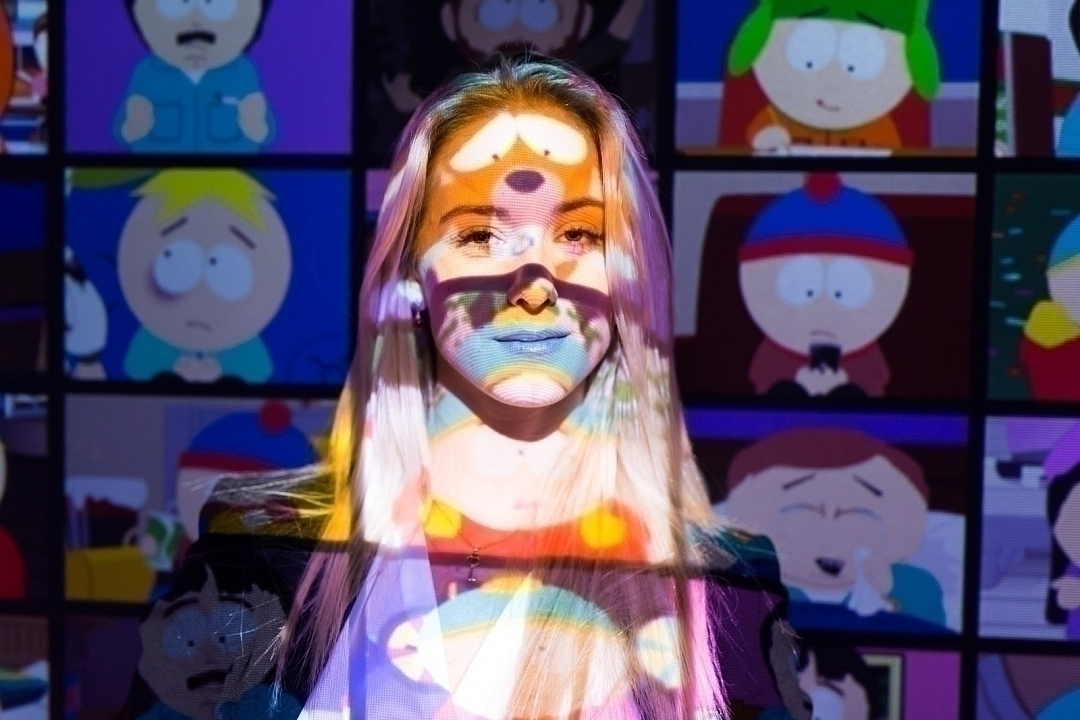 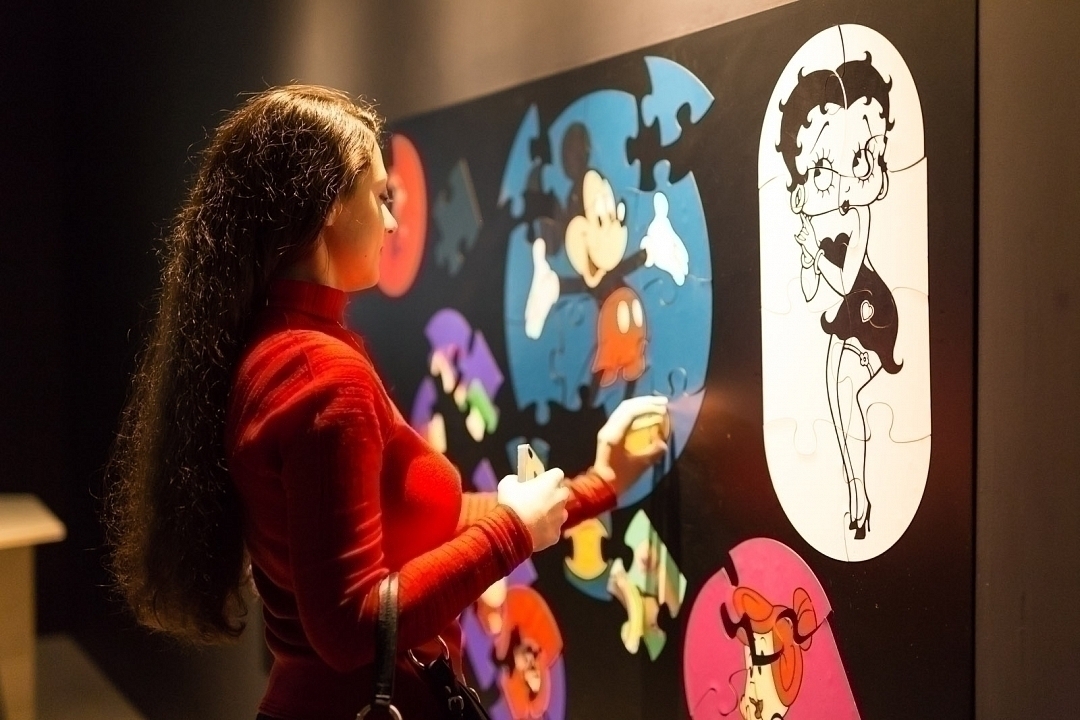 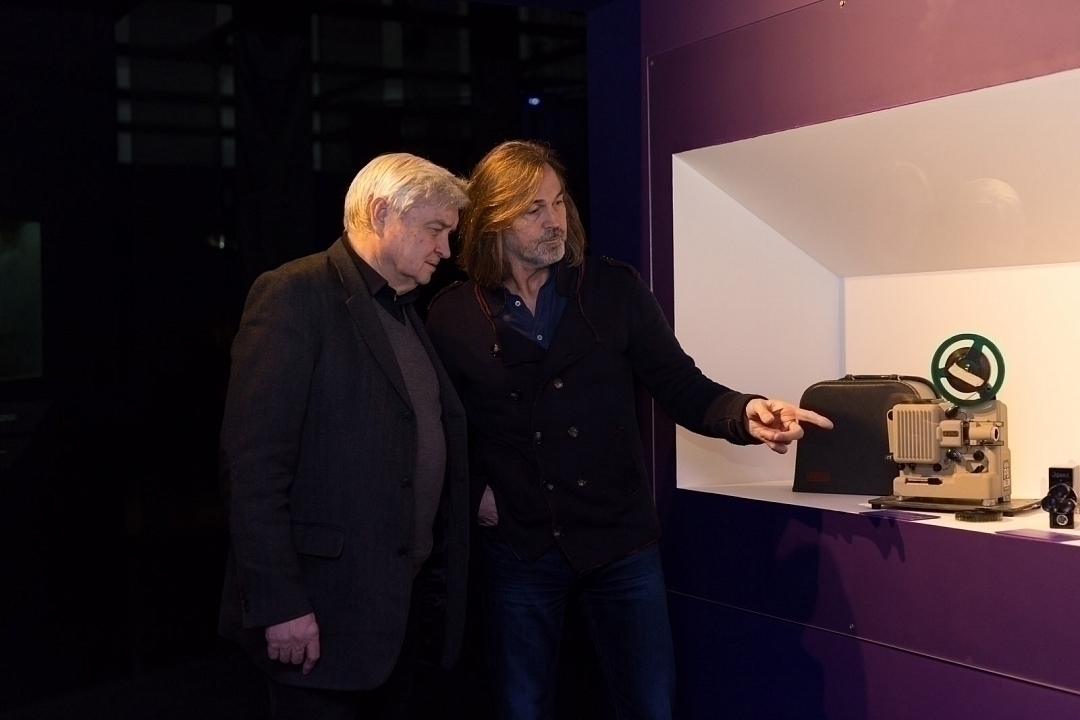 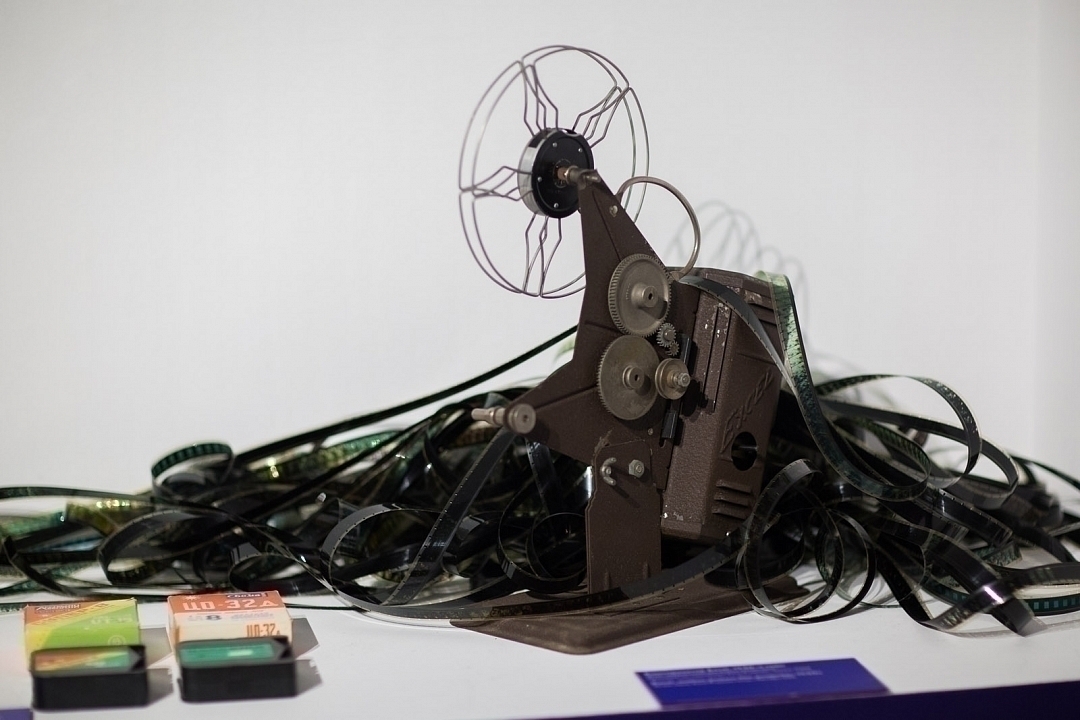 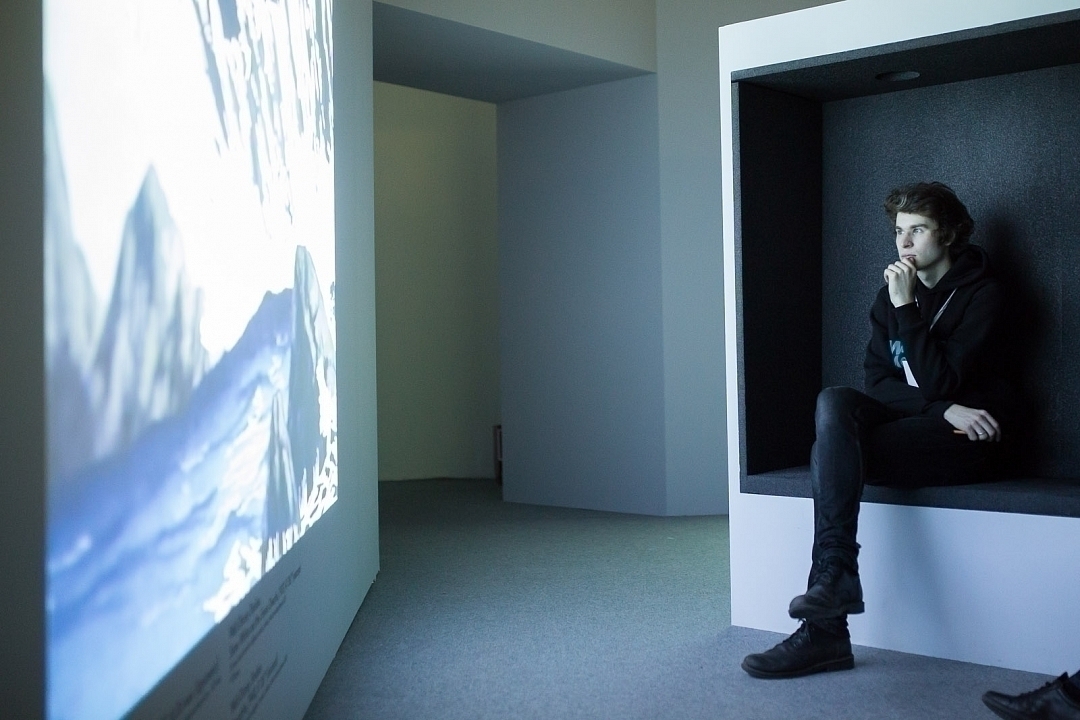 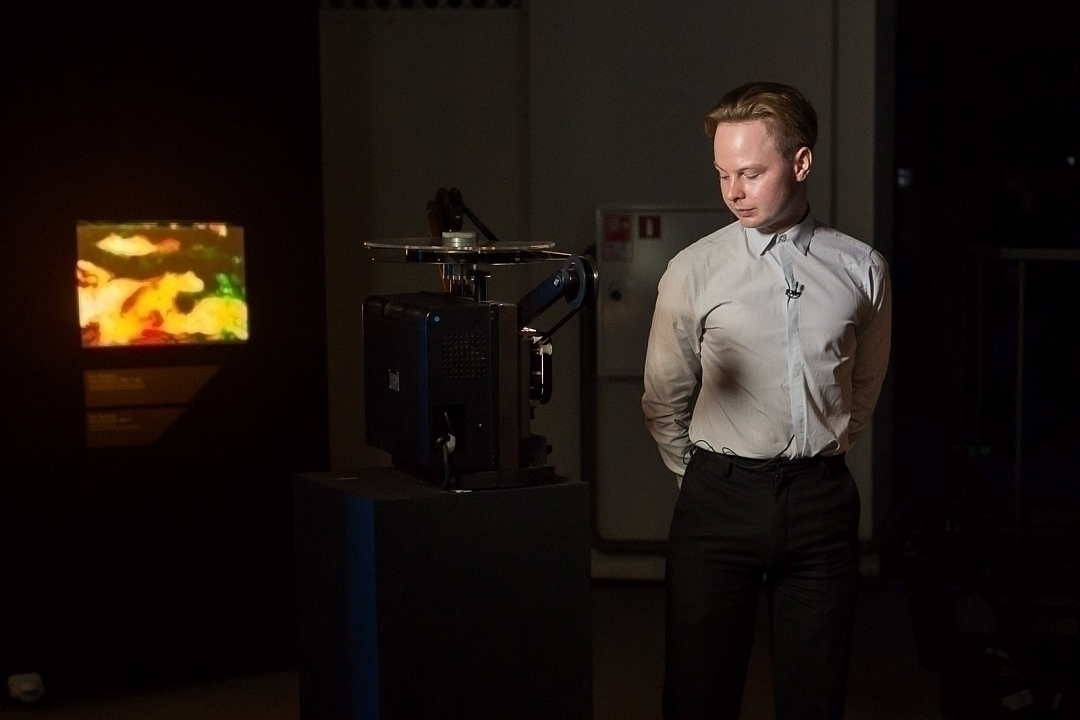 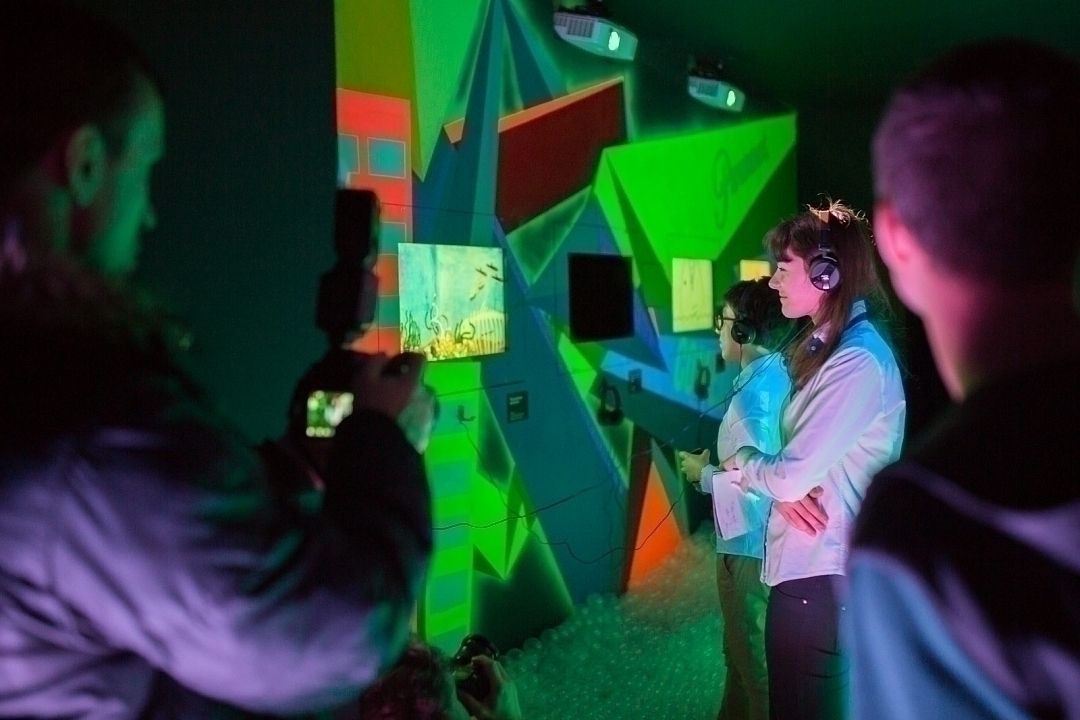 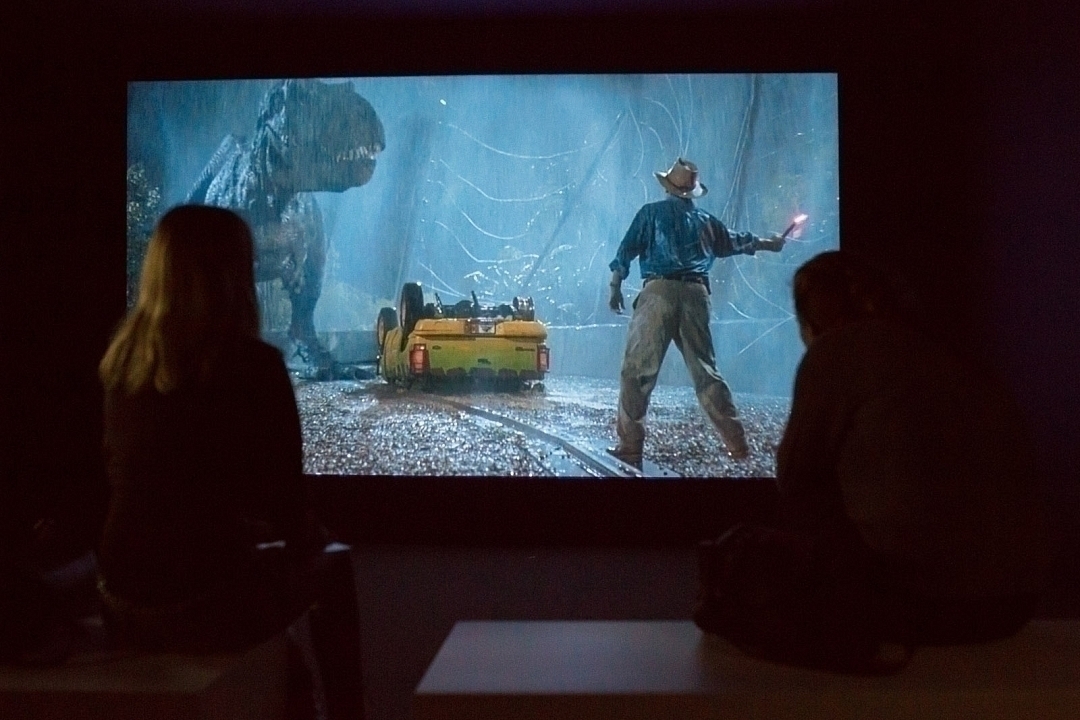 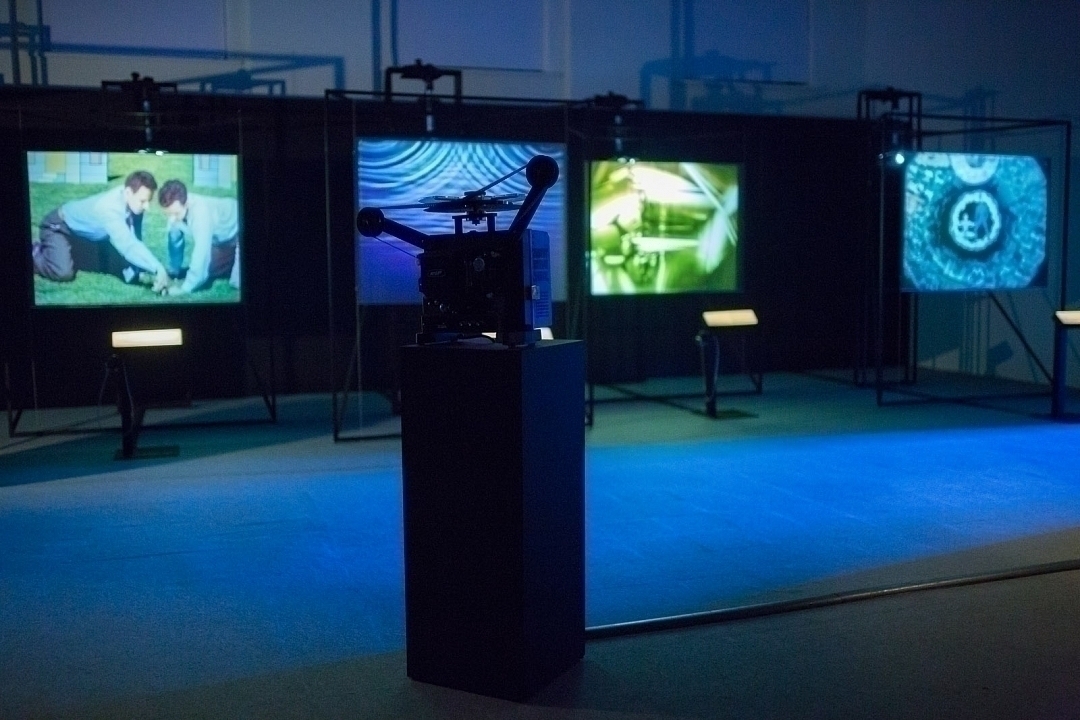 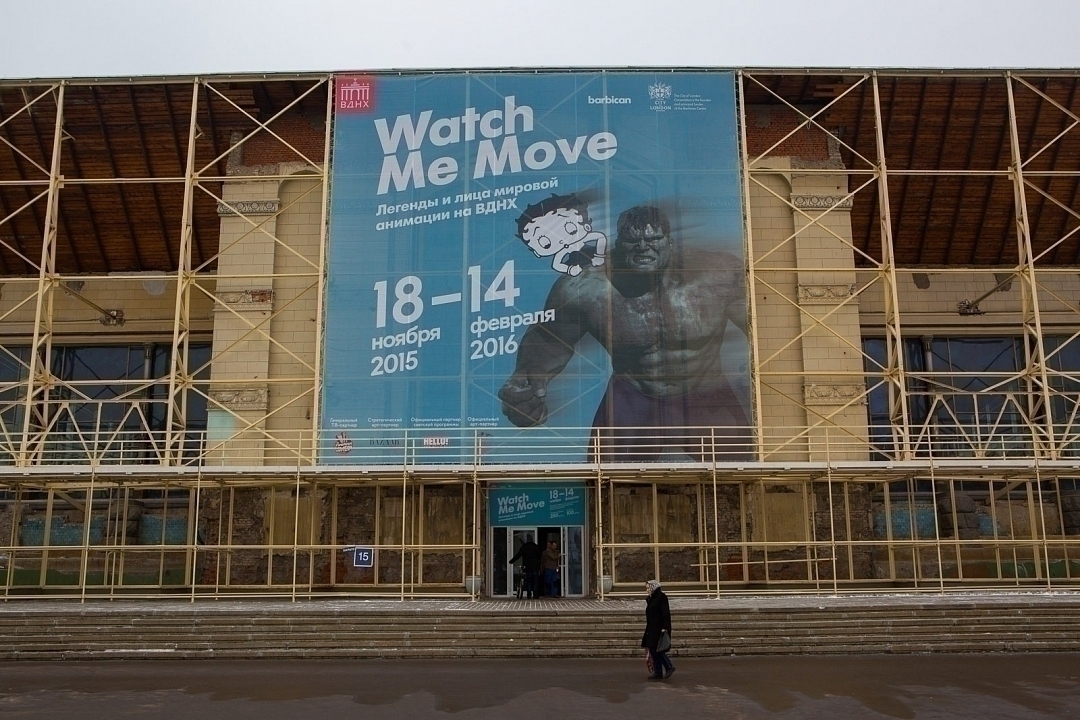 Exhibition “Watch Me Move: Legends and faces of the world animation at VDNH”

The exhibition devoted to the history of animation opens till 14 February 2016 in the pavilion #15 with the support of Barbican cultural center from the UK. The exhibition introduces the visitors of VDNH to the most important names of the world animation - from the authors of the first black-and-white experimental cartoons to the leaders of the new wave of animated art house. The exhibition includes the best releases of the major animation studios such as Walt Disney, Warner Bros., Aardman, Pixar, Ghibli.

The exhibition blockbuster Barbican Arts Centre has already been to Rio de Janeiro, Madrid, Detroit, Nashville, Monterrey and today is moving in the direction of the pavilion #15 “Radio electronics".  The collection of exceptional achievements in the world of animation, collected by the project curator Greg Hilty, includes more than 150 exhibits: cartoons, made in the technique of hand-drawn, doll, clay, sand, the silhouette and the pixel animation, rotoscoping, stop-motion and shadow theater, as well as chronophotography, animated cartoons, sketches, storyboards and character models, vintage cameras and projectors.

Watch Me Move introduces the most significant names of the world of animation - from the authors of the first black and white experimental cartoons Etienne-Jules Mare, Emile Reynaud, Segundo de Chaumont and Georges Méliès, to the leaders of the new wave of animated art house - Jiri Barta, Patrick Bokanovski, Harun Farocki, Nick Park, Tim Webb, Bob Ebiston, Ralph Bakshi, and many others.

The name of the exhibition is the opening title of the silent "Little Nemo" by Winsor McKay. Two minutes without a plot and text represent the promenade of archetypal characters - a caveman, a clown, a prince, a princess and a dragon awakened to life in 1911 and show its main feature - movement. 'Watch me move '- a unique guide to viewing the exhibition: deliberately ignoring the chronology, dividing schools, studios and scenes, the curator of the Exhibition mixed the names, styles, technology, age and history to make a parade of animated images and let us discover new meanings in the energy of their interaction. The exhibition includes the best releases of the major animation studios - Fleischer, Walt Disney, Hanna-Barbera, Warner Bros., Aardman, Ghibli, Pixar, Tezuka, Shochiku, as well as the works by contemporary artists of the world level, devoted to the inexhaustible potential of animation. Among them are William Kentridge (Johannesburg), Natalie Dyurberg (Berlin), Francis Alius (Mexico), Xiao Fei (Beijing) Ksiahu Zhou (Shanghai), the duo Igloo (Bruno Martelli and Put Gibson), Julian Opie (London), Kara Walker (New York) and Ryan Trekartin (Los Angeles). Watch Me Move is a call to see in the free stream of scene interpretations and authors’ visual solutions, the portrait of the collective unconscious; to find a "common denominator" for different generations, countries, ideologies and aesthetic systems. Dozens of popular and experimental films - creative self-portraits by the leading animators at the exhibition Watch Me Move united into to a mobile cloud of ideas and their visualizations. Each guest will see the objects of nostalgia here, wishing to stay for a while to be able to greet the old friends or meet new ones, just like at a street carnival in London's Notting Hill, celebrating ethnic diversity and freedom.

Each of the seven thematic sections of the exhibition aims to introduce the art of animation as a phenomenon of emotional reflex, a reaction to the historical trauma, revolution of technologies, war of ideologies, forced the rhythm of everyday life and as the experience of the collective memory creation.

The hall of "Phantoms" is a kind of Kunstkamera, with the attempts to resurrect the prehistoric inhabitants ("Gertie the Dinosaur" by Winsor McKay, 1914; "Jurassic Park" by Steven Spielberg, 1993); to fix the slipping reality ("Serpentine Dance" by the Lumiere brothers, 1897-1899; "Phantasmagoria" by Emil Kohl, 1908); to shape the phenomena that we cannot see ("The Birth of a flower" by Percy Smith, 1910); or do not have time to consider ("The explosion of the car" by Cecil Hepworth, 1900).

The space inhabited by the "characters", explores the phenomenon of animated celebrity, blockbuster characters whose cartoon life has become the equivalent of "platinum" sitcoms ("Betty Boop", "Mickey Mouse," "Tom and Jerry," "Bugs Bunny," "The Flintstones" and "Jetson"), and later - the experience of the open social critique ("South Park," "Futurama," "The Simpsons").

Compact Community of "Superhumen" - heroes and villains, endowed with superpowers is a key motif of the post-war animation. Thus Hulk first appeared in the comics by Stan Lee and Jack Kirby in 1962 as the product of a paranoid admiration for the progress of science during the Cold War. All the inhabitants of this section, from a sailor Popeye that gains superhuman strength with the help of spinach, to "The Incredibles," showing the mixture of super-powers, illustrate the main advantage of the animation - "in cartoons everything is possible". The harder is Hulk beaten, the stronger he becomes, - the character, that half a century ago, was associated with Frankenstein and Golem, became one of the most beloved heroes of the animated series and feature films.

Blocks "Legends" and "Episodes" are given in comparison and are designed, on the one hand to demonstrate the potential of animation in the interpretation of legends, myths and fairy tales ("Snow White and the Seven Dwarfs," Disney, 1937; "History of Rapunzel" Ray Harryhausen, 1952; "The Golem" by Jiri Barta, 1993) and on the other, to draw attention to the cartoon a tool and analysis of author’s documentation and historical facts ("Pleasures of War" Ruth Lingford, 1998; "Serious games" Harun Farocki, 2009), cultural precedents ("The Last Clown" Francis Alius, 1995-2000; "Harvest Festival" Ofudzhi Noburo, 1930), as well as a deep personal experience of the artist or his character ("Vincent" by Tim Burton, 1982; "Tale of Tales" by Yuri Norstein, 1979; "The Beach" Patrick Bokanovski, 1992).

Watch Me Move illustrates the "superpowers" of animation as a form of art, potential freedom of expression through allegory. Cartoon is a way to spread the truth in times of censorship and prevent the recurrence of tragedies, educating a new generation. For example "Who Framed Roger Rabbit" is a reflection on the theme of workers' rights, " Science Friction” - on the theme of the Cold War, "Snack and drink” – on mental disability, Maus - a manifesto of anti-fascism, "Animal Farm" – of anti-Stalinism, "Betty Boop" – of emancipation.

The space of "Forms" prepares a fascinating insight into the history of audio-visual experimentation, to the study of different models of perception,
the search for a new expressive language, capacious metaphor and universal codes.

Sacrificing a compelling narrative in favor of abstract images and sounds Viking Eggeling, Oskar Fischinger, Fernand Leger, Len Leah Jules Engel Harry Smith create experimental movie ballets and colorful symphonies in the attempt to discover universal principles of shape, color, sound and motion in the frame, just like 12 tones discovered by Arnold Schoenberg in music, and the "Proun" by El Lissitzky in architecture.

The exhibition is closed by the films- apprehensions, and objects – concepts from the section "Ideas" presenting the cartoons of new era, created in the late XX - early XXI century and showing a mass movement of artists towards the expressive potential of video games and virtual reality. "Throne" (Steven Lisberger, 1982), "Life in the town of RMB» (Xiao Fei, 2009), "Matter in Motion" (Semiconductor group, 2008) and interactive installation SwanQuake: House (Igloo, 2007) invite the audience of Watch Me Move into the realistic fantasy world, leaving no doubt about the existence of hallucinatory jungle planet Pandora, and offer to explore the underground worlds of East End of London in anticipation of the future Apocalypse.

Move towards Watch Me Move – the exhibition will please the audiences of all ages entertain, give new knowledge and "awaken to life." Experience the potential of animation, spending a few hours at the exhibition - cartoons reduce emotional distance, develop empathy and intuition. Come and feel the power of movement and prepare for a new phase – On 26 November the season of animation at VDNH will be continued by the exhibition "Artists of Soyuzmultfilm".

THE PASS FOR VISITING 8 EXHIBITIONS

“VDNH” introduces a system of passes for visiting the eight exhibition organized by VDNH. You can buy the pass in the box-offices in the pavilions and on the site.