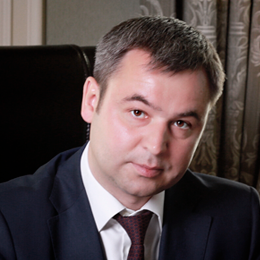 In 1998, he graduated from the Nizhny Novgorod Higher Military School of Logistics with a specialisation in management.

From 2002 to 2005 — civil service in the Accounts Chamber of the Russian Federation.

During 2010, he held the position of Deputy Director of the Long-Distance Postal Traffic Hub, a branch of the FSUE Russian Post.

From 2010 to 2013, he worked as Deputy Head of the Moscow City Property Department.

From 10 April 2013, he held the position of the head of the State Inspectorate for Control over the Use of Real Estate in Moscow. 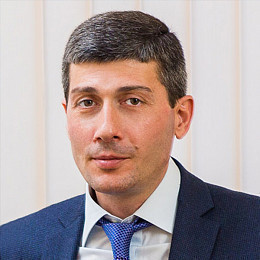 In 1995 graduated from State Engineering University of Armenia majoring in engineering and technology. From 1995 to 2001 held the position of Head of the Procurement Department of the State Administration of Civil Aviation under the Government of Armenian Republic.

From 2002 to 2003 worked as Deputy Head of the Procurement and Logistics Department of the EAST LINE and JSC ATRAN group.

From 2003 to 2008 worked as Head of the Procurement Department at JSC EXPOCENTER.

From 2008 to 2009 held the position of Deputy General Director at the DON-STROY group.

From 2009 to 2014 was Head of the Directorate of Congresses at JSC EXPOCENTER.

From 2014 to 2016 worked as Deputy Head of the Department of Congress and Exhibition Activity at JSC VDNH.

From 2016 to March 2018 held the position of Head of the Department of Congress and Exhibition Activity at JSC VDNH. 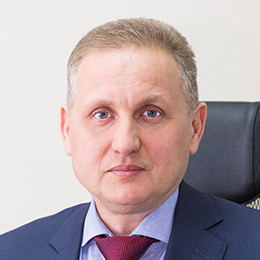 In 1995 graduated from the Sergo Ordzhonikidze Moscow Aviation Institute (MAI). In 1999 earned a Ph. D in Economic Sciences. In 2010 graduated from the Higher School of Finance and Management Russian Presidential Academy of National Economy and Public Administration with an Executive MBA in Finance.

From 1995 to 1996 worked as a manager in the Business Information Centre (in the editorial office of the Economics and Life newspaper).

From 1997 to 1999 was a leading specialist in the Securities Department of the Prominvestraschet Commercial Bank.

From 1999 to 2014, while working at the Khrunichev State Research and Production Space Centre, he climbed the ranks from economist to Deputy Director General for Economics.

From 2014 to 2015, held the position of Head of Department of Performance Management at the United Rocket and Space Corporation JSC.

In 2015 worked as the Deputy Director General for Financial and Investment Development at GEOSKAN Technologies JSC.

In August 2015 he was appointed as Financial Director at JSC VDNH. 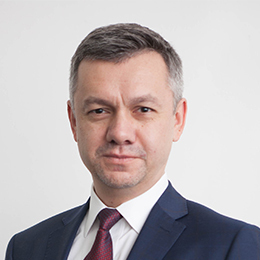 In 1995, he earned a degree in Applied Mathematics from the Moscow Institute of Engineering and Physics.

In 2015, he earned a law degree from the Moscow University of Finance and Law.

2011—2013: Head of the Specialized State Unitary Enterprise for the Sale of the Property of the City of Moscow. 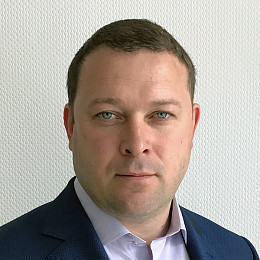 2012–2016: held the position of Project Manager in the Construction Contract Implementation Service of MonArch Concern CJSC.

In 2012 was awarded with the Certificate of Merit by the Ministry of Regional Development of Russia.

In 2016 received a gratitude letter form the Mayor of Moscow.

In 2016 took the position of Deputy Director General of VDNH JSC. 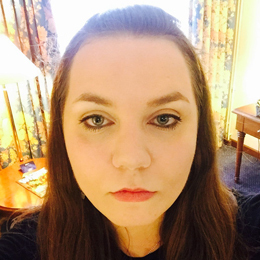 Ekaterina Mochalina
Head of the Department of Museum-Exhibition, Educational and Excursions Activity at VDNH

She graduated from the Penza State Pedagogical University with a major in journalism and philology in 2007.

She graduated from the Penza State Pedagogical University with a major in journalism and philology in 2007.

From 2007 to 2010, she was employed by the Winzavod Contemporary Art Centre.

From 2010 till 2012, she managed a range of projects in the field of contemporary culture.

From 2012 to 2014, she held the position of Director for Projects at Marka Agency (Director for urban projects: Night at the Museum, City Day, the Best City on the Earth etc.). 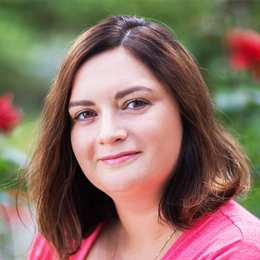 From 2000 to 2004, she was employed by Dermatovenerologic Dispensary No. 27 in the North-West Administrative District as a computer operator.

From 2004 to 2007, she held the position of chief specialist, team manager and head of department in the Prefecture of the Central Administrative District of Moscow at the Likom Center State Unitary Enterprise.

From 2007 to 2008, she worked as a chief specialist and advisor of the State Civil Service in the Prefecture of the Central Administrative District of the Moscow Government.

Since 2015, she has been employed by VDNH, holding the position of Head of the Administrative Department. 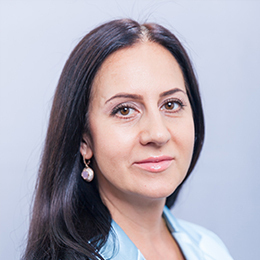 In 1994 graduated from the faculty of economics and management of the North Caucasus State Technical University. In 1998 earned a Ph. D in Economic Sciences at the Moscow Aviation Institute.

From 2003 to 2011 worked for Russian Aluminium (RUSAL), where she was in charge of the internal audit of financial and operating activities and the evaluation of acquired assets, the optimization of business processes, and the functional audit of enterprises and personnel. From 2007 to 2011 she managed the organisation and management integration project.

From 2011 to 2014 she was in charge of the operational management of services for visitors to the Olympic Park during the 12th Olympic Games and the 11th Paralympic Games in Sochi as Deputy Venue General Manager.

Natalya has earned State Awards of the President of the Russian Federation for the preparation and running of the 12th Olympic and the 11th Paralympic games in Sochi. She has also published 12 scientific publications and one monograph, and was awarded an international certificate in the sphere of lean manufacturing — The Japan Kaikaku Experience. 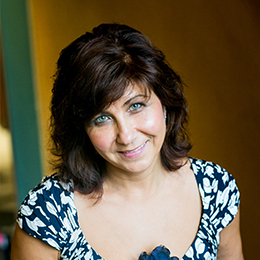 In 1987 graduated from Moscow Institute of Engineers of Geodesy, Aerial Photography and Cartography.

Since 2011 has worked in the following departments of the Government of Moscow:

Since June 2018 has held the position of Head of Department CIS Countries Cooperation and Foreign Relations at JSC VDNH. 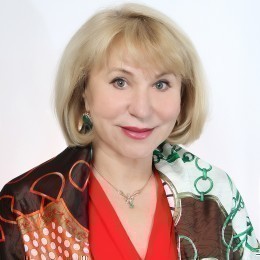 In 1974, she graduated from Moscow Forest Technical Institute with a major in automation and telemechanics.

She received a candidate of sciences degree in pedagogical science on February 8, 2002.

She has been employed by VDNH since February 1987. She was promoted from the head of the Department of Social Service and Development of VDNH USSR to deputy head of the Directorate for Work with Personnel and Social Policy at VDNH.